My attitude is pragmatic.  I participate in the hobby in order to obtain autographs from people I genuinely admire, but I have been guilty on occasion of buying signed merch from artists I’m not interested in, with one eye on the future value.  I’m usually too lazy to list stuff on eBay, although I have no moral problem with how the secondary market operates in our capitalist economy.  As others have already said so succinctly, it is what it is.

If I’m going to buy stuff by people I’m not a fan of, I’m more likely to bite if it’s priced low to begin with.  Elton and Ed Sheeran are two such recent examples.  Like them or not, I recognise that they are major stars, and at 99p their recent singles were too generous an offer to pass up.

I had the chance to buy the Thom Yorke book, when it was still available via Waterstones, but decided to pass.  I’ve never been a fan of Radiohead, and whilst I recognised the resale potential immediately, it’s not all about chasing the money, for me.  I slightly regret that decision now, but only slightly.  I’d rather spend my £30 on something I actually want, like the Janelle Monae book.

Sometimes its good to throw the cat among the pigeons,were never going to all agree but people should be free to post what they like within reason it is perfectly reasonable for me to point out that many of the books were available on e bay and that many sellers had multiple copies if you dont like it dont read it pass it by and get on with your day

Mine arrived in the US today. Very happy with it! 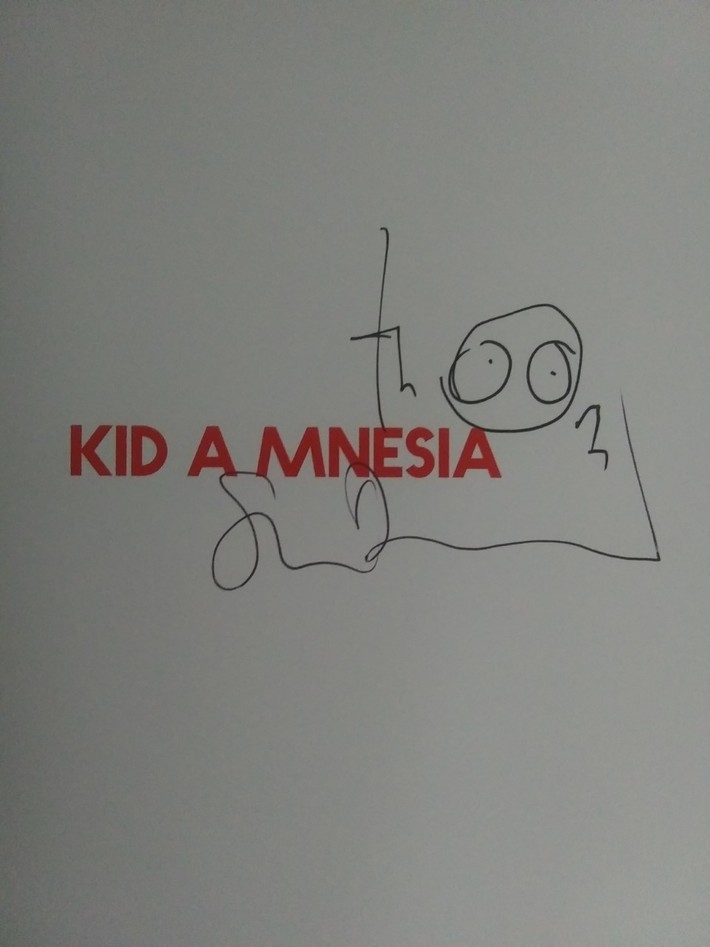 Both of mine arrived! (yes I was able to grab two, one for me and one as a Christmas gift for a close friend, both of us are massive fans)

which one should I keep? I like the top one, with the eyes reading the title.

Both are nice! I'd keep the upper one.

My face is very nonplussed. Has anyone seen one with a half-closed eye? That would be awesome. When I got mine IP in 1996 he wasn't doing eyes - it was an arrow back then.

PS - Keep the top one, easily.

If anyone is looking to get rid of one, let me know. I have some stuff to trade (have Dave Gahan on the way) and I can pay $. Thanks!