Thoughts on this Alec Guinness autograph (with others)?

I would appreciate your opinions regarding these autographs.

On the first side of this autograph card, it is signed by Alec Guinness and Diana Churchill. It was signed on the 18th of February 1952. They were both in the play 'under the sycamore tree'. Attached to the card is the names of three actors in the play (including the two motioned above) which has been cut out from the programme of the play.

On the other side of the autograph card, it has been signed by Googie Withers, Michael Redgrave and Sam Wanamaker - From the play Winter Journey. These were signed on the 11th of February 1952.

All of these autographs were obtained at at Royal Lyceum Theatre in Edinburgh.

I bought this autograph card because of the Alec Guinness autograph, and because of all the visible provenance that can be seen with it.

I just wanted to confirm my thoughts and see what your opinions on these autographs are. But from the research that I have done, they all pretty much look spot on. 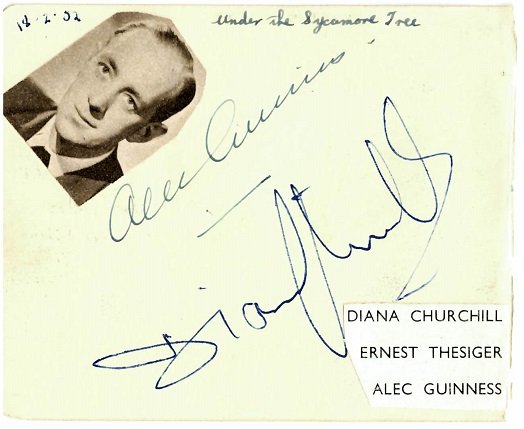 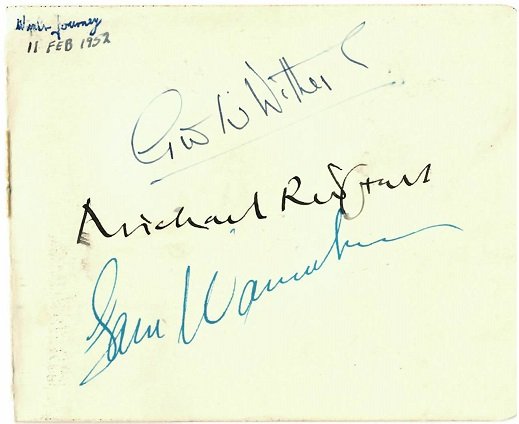