Today is going to be about the dozens upon dozens of forged/counterfeit Kobe Bryant "2000 Upper Deck Ovation" cards that sold on Ebay following his passing today.

I still cannot comprehend the people that would take advantage of the emotions of people following the passing of Kobe Bryant.

These are people who have no conscience.

I will also be posting a similar blog on Ebay seller Daniecarchi_0.

I have saved all of the screenshots from their sales and will continue to do so.

The people who are buying these are, unfortunately, blinded by emotion.

They can't think straight enough to ask "How does one seller have dozens of this particular card."

Ebay seller BC-Jack, the dirtbag that he is, ended up selling 31 forged/counterfeit Kobe Bryant cards.

This card was a tough pull from that product.

It's unfortunate that a lot of collectors/people are getting ripped off at card shows buying this garbage.

Since Kobe's passing, 98% of these cards on bay that have been listed or sold are the forged/counterfeit version.

First, immediately below is a link to the "Sold Auctions" of the card.

Below is an image showing three (3) of the forged/counterfeit Kobe Bryant "2000-01 Ovation" card sold by Ebay seller Bc-jack.

All three are identical.

Ebay seller Bc-jack is either using a stock photo in each auction at they wait for more counterfeit cards to be printed or they are simply copies of the identical forged card.

Click your mouse on the below image to get a closer view.

I won't reveal the details of the counterfeit errors.

Below is an authentic Kobe Bryant on that card. 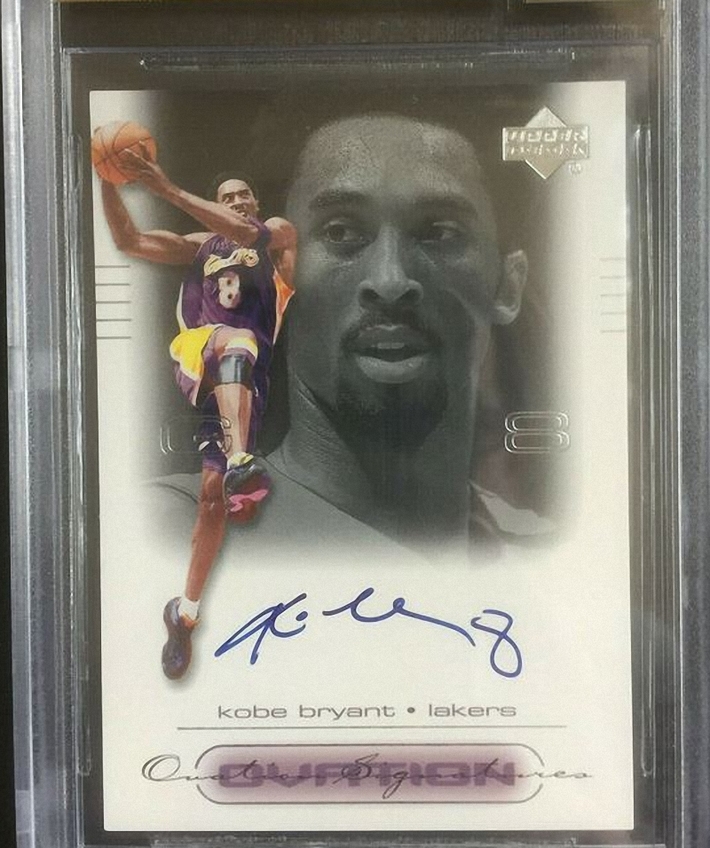 I wanted to post to get it our fast.

I will be posting more in the near future.

Here's another example of a forged/counterfeit Kobe Bryant.

Penned by a moron.

The chipping on the card is another sign that it's a counterfeit card.

The authentic versions of this card had no chipping issues. 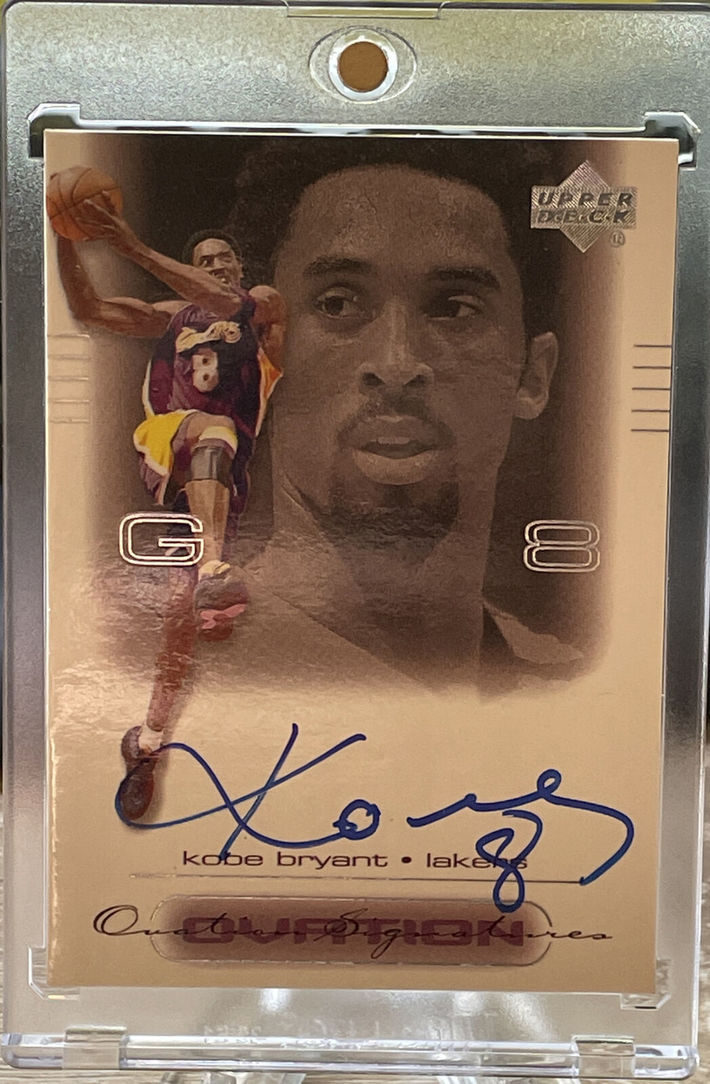 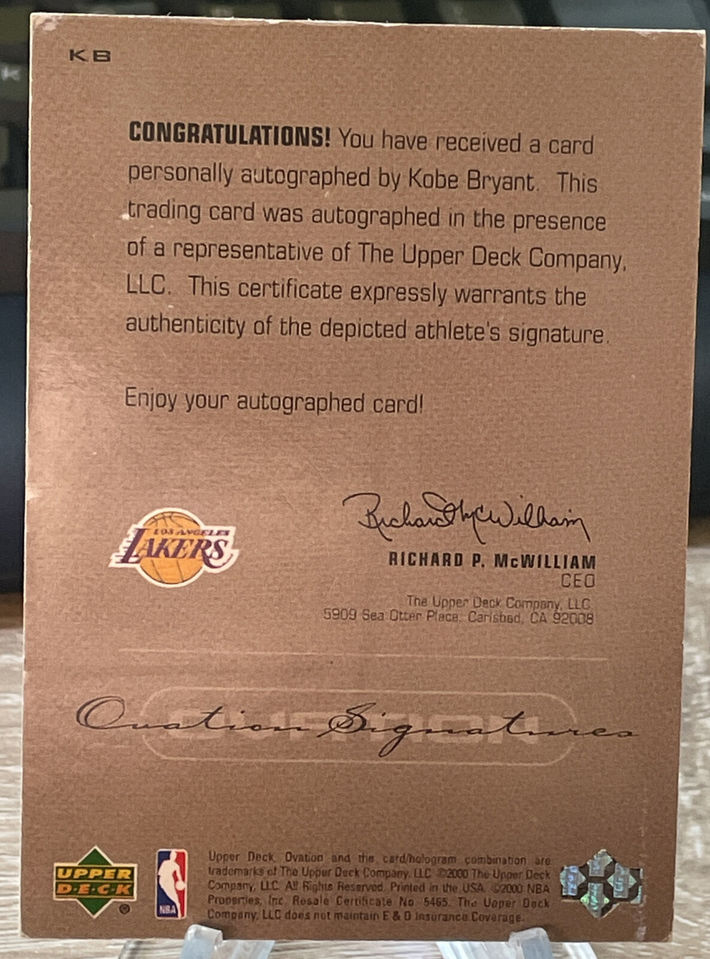 Great work, these people are beyond sick! Hopefully, just one person who purchased from these scammers will see your post and warn others!

The word has to get out.  98% of these on Ebay are the counterfeit versions.

he should be in jail or in hell

Ebay seller Bc-jack has now sold 31 of these in less than 8 hours.

This similar one sold for $250

They are a seller of other forged/counterfeit cards.