A Woody Harrelson teaser, but the night was pure Peter Frampton

While waiting in line outside last night (5/26) to attend the Guitar Center (Hollywood location) in store interview and album release of rock legend Peter Frampton, Woody Harrelson comes riding up on his Triumph motor cycle. After being told by security to park it in back, he then comes walking up to the store entrance. Seeing my chance for basically a freebie signature, I asked him for his autograph. Right away he said no, he doesn't sign, blah/blah/blah......... . I indicated that if he feels I might sell it, he can sign it to myself and my wife (all I had was an over sized business card). As he entered the store he said he would "think about it".

Upon leaving about 20 minutes later I asked him again and he said he really does not like to sign. I told him its really no biggie anyways and that just so he knows, I am not a seller or a dealer, I'm just a collector and am here to see Peter Frampton later on in the night. I told him "whatever" and "take care". He then asked what do I have and what is my name. He then to my surprise signed this business card that I had. I thanked him and we shook hands and off he went.

I still crack up at the amount of effort these celebs go to simply to say "no", when a yes including the time it takes to sign often is just a few simple seconds (especially when there is no crowds and just a one on one). 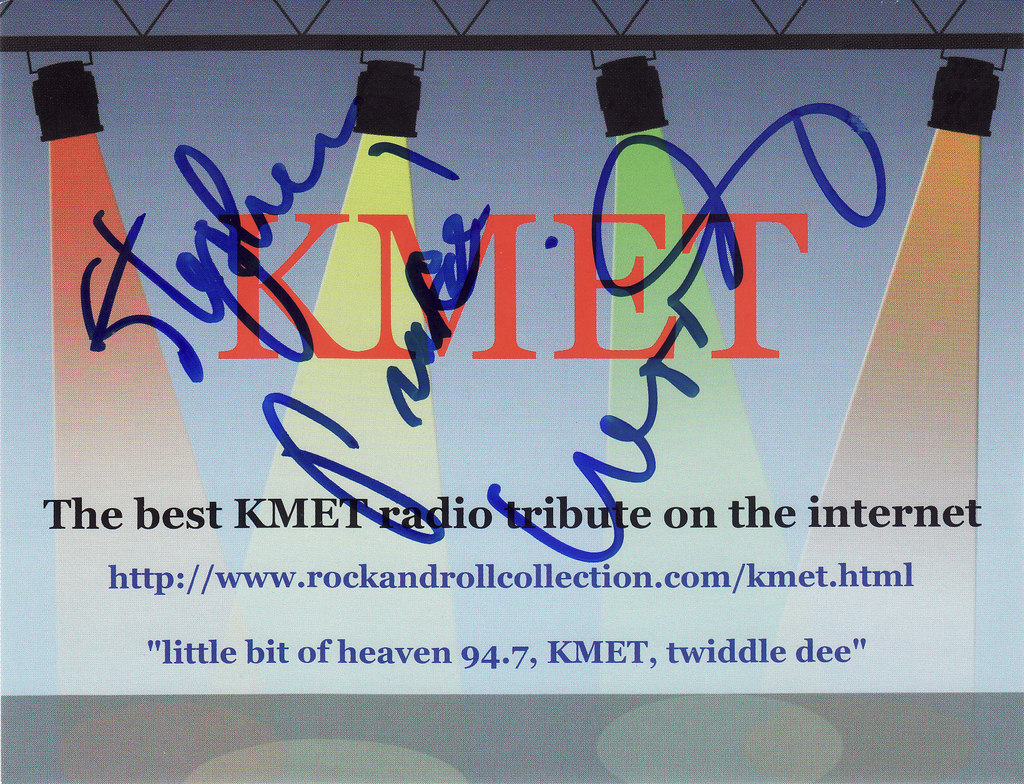 Here is the autograph.

Comment by Stephen Duncan on May 27, 2010 at 4:59pm
A Woody Harrelson autograph means nothing to me, nor does he. However, the opportunity was too good to not pass up. Besides, half the fun is sometimes "toying" with these celebs. All in all he actually was in a good mood. It was fun. More power to him...........

Comment by mark peterson on May 27, 2010 at 9:48pm
You scored, he rarely signs.I see him around at the market with his kids or at shows and I never ask him because he just never signs much anymore.He avoids it for sure.He can get around on Maui without the hassles more than over on the mainland.Last year when his film premiered over here, he left quickly after it was over and normally the artist will stay afterwards to meet people.

Comment by Josh Board on May 28, 2010 at 9:15am
Great story. I would've told him I loved him in last years The Messenger, and brought up a specific scene, so he knows I really saw it.
But yeah, you're right. The amount of time they bitch and moan about it, is baffling.

Comment by Stephen Duncan on May 28, 2010 at 2:16pm
Great point Josh, however, I know very little about his films. He means little to me as an actor as well, and the one film I did see, "Natural Born Killers", I thought it really sucked.

Josh brings up a great point: Do your homework and know what your really talking about. If I knew I was going for him, I would have been prepared. This was all an unexpected fluke.

Comment by David Catlin on June 4, 2010 at 2:23pm
My stepson is in the army, and was injured in Afghanistan back in October. He has been in and out of Walter Reed ever since. He has been visited by many celebrities over these last few month's included Woody Harrelson, The Boss, Terry Bradshaw, Howie Long, Jimmy Johnson, Gary Sinise, and several others. They have all come to the hospital unannounced and have spent a lot of time with the soldiers and have all autographed anything and everytyhing they want. Woody Harrelson signed a picture, the Boss signed a book and sevral CD's and they all took pictures with my stepson and his wife. I just thought your story was interesting about Woody Harrelson.