I always find it interesting when historic things end up being for sale. The price is always outrageous, but it’s just interesting to think that people saved these items. The two latest ones are strange. The French Quarter antique gallery is asking $795,000 for the binoculars that….Dudley Moore used to spy on Bo Derek in the movie “10.” Okay, okay, I’m joshing. It’s for the binoculars that Abraham Lincoln was using at Ford’s Theatre on the night he was assassinated (side note for the young folks: the Ford Theatre has nothing to do with Dr. Ford).

The opera glasses were previously owned by the Forbes family (yeah, that family). They purchased them for $24,000 back in the late ‘70s. They were apparently picked up by Capt. James McCamly, a military officer, who then passed them down to descendants. 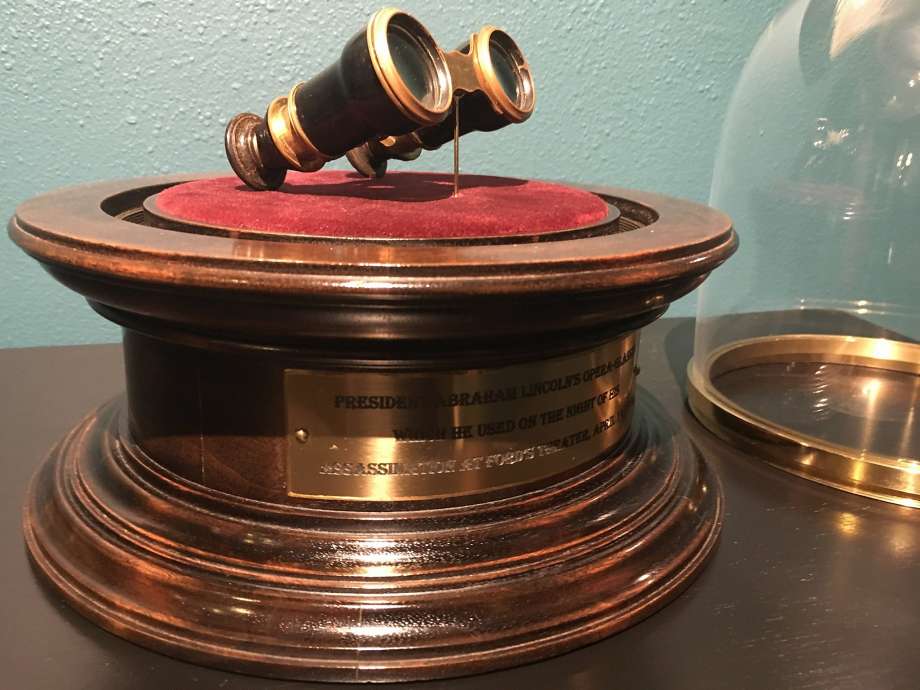 The current seller is supposedly in his 80s, and having health issues. The binoculars, if you’re interested, are said to have a crack in them, as if they were dropped. Ya think?!

Anyway, if that is a bit too morbid (or expensive) for ya, here’s another story. At the Fort Ticonderoga museum in New York, you can see locks of hair from Revolutionary War general, then traitor, Benedict Arnold and his wife Margaret. His hair was recently rediscovered in the museum’s collections and had been preserved by the family. This site obtained the hair in the ‘50s. I’ve written before about how hundreds of years ago, saving a lock of a deceased family member’s hair, or famous people including a lock of hair in a letter, was a common practice.

Arnold helped capture Fort Ticonderoga from the British during the opening weeks of the Revolutionary War. As of now, the hair isn’t for sale.

First, I had no idea Lincoln had a pair of opera glasses he was using that fateful night. Second, I would have thought they would have been in a museum somewhere, not on the open market.  I've often wondered what became of the knife that Booth used to slash Major Rathbone when Rathbone tried to subdue Booth. BTW, in later life, Major Rathbone went off the deep-end and eventually committed suicide. There's no evidence that Major Rathbone's psychiatric problems stemmed from the trauma of the Lincoln assassination.

As for Arnold's hair, I don't know, but hair of famous people has always creeped me out.  Still, interesting.

I agree with all those things you said BG

I tell you, Josh, who had a very interesting and influential life and was directly connected to Lincoln's assassination was the actress Laura Keene. You may recall she was the star of the play "Our American Cousin" Lincoln was watching when shot. She made her way to the viewing box were Lincoln lay and cradled his head in her lap. Mrs. Lincoln was hysterical and as usual was only in the way. Laura saved the blood stained costume dress for years. In later life, she became a theater impresario--very unusual for a female. She even vented the concept of the "theatre circuit" which, unfortunately, didn't work because of the lack of effective communication technology.  There's a great bio available of her on Amazon. She's one of the much more interesting people who had a direct connection to that night.

That's interesting. I only knew a little about her.

Yes, I saw that episode of Pawn Stars. The expert with the beard and hat pretty much proved it wasn't in the Lincoln White House.

I hear that Lincoln signatures are only worth 12 dollars, anyway.