Are You Anybody? -- The Jeffrey Tambor/Lonzo Ball Edition 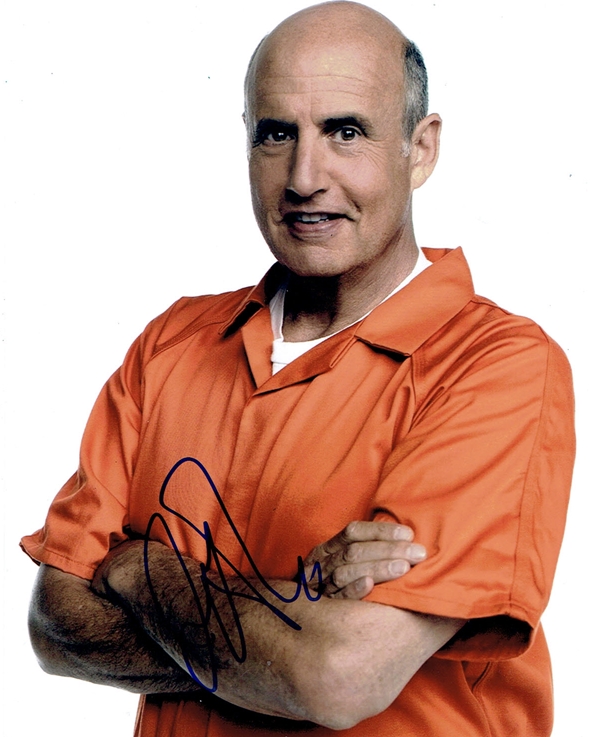 I met actor Jeffrey Tambor at an event and told him how much I loved him in “The Larry Sanders Show.” He grabbed my hand, thanked me, and talked about how much that show meant to him and what it did for his career. We had a nice chat about the show. I was tempted to bring up the episode he was in of “Taxi” which was terrific. I thought about telling him how much my sister loved him in “Arrested Development.” I thought about asking him if he knew “There’s Something About Mary” would be so damn funny. But sometimes, you don’t want to overwhelm the folks you’re talking to. And he kept getting praised for his award winning role in “Transparent,” so I just stuck with my love of “The Larry Sanders Show” and of course...I got his autograph before I went to mingle with others at the party.

In the Sunday newspaper “Parade” section today, I read an interview with Tambor regarding his memoir called “Are you Anybody?”

Stephanie Stephens asked what the inspiration of the title was, and he replied, “I was doing [the play] ‘Sly Fox’ on Broadway back in 1976. Every night, an autograph-seeking fan stood outside the stage door and asked ‘Are you anybody?” as I walked past.”

I thought that was an interesting story, as all of us autograph collectors have been in a situation where some dope standing nearby said or did something similar. And it made me think of another story in the news recently.

As somebody that has been playing basketball since the age of 7, I have a love/hate relationship with NBA stars and their shoe brands. My parents wouldn’t buy me any leather Nike or Addidas shoes, saying they were overpriced. I had to save my own money, after being made fun of on one of my basketball teams for having some cheap, Kmart brand shoes. 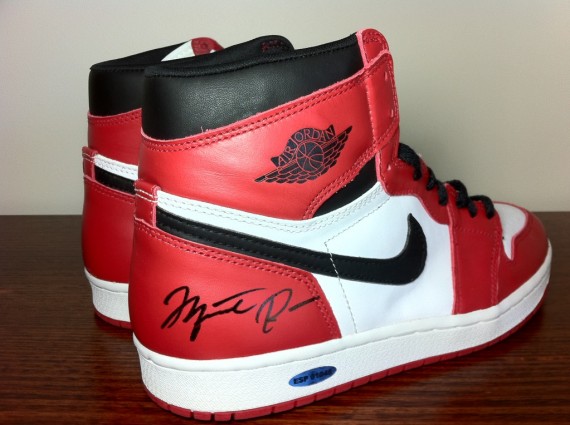 I was in 9th grade when a guy on my JV basketball team bought the first pair of Air Jordan’s I had ever seen. They were a gaudy red and black, and cost his dad $100 (he was a lawyer and could easily afford it). It blew my mind that somebody would pay that much for a shoe, despite what player endorsed it. 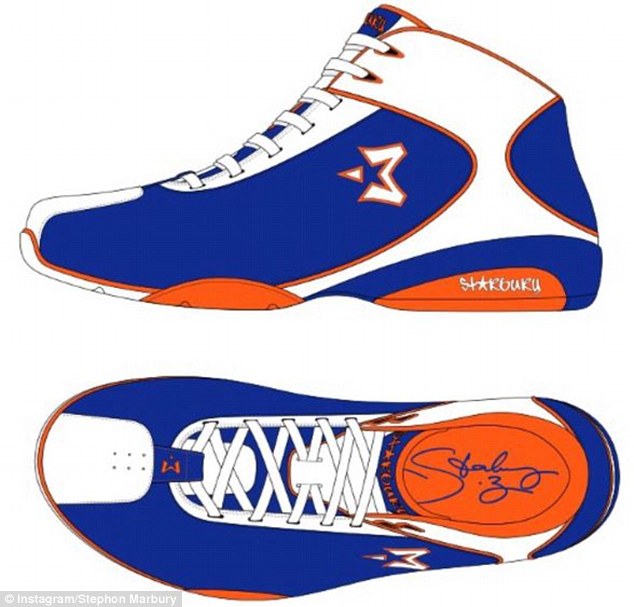 It’s interesting that shoes have become such collectibles now. There are people with hundreds of pairs that they never wear, but display. Now, I totally understand owning a pair of Shaq shoes and having them autographed...but I digress.

The point of this blog is about the biggest NBA story of the week. It involves the psycho nutjob father that has three amazingly talented sons that play basketball. One of them, in a high school game earlier this year, scored over 100 points in a game. His other son had a terrific freshman year playing for UCLA, and is heading into the NBA draft (where he’s expected to go as one of the top picks). His dad LaVar Ball coaches the youngest son, and I’ve seen him scream and yell and act like a buffoon on the sidelines of games. Often times he runs up the score when his team has already clinched it, or he’ll have his son cherry pick for easy baskets. Well, this father has made statements about how he would beat Michael Jordan if he played him one-on-one (a strange thing to say when the guy only averaged 3 points a game when he played college ball). He’s said his kid would beat LeBron James’ kid in basketball, to which King James told him not to talk about his kids or his family. Basically, everyone thinks this guy is nuts, but his weirdest statement came when he made an announcement about shoes. He said that whatever shoe company wanted to sign his son to a contract, they’d have to give all three kids a contract, and it would have to be for a billion dollars. That prompted the big shoe companies to say that they have absolutely no interesting in signing Lonzo Ball, the Bruin star and future NBA player, to anything. They probably figure even if they signed him to a decent shoe contract, the dad would just be a cancer that turns everybody off on the Ball ballers.

LaVar Ball decided his sons didn’t need the big shoe companies. He went to Taiwan and had his own shoes made under the name “Big Baller Brand,” and announced that they’ll sell for $495 a pair. Nope, that’s not a typo. I know, it should read “$49” because nobody will spend a penny over that. Especially for a guy that hasn’t proven himself in the league.

For those of you that are autograph collectors, you can buy a pair for $900 signed by Lonzo, that also comes in a locked, glass case. Sports shows had a field day with this topic, and it keeps getting better. LaVar said he’s already sold 5,000 pairs in four hours, but website hits suggest it’s probably closer to 200 pairs.

Former NFL star receiver Chad Johnson ordered a pair. Yet he was never somebody that made the best decisions (remember when he changed his name to Ocho Cinco?)

The shoe is called the “Z02.” Not sure what that means, and sounds more like a shoe Alonzo Mourning would’ve marketed.

The shoe companies said they talked briefly with Ball, but he had prototypes for a shoe. They didn’t just want their name slapped on one of their shoes.

I’m guessing that after the initial buzz, when Mr. Ball realizes nobody wants to spend so much on shoes, he’ll lower the price. Also, they have a no refund policy. So, you’re ordering shoes for $500 that you can’t try on, and just have to hope for the best.

I’d also say...you should try to get Lonzo Balls autograph now if you meet him in person. It won’t be long before the dad, who is trying to give Kris Kardashian a run for her money, tells his son not to sign autographs unless the fans pay first.

Jeffrey Tambor was awesome in the movie "......And Justice For All" that starred Al Pacino.

Dang. I didn't remember him in that. He's played a lawyer in a few things.

Comment by John Kimball on May 25, 2017 at 11:48pm
wondering why there are holes in the display case? could easily let dust in?

Many Thx for sharing this article, always cheeful :)