As a movie critic, if a film has scenes with autographs in them, I like to let you guys know. The latest is the movie “Birdman.” It stars Michael Keaton, Edward Norton, Emma Stone, and Naomi Watts. I’m sure most of you have seen the scene in which Keaton is walking around New York in his underwear. This happened because he’s backstage smoking, in a robe, waiting for his last scene in the play. The robe gets caught in the door and nobody is there to open it. He has to leave the robe there and walk around the building. Well, since he plays a famous actor in the movie that did some action/superhero movies called “Birdman” people recognize him and start filming and taking photos. One guy comes up to him and says, “Hey Birdman, can I get your autograph?”

He signs the guys magazine as he keeps walking. The scene was good, but ultimately, the movie was disappointing (my review is right here: http://fox5sandiego.com/2014/10/22/birdman/ )

Now, these stories seem to pop up every few years. They usually involve people that collect Hitler and Nazi memorabilia or Charles Manson stuff. Filmmaker and musician Rob Zombie has a “haunted house” near his suburban Chicago house, with an entire room dedicated to John Wayne Gacy. To clear things up for the young folks, this isn’t the actor that was in westerns, but the serial killer that dressed up like a clown.

Two former prosecutors who helped convict Gacy said this is hurtful to the many family members that still live in that area.

Robert Egan is one of those men (he teachers law in the area) and he told The Daily Herald in Arlington Heights, “I don’t argue with Rob Zombie’s right to do what he’s doing, but it’s a shame that what he’s doing is causing the victims’ families pain.” 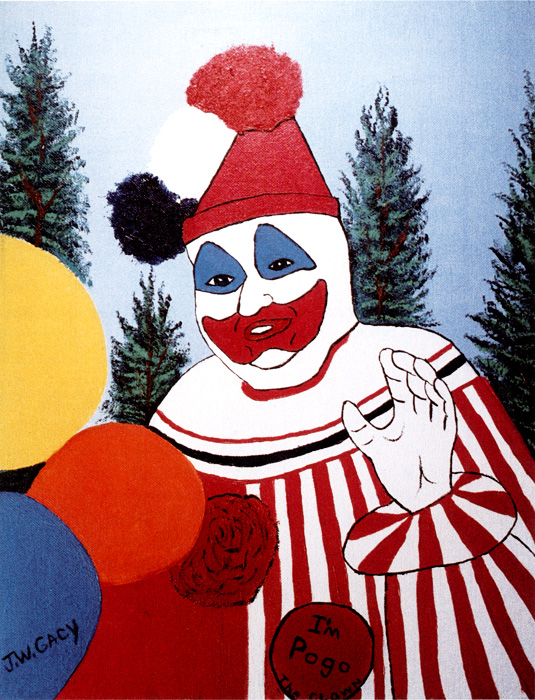 Rob Zombie has told various reporters that he finds the Gacy room “Funny.” (I immediately cue to Joe Pesci yelling at Ray Liota, “How am I funny?”)

Steve Kopelman, the man who is the haunted house’s producer, explained that true-crime rooms dedicated to people like Gacy or Manson, are meant to be shocking to visitors.

Well, if this is of interest to you and you’re in the Chicago area, it costs $25 to $60 to view the various displays.

And I’m sure it won’t be long before we see the next piece of “art” from Manson or Gacy up on eBay.

Thanks for the review, Ive been thinking about seeing it but now I will wait till it comes out on cable. My three favorite movies > How green was my valley, A tree grows in Brooklyn, Best years of our lives.