I'm friends with a guy that used to be Jay Leno's mechanic. We all know Leno has an insane car collection, and so does this mechanic. One of his cars is a silver and black Jaguar that Cary Grant owned. 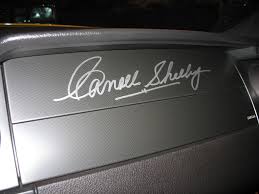 When I went to a party at director James Cameron's place in Malibu -- I had autographs on the mind. Not only did I bring a few DVDs for him to sign (I waited until we had had a few good conversations about other things, so he wouldn't think I was some bizarre fan). He gladly signed the Strange Days and Titanic DVDs.

I wanted to ask him about his Shelby Cobra in the driveway, which was autographed on the dashboard by Caroll Shelby. That, would be one autograph I'd love in my collection.

At a car show once, I saw a dashboard that had been autographed by George Barris. I asked the car owner if that was the guy that hosted The Gong Show (that was Chuck Barris, and I was emBARRISed). Well, I thought about that the other day when I found out the legendary custom car builder died at 89.

He built the original Batmobile and was a big part of the car culture in California.

He also did the Munster Koach for the Munsters, and he designed "Black Beauty" that Bruce Lee used in The Green Hornet (would love to have that, signed by Barris and Bruce).

He had built cars for Burt Reynolds (who was recently selling his Trans-Am, a car Barris didn't build), Sinatra, Elvis, and even Sly Stallone. 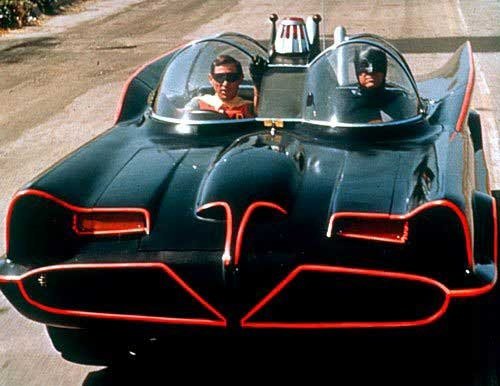 His original Batmobile, a Lincoln Futura, sold at auction a few years back for over $4 million. His Ala Kart and Hirohata Merc, are also valuable (but wouldn't bring in that much money).

George and his son Brett did an autograph signing last summer at a car dealership in L.A., promoting their book "King of the Kustomizers: The Art of George Barris." As always - pretty interesting and a good read.

(aging us:  I remember Chuck and Jaye P Morgan, hated the "Unknown Comic".... but the rest of that show was kinda entertaining (and stupid lol).  What a weird era that was).

I went to a retro-collectibles show 2 years ago and the promoter made the genius move of hiring a look-a-like Batmobile (from the Tampa area, I believe) to appear at the show. He had them park it right outside the venue, in clear view of the heavily traveled street. All day long, it slowed traffic down as people tapped on the brakes to get a look, and inevitably, turned into the parking lot, lol. There were two women dressed up as Batgirl who would pose with you for pictures in front of the car, and they were busy nonstop! And it wasn't even a really great imitation Batmobile- the bat insignias were bolted on, the paint was kind of faded but it just didn't matter- people flocked to it- and it was all ages, not just the older fans!

Maybe someday, I'll win the lotto and be able to get a Batmobile!!

awesome as always josh but what about the monkee mobile lol!

Wait, what? The Monkees had a car? I never knew that. Although, I never watched the show, and wasn't the biggest fan of their music (although "Steppingstone" is one amazing song!)