I haven’t gone to Comic-Con the last few years, but I always try to find good autograph stories from friends that have attended. Nancy Gutierrez told me a great story about being able to get into an autograph signing with the cast of “The Walking Dead”. Since I’ve heard so many horror stories (no pun intended) about people going to “meet-and-greets” and not being allowed to get autographs, the story she told me was refreshing. She said, “They were so nice, talkative and funny. It honestly changed my view on stars. Especially Colman Domingo and Alycia Deman-Carey. Colman was talking with us and going on about him being left handed, because I am, and one of my friends there was, too. One of my friends mentioned to them that my daughter looked like Alycia, so Colman wanted to see. So I showed them photos and they agreed. Not once did the actors or actresses try to push us out quickly. Alycia even signed something for one of Ashley’s friends who is a huge fan but wasn’t there, and personalized it. We really felt like they cared and wanted to be with the fans. In fact, I was not taking selfies with them because I don’t do that. They asked to take one with me and used my phone! It was such a great experience. This cast really seemed to care about the fans. They seemed like they were enjoying it, and it was quite refreshing, as I’ve been to Comic-Con many times and a lot of stars are rude and seem like they’re annoyed the fans are there, when really there are only there because of fans.” 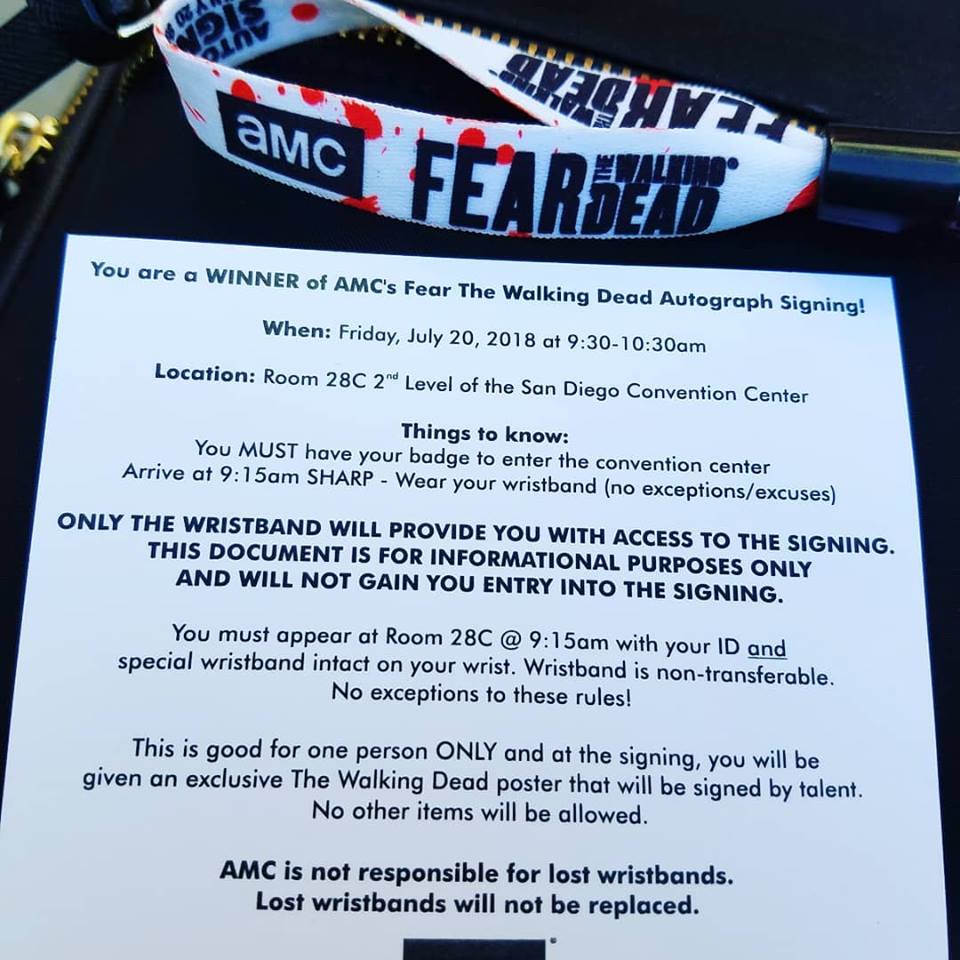 I told her when my wife met Norman Reedus at an awards show, he was really nice, too.

The other autograph story I got wind of made national news, and it brought up a bad memory for me.

The cast of the latest “Halloween” remake was there. Now, during Q&A portions of a panel, the people asking questions are told not to ask for autographs or photos, but to merely ask a question. That makes sense, because one of the halls that gets the biggest shows and movies, holds over 6,000 fans. If each person asks for an autograph, or for a celeb to record an outgoing message on their phone...it takes too long and isn’t interesting to anybody but that one person. Well, a guy named Jeffrey Scott stood up and talked about a knife-wielding burglar that once broke into his house. He said, “I was scared out of my mind and out of nowhere, this thought inside of me went, ‘Well, what would Jamie Lee Curtis do’? To make a long story short, I’m here today because of the way that you portrayed Laurie Strode. I’m a victor today instead of a victim.” He got a little emotional at that point, before finishing by saying that Curis was the only reason he came to Comic-Con.

Curtis walked from the stage to give him a hug. Moderator Yvette Nicole Brown said “That’s amazing,” before adding “Sometimes selfies heal, too.” 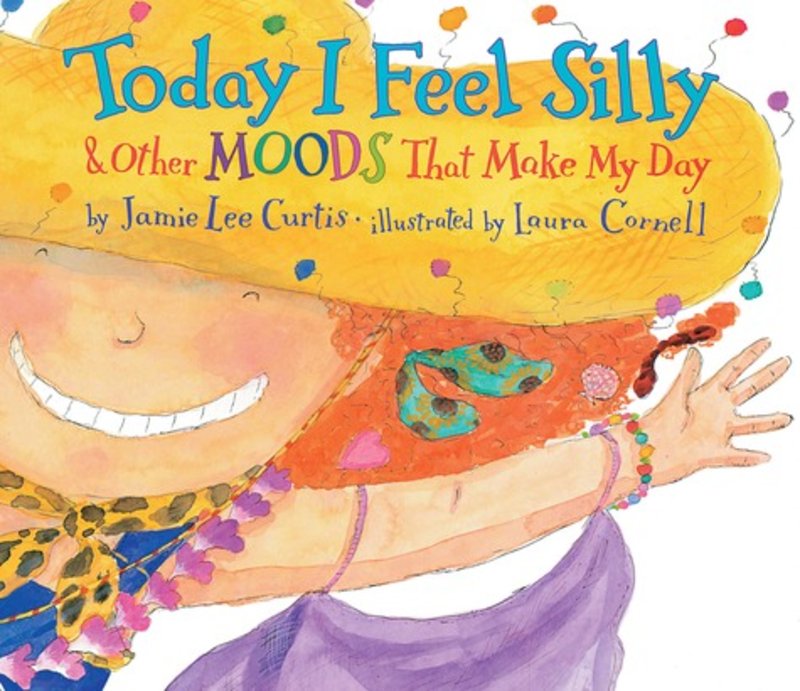 Curtis spent a few minutes with him, and took a couple of photos. And that was a far cry from my experience with Curtis, and it wasn’t a selfie I wanted. I wanted her to hold up Autograph Magazine (back when you could still pick it up in newstands). You see, she came into La Jolla for a book signing about 15 years ago. I wasn’t going to go, because it was a children’s book she wrote, and I had no interest in that. But a few months earlier, she was on the cover of Autograph Magazine. I thought I’d have her hold it up, and take a picture of it. I figured my boss would be stoked. I had done something similar when an author friend of mine had written a book, and it had Raquel Welch on the cover. When Welch was in town for a book signing, I brought my friends book. She held it up and smiled, and my friend was thrilled. So, I’m in a line of about 50 people. It’s going so slow, because Curtis is talking to each person about the book and how great it is for kids, and blah blah blah. Well, the woman directly in front of me in line, knew Curtis from college. She said her name and Jamie Lee went nuts. She ran around the table and hugged her, and they started catching up on old times. About 10 minutes into this gabfest, Curtis looks at me and says, “I’m so sorry we’re taking so long, but I haven’t seen this woman in years.” I smiled and said, “No problem.” 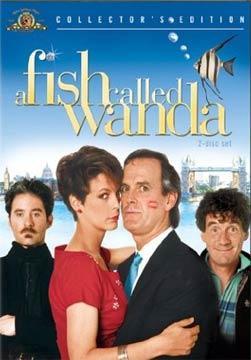 After another 10 minutes of them talking, and arranging to have dinner after the book signing, Curtis apologizes to me again. I said, “Well, you can make it up to me by singing my DVD of ‘A Fish Called Wanda’.” She said, “No, no. I’m only signing books today. But, I can write something about Wanda in the inscription, if you like.”

I then told her I write for Autograph Magazine, and I show her the issue she’s on the cover of. It was a great photo of her, and she seemed to force a smile upon seeing it. I asked if I could take a picture of her holding it up. She said, “No. I don’t feel comfortable doing that. I don’t even know what this story says about me. It might be negative.”

I assured her it was all positive, and it’s all about fans and autographs. She still refused.

So, I have a kids book that has a drawing of a fish, with the name “Wanda” written above it.

I should’ve told her because of that movie, I was inspired to not swallow goldfish anymore. Or I could’ve said that I stopped trick-or-treating after seeing Halloween, or that somebody broke into my home threatening me. It’s all about saying the right thing to the star when you meet them. Otherwise, you don’t get your item signed or a photo.

Anybody want a kids book?

I have a seven year old. Would the book be good for him.

Probably. I don't even know which one of my storage units it's in, though.