President Trump toured the area where a tornado killed over 20 people in Alabama. And, one of those bizarre autograph stories happened. Now, the last time I wrote about a weird autograph story involving Trump, it was when he held the photos up of folks that were killed by illegal immigrants. After he was done speaking, and holding up those huge photos, he autographed them and gave them to the family members. Now, it’s one thing if the family asked him to sign the photos. I can’t remember now if that’s what happened or not. Either way, it was a bit odd. Well, at a Baptist church in Opelika, Alabama, he was signing Bibles for folks. As I watched this on TV, my wife came in and said, “I think only Jesus is allowed to autograph Bibles for people.” It was nice that Trump took a photo with a 12-year-old boy who was volunteering at  Providence Church all week.

I totally understand running into somebody, and not having something for them to sign. And if you’re going to church and only have you Bible. I just couldn’t help think of the hysterical scene in the movie Step Brothers. Will Ferrell’s character is showing John C. Reilly the samuri sword he has. When asked about the autograph on it, he said “That’s Randy Jackson from American Idol.” When asked why he has that signature on it he explains, “If you run into Randy Jackson and all you have on you is this, you have him sign it.”

Reilly agreed with that logic. 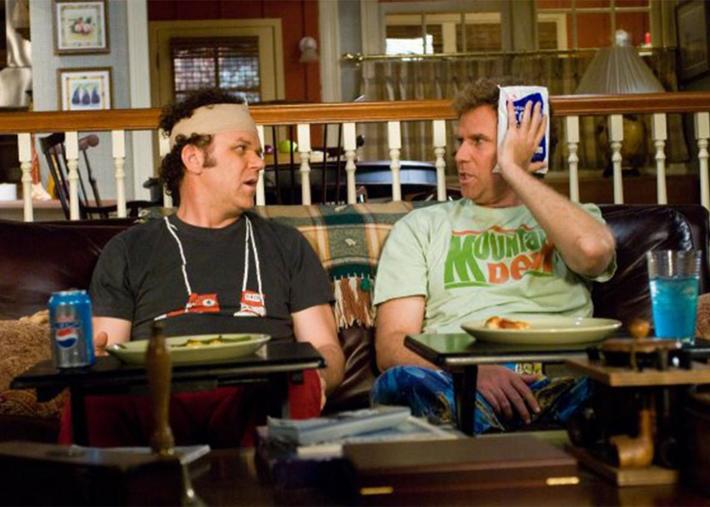 Now, as goofy as I think it is that he was signing Bibles, it’s really a no-win situation. If people asked for his autograph and he didn’t sign, he looks like a jerk. I think of another movie scene from “The Big Chill”. Tom Berringer plays a famous actor, and a kid asks for his autograph at a funeral. The character tells the boy it might not be the most appropriate place, to which the boy then says, “I’ll give you a dollar.”

They were probably convinced he wrote the thing.

He was ask to sign them and did. Not the first President to do so. However, since it was Trump everyone has to be outraged and criticize him. This is called Trump Derangement Syndrome.

American's are blessed to have such a great leader!

I agree with Paul and BC.

Our President would have been criticized no matter what he did.

Let's not make this a "Political" blog, because that's where it's heading.

Thank you Chris.  No matter what Trump did that day, he would have been criticized.  Anyone that doesn't believe that is drinking the Kool Aid.

I'll call it for what it is: Thoughtless at best, blasphemous at worst.

If we can keep the topic on autographs and not on political positions, I’ll leave this blog open. Otherwise I’ll close it.

I dont see the problem really. I'm not necessarily Trumps biggest supporter by any means... But as far as I know majority of evangelicals voted for him. If you feel hes a very religious man, and want your bible signed I dont see any harm. Youre not supposed to write on flags and I've seen presidents sign those.

Plus I'm sure the value of that will be higher than a standard photo or most other things hes signed since its out of the ordinary and got a lot of press. If the person plans to sell it anyway.

Being a president it may have been smarter to say do you have anything else I can sign, just knowing it would cause controversy... But I dont think that bothers Trump .