There was a story I read in one of the newspapers last week. It was all about autograph shops and memorabilia places. Of course, my interest was piqued. Unfortunately, it only dealt with one kind of autograph -- Donald Trump. Specifically, the fact that he's now "President Trump" (no matter how you feel about him, you gotta admit...it's weird saying "President Trump").

One sports memorabilia place that dealt with a lot of autographed baseballs, said that Trump baseballs used to sell for $75 a piece. Once he won the election, he was selling them for up to $200 a piece, and they were selling out. We all know that Presidents autographs have a value. Yet I have a different theory when it comes to Trump. Obviously, there's going to be an initial interest. He was just elected President, how couldn't there be? But...because he went from a reality show guy, and a pop culture reference...I think there isn't going to be a lot of value in the long run. On top of that, the fact that there are lots and lots and lots of autographs floating around. Since he's been a famous rich person for some time -- even before his reality shows -- people were always recognizing him and always getting his signature. When you have more signatures from a person like that, it makes them worth less. All that being said, what are your opinions? 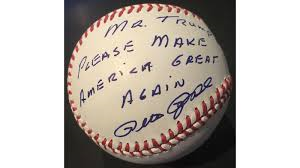 I tend to agree that there will likely be a supply not seen historically with regards to Trumps signature. He has been signing for years and will continue to do so.

The thing that gives me pause though is that I'm betting (and I'm too young to know for sure. I was born in 1980) is the same thing could have been said about Reagan. He came from movies and ended up being one of the great President's in many people's eyes, one who has a highly sought after signature to this day. Time will tell!

There is a difference between Reagan and Trump. Reagan was not a generous signer. Back in the early days most people tried to get autographs through the mail but Reagan generally did not sign that way. His Mother signed for him and probably others probably as well.

Not sure I agree there are a tremendous amount of authentic autographs. Once he started the TV show and became an "entertainment" figure, his office often responded with secretarial signatures. He signed up a storm when campaigning, but frankly these are most often poor quality scribbles.

The most desirable Trump autographs are books and photos from the 80s and 90s when he was simply a CEO/businessman. These were high quality autographs and they are in very short supply.

I recently acquired this one.  I wasn't sure 100% on it but after getting opinions on here, I am pretty confident that its real.  Looks to be his full name, so hopefully will retain if not increase in value.  But I agree - I guess because of my politics.  I just dont see Trump getting the kinda value that say Obama got and is still getting. 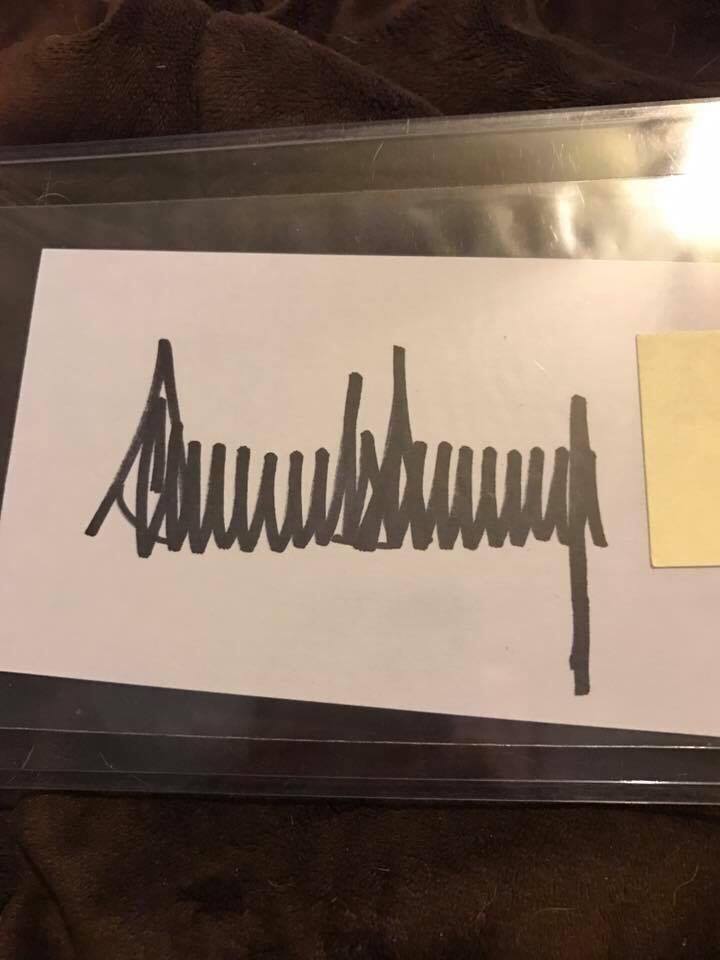 In regards to the Reagan comparison, that's not a good example. Because what I mean about Trump is...not thru the mail, but in person. He was always out and about, and he was a pretty good signer. Not just on the campaign trail.

so josh does that mean that trumps autograph will go down in value?

Here's my take from a non-American point of view - Trump will be a major figure in American history, for good or bad. He led a revolution in American politics, beating the establishments of both parties, the media and America's most powerful political families - the Bushes and the Clintons. Whatever happens in the next 4 or 8 years, he will be remembered and talked about for decades to come. Like an Andrew Jackson figure. I think his autograph will be a good investment.

Popularity and perception will determine his long term value. One thing I can say about Trump is that there is no middle of the road with him. He will either be great or self destruct. I pray for greatness.

its all about supply and demand.  I would not consider his campaign signatures as highly collectible.  but his older style, full signatures, like the one Mark posted, are rarer and more desirable.  And yes, he did use secretaries to sign much of his mail, as most celebrities do.  I believe his autograph will maintain its value, if not increase. I do not seeing decreasing in value. 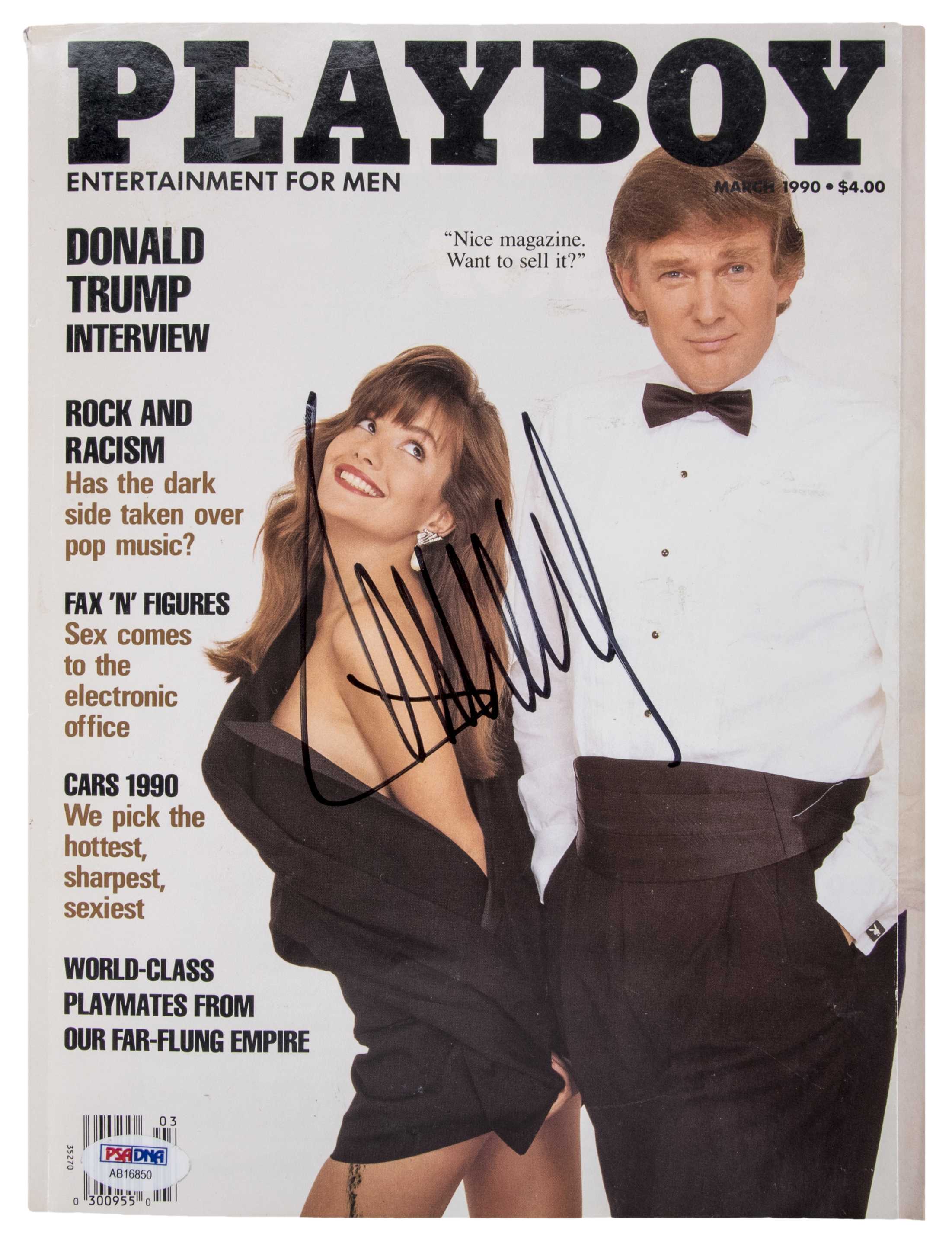