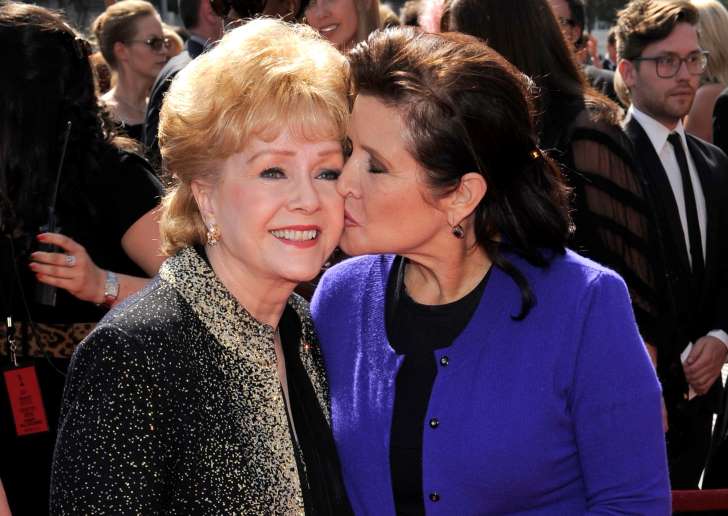 So, we’ve all talked (or thought) about how horrible it is that autograph dealers capitalize on the death of celebrities. I suppose many will think it’s horrible when I say this. Certainly all my friends did when I talked about Prince dying earlier this year.

It’s hard for me to have a lot of sympathy for ANYBODY that dies partly due to the damage they did to their body with drug/alcohol abuse. It doesn’t matter how much of a fan I am of the art they gave us [I say this as a huge Doors fan, and Morrison is a perfect example].

When I heard about the death of George Michael, it’s the first thing I thought. He had a lifetime of battling addiction. When I heard about Carrie Fisher, I thought the same thing. She, like Drew Barrymore, were born into a family of stars, and were doing drugs at the age of 13. It’s a shame, because Carrie Fisher was incredibly talented. Not just her work on screen, although I loved Star Wars. She was fun in The Blues Brothers. And her “wagon wheel” scene in When Harry Met Sally (co-starring Bruno Kirby, who we lost too young 10 years ago), might be one of the funniest scenes I’ve ever seen on screen.

Now, when I heard about Debbie Reynolds being rushed to the hospital, and then passing away -- it broke my heart.

We all know her movies. She was the unsinkable Molly Brown. She was Tammy. She was in the classic “Singin’ in the Rain” and “How the West Was Won.”

Of her more recent appearances, she played Liberace’s mother in ‘Behind the Candelabra.” My favorite performance is in “Mother,” starring one of Hollywood’s most underrated comedians, Albert Brooks.

Reynold’s didn’t always have the best relationship with Carrie Fisher, but then, Fisher was bipolar and had a lot of other issues. She wrote about the relationship in the best seller “Postcards from the Edge.” In fact, Fisher has done a lot of writing that you should seek out (Surrender the Pink and Wishful Drinking, to name two pieces). She had a knack working with the pen (and even doctored many scripts in Hollywood).

As a movie critic, and long time DJ, I’ve met many celebrities. The only time I saw Fisher in person was at Comic Con about 10 years ago. She was selling her autograph for $35 (I believe $10 more if it was a Star Wars item you wanted signed). It’s one of the reasons I don’t have a problem with people trying to profit off those signatures now by selling them [side note: the whole idea of selling autographs turns me off, but not more so just because somebody is trying to time it right]. I met Debbie Reynolds a few months after I saw her daughter at Comic Con. She was in town to perform a concert. I was surprised at how short she was in person, and how incredibly beautiful she was for her age.

I had her autograph my album for her movie “The Singing Nun.” The only reason I had that soundtrack was because I interviewed one of the songwriters involved in it (P.F. Sloan, who wrote many ‘60s hits, including “Secret Agent Man” and “Eve of Destruction”). When I asked her to sign it, she asked politely, “Do you want it personalized or not?”

I responded, “Sure. Make it ‘To Josh’.” A security guard said to me, “Why wouldn’t somebody want it personalized? It was strange that she asked that.”

I explained to him how the dopey autograph dealers don’t want them personalized, because they’re trying to sell them.

Perhaps Reynolds was polite to autograph collectors, because she was a collector herself. She had many dresses, outfits, and props from Hollywood movies. They ended up in a casino she owned (which ended up going bankrupt). She made a lot of money selling the items, which included a Marilyn Monroe dress.

Reynolds was 84, had been nominated for a few Oscars, and although she had a few ugly divorces (one husband had a gambling problem that left her millions in debt)...I think she had a good life that she enjoyed to the fullest.

Her son said she left us to be with Carrie. And I love nothing more than thinking of that nun flying high into the sky.