Musical Update plus a guitar question 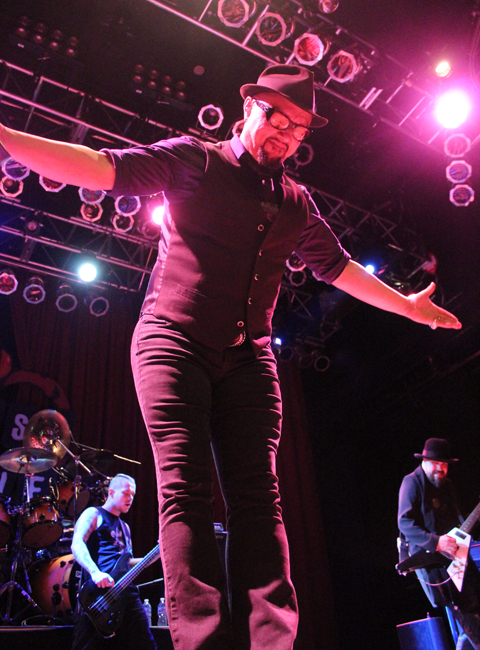 One of my favorite vocalists, Geoff Tate from Queensryche, brought his new band- Operation: Mindcrime to Cleveland.  I got approved to shoot/review the show and I was hoping to meet Geoff after the show so I brought three albums with me just in case.

Much to my surprise, I got free meet and greet passes along with my photo pass!  It pays to be nice to the publicist!  It was a very good show and Mr. Tate still hit the high notes on most songs. 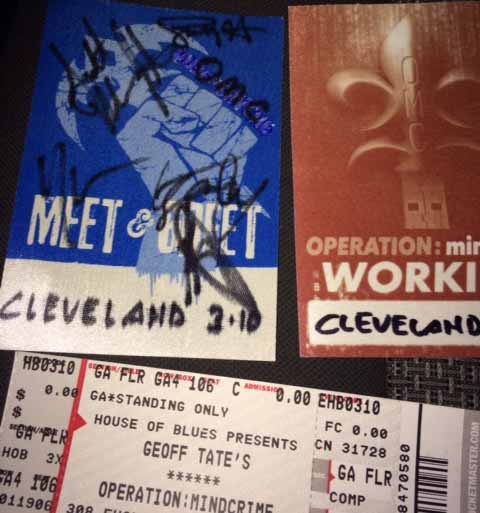 After the show they set up tables right in front of the stage for the 30 or so fans to meet the entire band.  If I really would have been thinking, I would have brought my Who Made Who cd cover for Simon Wright to sign.  Oh well. The band was very friendly, and they signed anything you had.  This setup is great for signing stuff, but not for taking pictures.  Another photographer friend took a couple of pics me meeting Geoff.  It was an awesome evening and I got home before 11:30 which was great being a school night. The Hendrix Experience rolled into town the next week.  I really wanted to go to this show to hear all of these great guitarists.  As it turned out, only 1 outlet got approved to shoot the show and we weren't the one.  The day before the show, my friend who wins tickets to everything, told me he had an extra ticket to the show and asked if I wanted it.  Ummm, yes I do!  (I am giving him a ticket to the Cult). Again, it pays to be nice.

So we go to the show, and of course it is good.  I brought a guitar that I had Slash sign the pick guard this past fall.  To get Buddy Guy, Kenny Wayne, Zakk Wylde and the rest on there would have been awesome.

Before the show was over, I head to my Jeep to get the guitar because I know that Buddy Guy does a mic drop and heads out.  As I was approaching the bus area, he was walking to his SUV and 4 other fans were there and asked him to sign.  He totally ignored them and sped away.

Apparently Eric Johnson was in and out all evening and signed when ever anyone asked.  His bus was pulling out right after Buddy Guy so I did not get him.

Noah Hunt, singer for Kenny Wayne Shepherd was gracious as always.  I brought the record store day album the band put out last spring and he signed it for me.

Next was Zakk Wylde.  I've heard he's been hit or miss lately.  Well, I must say that he was awesome with the 10 or so fans that were there.  He said that he would do two each.  I only had one thing for him-- dang!  But that one thing was a guitar, and he did it up nice!  He even pulled out 4 different kinds of Sharpies from his pocket.  He was more prepared than me! Finally Jonny Lange came out and was just as nice as Zakk.  However, he didn't limit anything.  He signed what ever you had and took pictures. 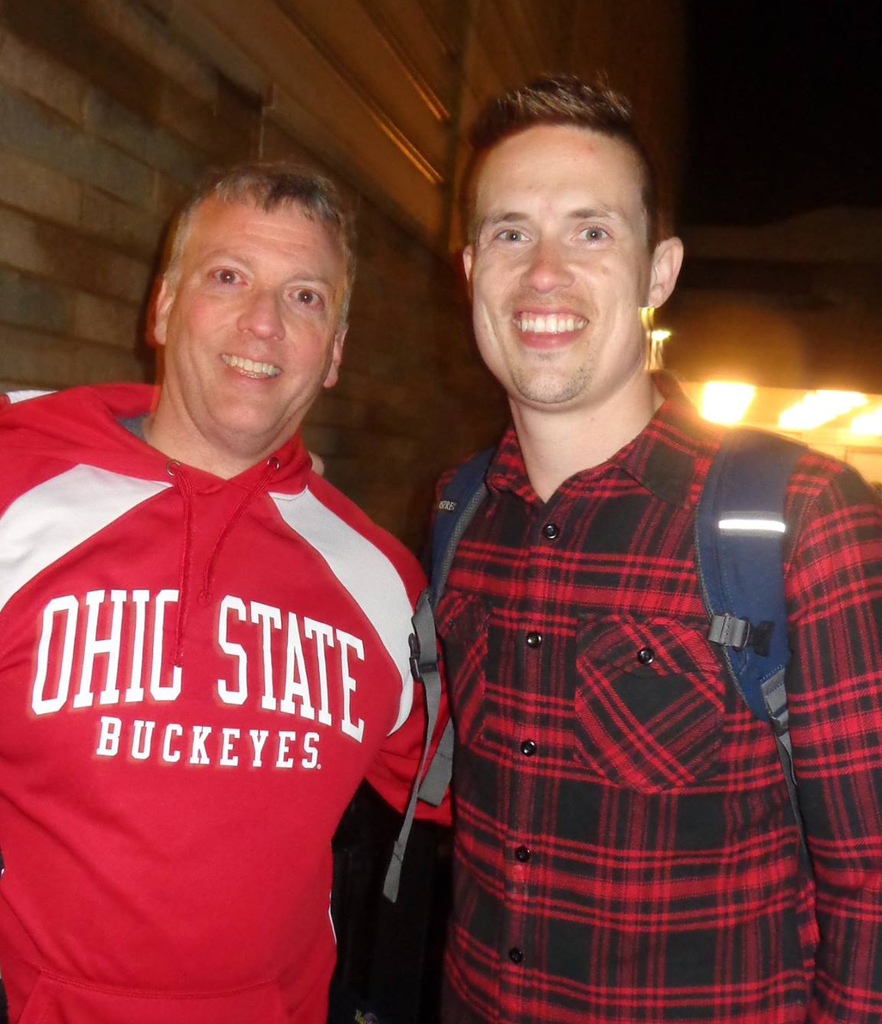 The rest of the guys, Dweezil, Kenny, Chris Layton all went right to their respective buses.

Now my question.  Would you continue adding names of good guitarists to this guitar, or would you take the Slash pick guard off and put it on another guitar?  Joe Satriani is coming next month and I think I have a decent shot of getting him. 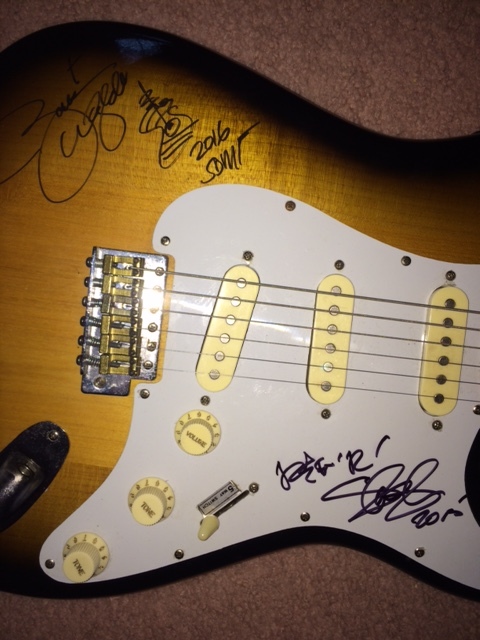 Let me know what you would do.  Thanks!!

Comment by Adam Halloran on March 21, 2016 at 3:57am
I would do Joe on the guitar for sure, probably leave the guard as Slash.

Comment by Barry S on March 21, 2016 at 6:58am
I love Tate. I've seen him and his old band, would never miss either when they come around. You sure have a great job. You collect a lot of high quality autographs at a rapid pace! That guitar is a tough call. If you have a spare pick guard you could pull Slash off and could possibly get him again.

Coach I would add other guitarists and then that would be some piece to have in your collection. Great blog! Glad you got Zakk Wylde it was a miss the last time I tried down here but it's good to know it's still possible I have always liked him.