My Incident with Ryan Adams

My incident with Ryan Adams isn’t as crazy as the recent ones that are popping up, but...I figured I’d share it anyway. Often times, a celebrity dies and THEN I share my story of meeting them. Since Adams is in the news, I figured I’d tell my story.

I wasn’t much of a fan of his first band “Whiskeytown” but I loved his first solo albums after that (Gold, Heartbreaker), and I kind of dug his band The Cardinals.

When you mention his name, most people think you’re talking about Bryan Adams, who first rocked me with his MTV single “Cuts Like a Knife” but then did a series of goofy ballads that were overplayed and did nothing for me (I got tired of his Three Musketeers ballad quicker than the Celine Dion “Titanic” tune). But I’m not here to talk about Bryan, but Ryan Adams.

It’s understandable that nobody knows him. He was more of a critics darling. Even though his album “Ashes & Fire” made it to #7 on the Billboard charts, and he produced many artists (including Willie Nelson, Fall out Boy, and Jenny Lewis), he’s not a household name. The few times he made the news over the years was when he did a song-for-song cover of the Taylor Swift album “1989”, right after his divorce from singer/actress Mandy Moore. Now, I had got her autograph when she was dating a friend of mine, and I thought it was insane when I heard she started hooking up with him. He had such a crazy reputation at that point. I couldn’t believe their marriage lasted as long as it did (around five years).

The other news item that occured with him, was when he was doing an acoustic show in concert, with Gillian Welch on stage. A drunk guy yelled out for the song “Summer of 69” (to recap, that’s a Bryan Adams song, not a Ryan Adams song). He lost his mind. Probably just as drummers get sick of people yelling “more cowbell” or cover band singers hearing “Play Freebird!”

He stopped the show, had them turn the lights on, and he went into the crowd to find the guy. He then took out $35 bucks from his wallet and said he was refunding him his concert ticket and wanted him to leave. Adams refused to play another song until the guy was escorted out.

Years later, Adams would laugh about the incident, and event played the song live with Bryan.

Anyway, in this day and age of #metoo, lots of actresses have been coming out and telling stories about men in Hollywood trying to take advantage of them. Now a few women have come out and told stories about Ryan. One of them was singer Phoebe Bridgers. Another was one of my favorite indie singers -- Liz Phair (get her cd “Exile in Guyville” which is one of the best albums ever made).

Many other women, that haven’t made it in music, started sharing stories about how he promised to help with their careers. Everything from producing their records, to touring with him. Of course, that quickly lead to him trying to sleep with them. And just like Bill Cosby, if they weren’t into that, he quickly dropped them (unlike Cosby, he never drugged and raped them). The FBI is even involved now, because one of the girls was 15-years-old at the time, and the emails included nude texts and risque conversation. On the news, I heard an agent say she combed over about 3,000 texts from him.

His record label said that the new stuff he completed won’t be released now, and of course, he’s offering a vague apology about things. 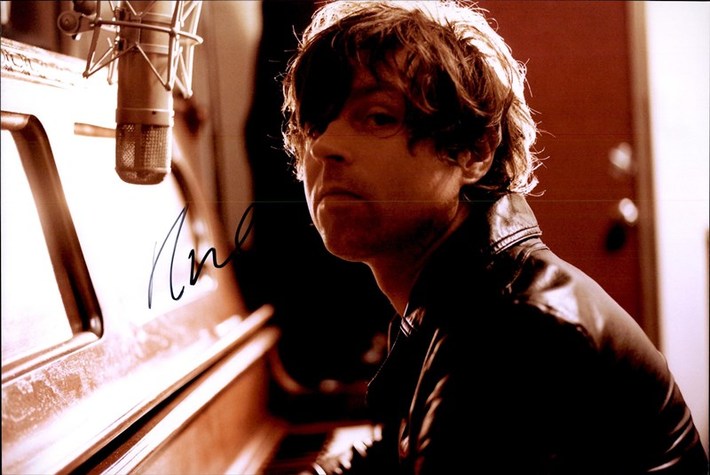 Well, I had a friend that got tickets to a concert downtown about 8 years ago. She asked if I wanted to go and I said, “Well, I can’t turn down a free concert. I was going to go see Ryan Adams, though.”

Turns out, he was playing at a venue that was two blocks away. So what we did was, headed downtown for dinner. I figured I could catch Adams at soundcheck and have him sign my two CDs. My friend waited at the restaurant. Luckily, I saw Adams within 15 minutes of waiting. He signed one CD, but said he wasn’t going to sign multiple items. Now, I always understand when artists say that, but...it wasn’t like I had a bunch of 8x10s, or multiple Whiskeytown albums. I had a mere two CDs. I thanked him and headed to the restaurant. After we ate, my friend said, “Let’s go back over there before our concert starts. We have time. If we see him, I’ll get the other CD signed.”

As we were walking to the bus, we were about 100 feet away. He had a young lady (but age appropriate) he’s holding by the hand. They’re giggling and running towards the bus. I called out his name and he stopped and looked over. My friend had my CD in her hand and Adams snapped, “I’ll sign that CD for you, but I’m not signing anything else for that guy. I already signed something for him.”

She looked at me, smiled, and said “That’s fine. I don’t even know this guy.”

Adams then signed her...I mean, my...CD, and we were on our way to the other concert.

this is now just another chapter in my book of life