Rush -- The Autograph Habits of One of Rocks Strongest Trios

I’m lucky that Rush has never been one of my favorite bands. Otherwise, it would’ve killed me that I never got to get their autographs. Now, don’t get me wrong. And all you Canadians that can’t get enough of them…I’m not saying I dislike them. I own three of their albums. I’ve seen them in concert twice and have a Rush T-shirt (although I only bought it because it was in the $5 bin at Hot Topic). I like them well enough, but I could name 100 bands I like more, and I don’t think they deserve to be in the Rock ‘n Roll Hall of Fame. Now, their drummer Neil Peart deserves to be in a drummer Hall of Fame, if there was one.

I started dating a musician recently, and at her place the other night she wanted to watch the documentary “Rush: Beyond the Lighted Stage.”

I love documentaries and like enough Rush tunes that I thought I’d be entertained. I most certainly was.

It got me thinking about a few things regarding this band and autographs, and how Peart deals with fans.

First, I’ll tell you of my one “meeting” with the band. I’ve shared this story before, but here goes it. It was around 1991 and they were playing a show at the San Diego Sports Arena with Primus (who are GREAT about signing autographs, and Les Claypool is one of the best bassists in rock history).

Anyway, the radio station I worked at was going to be doing a backstage interview. I asked the DJ doing the interview if I could tag along (with the sole purpose of getting autographs after she interviewed them). As I walked backstage, with my drum symbol in hand – a female tour manager stopped us. She said, “Who the hell is he, and what is he doing with that?”

She laughed and said, “He’s a co-worker of mine. He just wants the band to sign it.”

The woman sternly said, “Absolutely not! You are here to do an interview, not ask for autographs.”

We told her we wouldn’t ask for the autograph, and as we opened the door, the trio of rockers were sitting there smiling. Just as we were about to sit down, the woman asked me to leave the room. So….I didn’t even get to meet them! 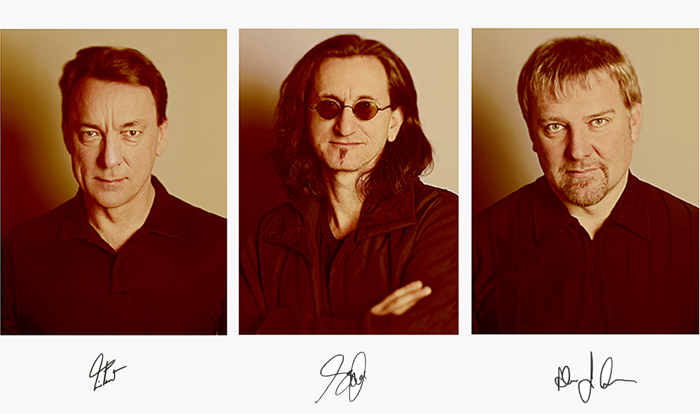 Now, a few of my friends are nuts over Rush. One of them called me a year ago, because a photographer that has worked with the band for years, has cancer. He is selling limited, signed prints of the band on his website (I believe his name is Andrew MacNaughton, if you’re interested). My buddy bought a signed program for $150, and a signed picture for another $100. Perhaps that seems steep for some, but I believe the money was to help with medical expenses, which makes it really cool of the band to do.

I won’t go into all the music things covered in the documentary. If you’re a fan of the band, you either already know it, or you can watch the movie. I was a bit disturbed by something Neil Peart was saying. He said he doesn’t go to the “meet-and-greets” the band does, because he doesn’t like signing autographs, or having fans gush over him. Now really…if that isn’t the stupidest thing ever. If you feel awkward about that, you can just change the subject, or ask them about themselves, while thanking them and signing things.

There was a funny scene where a waitress asked singer Geddy Lee for his autograph. She said it was for her boyfriend, who was a big fan. Lee then asked if she wanted “his autograph,” pointing to guitarist Alex Lifeson, sitting right beside him. She said no. Awesome. Can’t wait until her boyfriend sees this clip of the movie. Nothing more humorous than an autograph seeker that misses out because they didn’t know the celebrities around the person they were focused on. It’s true, Lifeson does look “normal” and not as much like Ozzy, but…the least she could’ve done was said, “Are you in the band, too?”

Anyway, when Peart was talking about how he doesn’t sign autographs, it got me thinking about the band Journey. They said they were bothered when singer Steve Perry would leave before doing the meet-and-greets with fans, mostly because he was quickly flying out to see his girlfriend. They felt that was disrespectful to the fans (now that’s the attitude to have).

There were clips of other musicians talking about Rush -- Gene Simmons of Kiss, perplexed by the fact that they didn’t have groupies in their room. And, when the Foo Fighters drummer talked about how much he was praising Peart, he said it was awkward, and he got nothing from him.

If Neil Peart has such issues with fans, even fans…and some awkward shyness issues…it wouldn’t be hard to have the tour manager or somebody stand near him, and if the conversation just kept going, they could step in and say, “Let others get their things signed,” or…”Okay, Neil has to go now.”

You don’t just refuse to show up. It’s disrespectful to the fans. And if there’s any band that should be thankful of their fans, it’s Rush. The critics certainly haven’t been kind, so the fact that they have sold out stadiums and sports arenas…even when they do lame albums like Vapor Trails and Counterparts…[runs from thread with hands over head, as Rush fans throw stuff at me, while naming songs of these albums they love]… 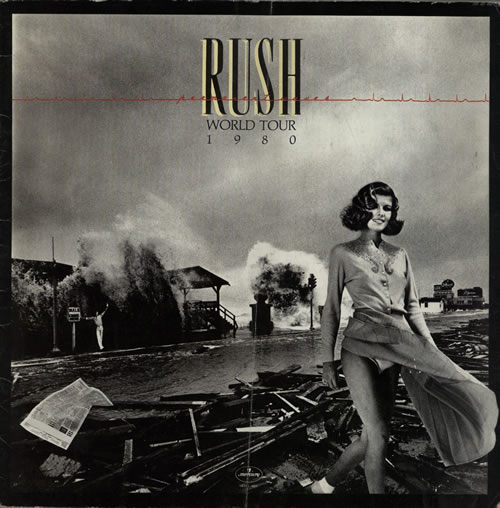 Thanks for the story.  You've met and almost met a ton of artists.

Anyway, a couple of things.  Andrew MacNaughtan was Rush's photographer for years.  Yes, he did have cancer and unfortunately he passed away in 2012.  I checked out his site and they are selling signed prints of the band for $750 and signed prints of Geddy Lee for $450 and $325.  I do believe that is pretty steep.  I would have loved to have gotten the signed tour program for $150.  I am a Rush fan.  I have seen them 5 times in concert and it's always a great show.  There is no question that they belong in the HOF.  Sure, there are some bands/artists that don't belong (ABBA or Randy Newman) but Rush isn't one of those.

So it's not that the band aren't good signers, it's Neil Pert that isn't a good signer.  I remember a few years ago my father-in-law told me that he was at Best Buy and a bunch of people were in line.  He asked what they were waiting for and they replied "Geddy Lee of Rush is going to be signing autographs!"  Apparently he was promoting his solo record.  So he called me and asked if he should stand in line.  Like a big dummy, I told him no.   And no, I didn't make the 45 minute drive to Cleveland to get in line either.  But at that time (2000), I was only collecting sports autographs.  Anyway, I heard Geddy signed his new album and 1 other item.  Not too bad.

I totally agree with you.  Neil could easily have an assistant at least gather items up, and have him sign them from backstage or the tour bus.  Kinda like what George Thorogood does.  I realize the only thing the band owes the fans is to put on a good show, but it also doesn't hurt to be a little fan friendly as well.

I bought a Rush autograph for a charity that Geddy Lee is involved with, I was impressed because the picture came with a letter of authentication that all of them signed as well. I am a life long Rush fan so it was a thrill for me.