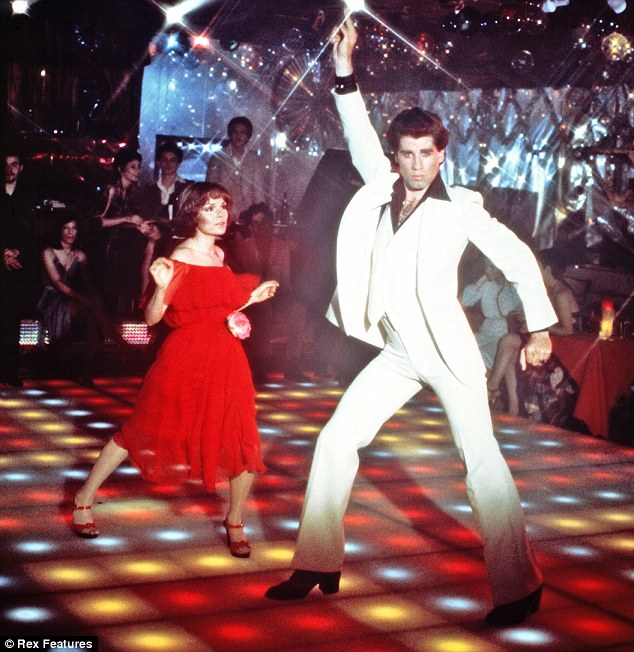 As a movie critic, and collector of movie and music memorabilia, I love the story about the late critic Gene Siskel buying the white suit John Travolta wore in “Saturday Night Fever.” Siskel had been on record as saying it was his all-time favorite movie and he had seen it 28 times. At a charity auction he bought the suit for about $15,000 (if memory serves) and Travolta even autographed and inscribed the inside of it for him. Eventually, seeing dollar signs, Siskel sold the suit for the high six-figures. Well, Vito Bruno has something in common with Siskel. He bought a nice item from the movie that is probably going to sell for a lot more, perhaps $1.5 million. In 2005, the “2001 Odyssey” club in Brooklyn was closing, and they were selling some of their items. He jumped on the light-up floor that was custom made for the movie. It had hundreds of lights put inside of it, so it would go from red, blue, and yellow -- in synch with the disco tunes Travolta danced to. I’m guessing Vita didn’t install it in his living room, or use it with the party planning group he’s an executive for.  He figured it would be a nice investment. Well, he was right. The 24’ x ‘6’ floor, can be installed in your home or club. I think a movie theatre should buy it, and perhaps have one of those dance video games in front of it. It would make the lobby look nice, and you could always sell it later and get your money back.

If you want to bid, it’s the Profiles in History Hollywood Auction on June 26th. I heard they also have one of the real light-sabers that Luke Skywalker used in Star Wars. Nice list. I would replace Godfather with Goodfellas. And, I do like the original Godfather better than Godfather II, even though everyone else seems to like the second one more. I never saw "Seven Days in May." Although I liked "Three Days of the Condor" hahaahhaa.

Spartacus is terrific. One of my big regrets is...an auction, about 20 years ago...that dealt with a lot of movie memorabilia, had a dagger used in that movie. It was a minimum bid of $100. I didn't bid, and nobody else did, either. I now wish I would've. Kirk Douglas (who wrote an amazing autobiography -- The Ragman's Son) is one of my favorite actors.

The Cincinnati Kid -- boy do I love that. I have a soft spot for poker and con movies (hence The Sting and House of Games being on my Top 20 list). When I interviewed Karl Malden (of course, I had him sign his autobiography for me)...he told a story about how in one scene he put his hand on McQueen's shoulder in between takes. Steve said, "Take your fu**ing hand off me!" He found out later that, what made him mad was, Malden didn't cast him for a part on Broadway years earlier.

Karl Malden was a terrific actor.  He had a great part in "Nevada Smith" and as the father in "Fear Strikes Out."

Quite a story.  Thank you for sharing.

As you can see from my list, I am a big Bogie fan.

You have to one day watch "Seven Days In May"  with Kirk and Lancaster.

"Three Days Of The Condor" is a fav or mine also.

I remember watching "The Cincinnati Kid" as a little boy and when when Lancey (Edward G. Robinson) revealed his hand.............