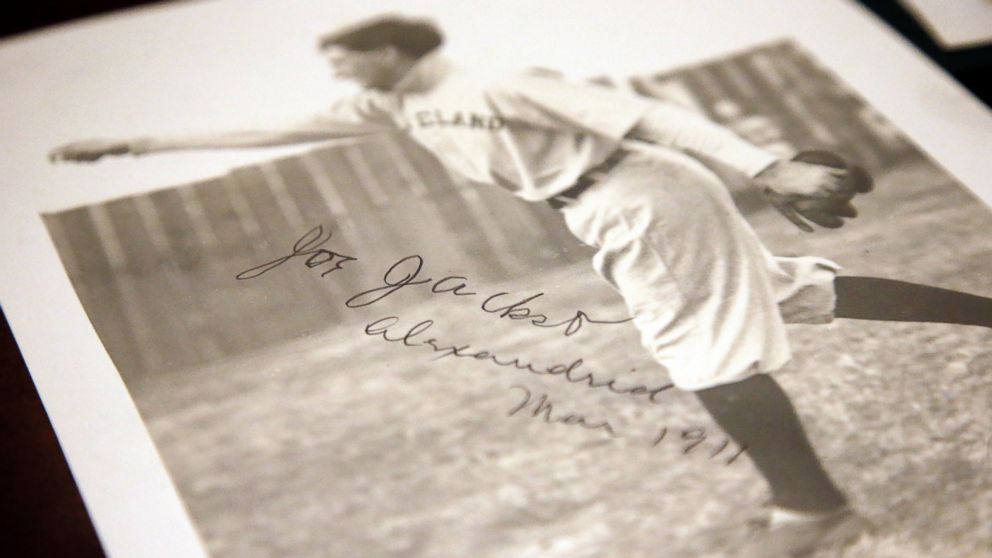 About 10 years ago, a man named Bill Bowen saw a scrapbook in a barn near Cleveland that belonged to a couple who had a friend that was a photographer for the Plain Dealer newspaper. He had shot photos of many baseball players that are now in the Hall of Fame. That would include Christy Mathewson, Napoleon Lajoie, and Shoeless Joe Jackson.

The family offered to sell Bowen the scrapbook of 60 photos. Now, this isn’t one of those stories where he paid $5 for the book. It cost a pretty penny. He had to cough up $15,000, and his wife was livid. She carried on about him not making the purchase, but he did anyway.

He died at age 67 last April, but he had a nice decade of enjoying these old photos, and now it seems his wife will get some enjoyment out of them.

My favorite part of the story is finding out there was a baseball team called the “Cleveland Naps.” If ever a team name was perfect for me, this is it!

The Naps woke up, and got themselves a great nickname. They became the Indians. And you can become the owner of this scrapbook collection. I doubt you’ll get it for anywhere near $15,000, though. You know why? Well, it’s not just a photo of Shoeless Joe. It contains one of the few autographs ever known to exist from him.

Let’s give a quick recap of his story. He was an amazing player, but got thrown out of baseball when the 1919 World Series had various players on the White Sox throwing the game (Jackson was one of the players that didn’t, but they figured he at least knew what the other guys were doing, hence the ban).

Jackson was illiterate and rarely signed autographs (many out there were signed by his wife). That’s partly why I cringe looking at the photo, knowing the person that got the signature added the city and date underneath it, in their own hand.

There had been a few legal documents he signed over the years, and about 30 or 40 baseballs with his shaky signature. Yet it’s not like Mickey Mantle, who has signed thousands and thousands of clean, white baseballs – right on the sweet spot.

Most experts agree that there are less than 100 Joe Jackson autographs around, and on a photo – makes it even more valuable.

In my best Ferris Bueller voice, “If you have the means, I highly recommend it.”

Great story Josh. It should be noted this is authenticated by PSA/DNA as well. I don't know how you can possibly "authenticate" a signature that has damn near ZERO verifiable exemplars, from someone who may have signed fewer than 100 autographs. But I do hope it's indeed real. Otherwise PSA/DNA's "LOA" can turn a child's scribbles into a half a million dollars.

I can't take a side on this matter but I would highly recommend taking the time to read this before placing a bid on this Shoeless Joe piece.

Shoeless Joe can't be that rare, Coaches Corner has items signed by him every month.

The only Jackson I would take a chance on would be a legitamite signed contract.

Agree with Ryan, how can PSA authenticate this? Great blog Josh and even at $15k, what an amazing buy

Comment by Sheila Soman on February 17, 2015 at 6:51pm
Pretty sophisticated writing from someone who was illiterate.

I have this posted elsewhere but seeing this thought perhaps it might help with the comparison.  This is what I am certain is a genuine Joe Jackson witnessed by a government official in 1917.

Comment by Chad B on February 21, 2015 at 7:07pm
In response to James, the article I read on the item stated Joe only signed his name and the photog or another person wrote the location.

Chad is correct. I wrote in the story, that it was someone elses hand that wrote the other info. That was fairly common for lots and lots of autographs. Somebody would get a set of Beatles signatures in 1962, and write "Heathrow Airport, January 3" .... and it sucks!!!!!!! Couldn't they write that on the back!!???