In my search for authentic Nirvana signed memorabilias, here is a recent encounter with a seller that was really funny that I would like to share. :)

This item was on sale on ebay with the following description:

TAD - RITUAL DEVICE / DAISY 7" pressed in 1988 on SUB POP RECORDS. Pressed on BLACK vinyl. The record REMAINS UNPLAYED and the sleeve LOOKS to be in VG+ shape. ONLY 200 COPIES WERE PRESSED. Autographed by TAD and KURT at TAD's house in Seattle.

The record is graded VISUALLY. I AM TRYING TO DESCRIBE THE ITEM TO THE BEST DESCRIPTION AS POSSIBLE TO BE TRUE AND CORRECT. I REALIZE THERE ARE PEOPLE OUT THERE THAT VIEW GRADING OF A RECORD DIFFERENTLY AND AT TIMES MAY DISAGREE. IF YOU HAVE ANY ISSUE, PLEASE EMAIL ME SO WE CAN WORK IT OUT BEFORE SENDING ANY FEEDBACK. I WAS COMPLETELY SATISFIED WITH OWNING THESE ITEMS AND WANT YOU TO BE AS WELL.

CHECK OUT MY OTHER AUCTIONS AND MY EBAY STORE WITH HUNDREDS OF RARE RECORDS!! 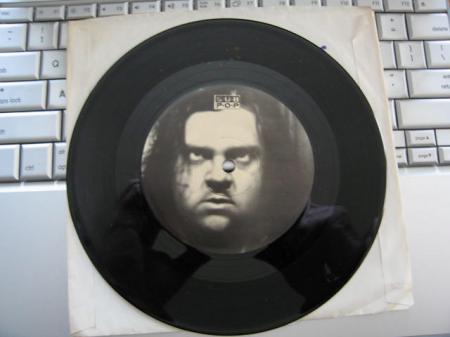 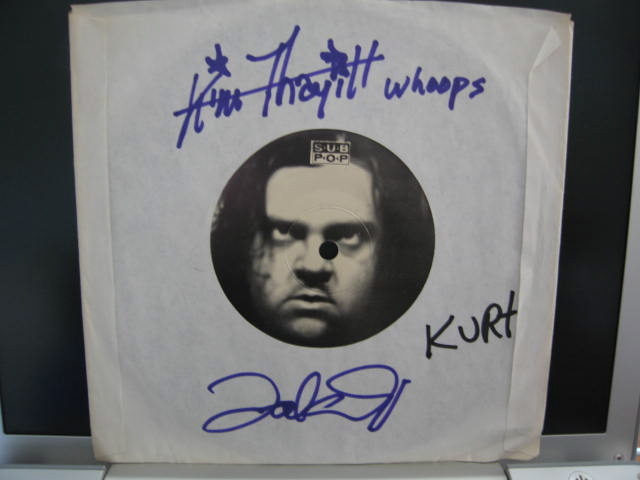 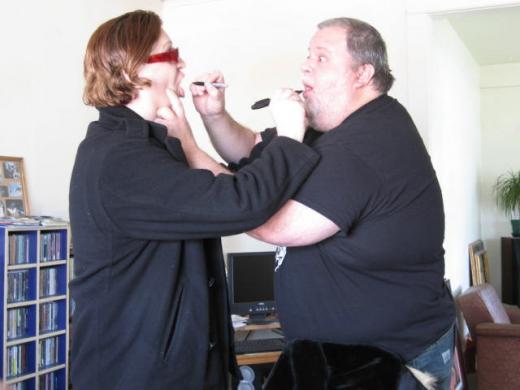 So I contacted the seller who is based in Seattle, WA for more information about the item.

Here is our message thru Ebay message:

Me: What is the story on this signed 7" LP??
Is the top signature Kim Tyayill from Soundgarden??
The bottom signature is Tad Doyle I presume. Thanks

Seller: Tad wrote that being funny. He did another one as Kim Gordon. He has always been funny and his personality shows here. Tad signed his name below it.

Me: Did Tad Doyle signed KURt too??? Thanks

Seller: No Kurt signed his own name. I picked Kurt up at his house and we went to Tad's house and they signed a bunch of different records. Tad drew on some if them too, especially the 8 Way Santa LP's.

Me: Who is that with Tad Doyle in the pic you posted??? Would the item comes with a letter of provenance from you?? Lastly when was this signed??? Thanks

Seller: It is Tad and Kurt. I don't have a letter, but I could write one up for ya if you like.

Me: Thanks for your fast response. When was this photo taken and the 7" signed??
A signed provenance letter would be great with the 7"!! Thank you.:)

Seller: Kurt had just moved back from Paris, so I think it was around 2008. I took the photo.

Seller: Dude, this is Kurt Danielson from the band TAD.

No wayyyyy.  I'm sure you were disappointed but that is hilarious.