I hate much of the music that comes out today. Don't even get me started on that "Old Town Road" song, which might be the worst song I've ever heard in my life, yet it now has the distinction of being the longest #1 song in music history. 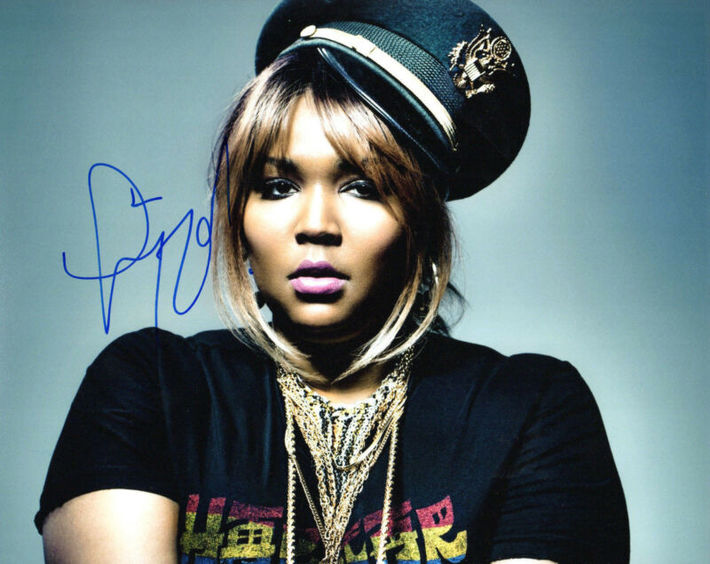 Yet there was a song I heard last year by rapper Lizzo that I think is kind of catchy. So when she was on The Today Show the other morning, I was watching. Well, after one song, I went to shave and take a shower. My wife told me, "You missed her trying to sign an autograph for a fan. They brought this girl out who had painted a picture of Lizzo, who was nude. They were talking about what a fan she was. So, they brought Lizzo over and she was freaking out. They gave her tickets to the show in New York, and then Lizzo takes the Sharpie to sign it, and as she's trying to sign it, it won't work. That's because it was pouring rain. So, the L in her name showed up, but...she promised they would fix it later. They even joked they would 'fix it in post'."

That reminded me of the time my friend went to get UB40 (Red Red Wine, Here I am, Falling in Love With You). He was the only person waiting for an autograph and two tour buses pulled up, and all 9 members of the band got out (one of them has since died, but I'm not sure which band member). As he took his Sharpie out, the drizzle had gotten it, and it no longer worked. Much to the bands credit, they all stood around the album, trying to get it to work, and they couldn't. They apologized, and he thanked them, and they went inside the venue. 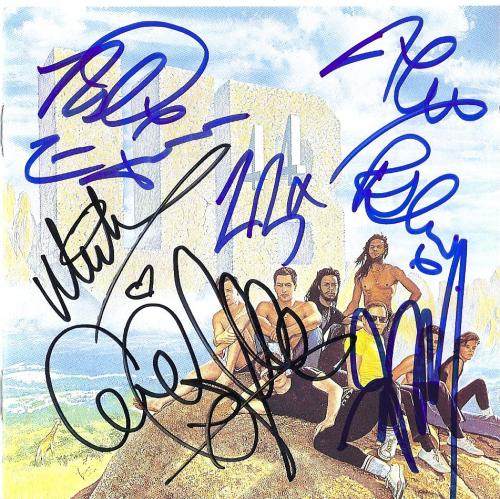 I told him that I always have extra Sharpies, and even a ball point pen, just because...you never know.

I started doing that after I had a Sharpie with Paul Rodgers (Bad Company). It didn't work, and god bless his heart, he brought me into the club and we walked around, with him asking everyone if they had a pen. We were only able to find a ball point pen, but he signed the record with that (and you can see the Paul, barely written first in the Sharpie, which I'm sure someone, someday, will claim that that's a forgery, and you can see the attempt the person made).

That same friend should've learned his lesson about multiple pens. He had an ink pen for John Paul Jones (Led Zeppelin), and it exploded on his hand, with him getting angry and handing the item back to him saying, "This stuff is toxic! I don't want it on my hands."

He didn't get the autograph.

I'm not much of a Justin Timberlake fan, but he was playing at a venue that's easy for autographs, and he was on the cover of the Rolling Stone I had just gotten a few months earlier. I figured I'd go up and give it a try. A collector in L.A. told me Justin gave him a hard time, saying, "I don't sign for guys. Why would you want my autograph? Are you gay or something?" He did eventually sign for that guy, but that story was running around in my head.

I saw security sneak out, and quietly say into a phone, "I see his SUV, and we're here to meet him. Nobody else is around."

There were about 100 women, but they were lined up, farther down the building, where they wouldn't even notice this side entrance.

I popped the top off my Sharpie, and stood there with the Rolling Stone. Justin poped out of the SUV, surrounded by 3 bodyguards, all looking around. As they walked by me, Justin nodded his head. I nodded my head back. For some reason, I said nothing. The vibe of it all....just felt off. And as an adult, I didn't want to be saying his name. I was hoping he might just see the magazine in my hand and say, "Whatcha got there?"

So he walked by me, and...I realized I wasted an hour of my afternoon. And as I got into my car, I noticed the Sharpie had left a big black mark on my jeans. So....no autograph, but it was one time the Sharpie worked. A little too well.

I saw Lizzo open for Sleater-Kinney in early 2015. After the show, there was a pretty big line to meet her. I thought she was good, but I headed outside to meet SK. Maybe I should have stayed inside :\

I also remembered a few other times. I had left the cap off the Sharpie for way too long for Seinfeld, so when he started signing my DVD, he said "It ran out, man." I only got half his name.

Other times, those silver paint pens...have never worked for me. The celebs are nice enough to stand there, shaking it, trying to get them to work. I finally stopped buying the silver ones. So frustrating.

Speaking of silver sharpies...I got a really nice signature from PGA Tour star Rory McIlroy in silver sharpie. It looked so good. What I didn't realize is that the photo was too glossy and the silver just wipes away with any contact on it. I didn't realize this until half the sig was gone. So a great signature completely ruined. Another time I tried getting LPGA star Stacy Lewis with a silver sharpie and when she went to sign nothing. Two year later I finally got her to fix that photo with a silver paint pen.

Earlier this year I was at a golf tournament graphing and after getting a photo signed by Rickie Fowler, I figured I'd get a pic with him. So I quickly put my sharpie away to grab my photo. 5 minutes later I go to grab my sharpie and notice it feels weird. "I didn't put the cap back on, did I? Nope. 3 big giant sharpie. This happened about 30 minutes after I got there and I knew I'd be there for at least 6 hours. 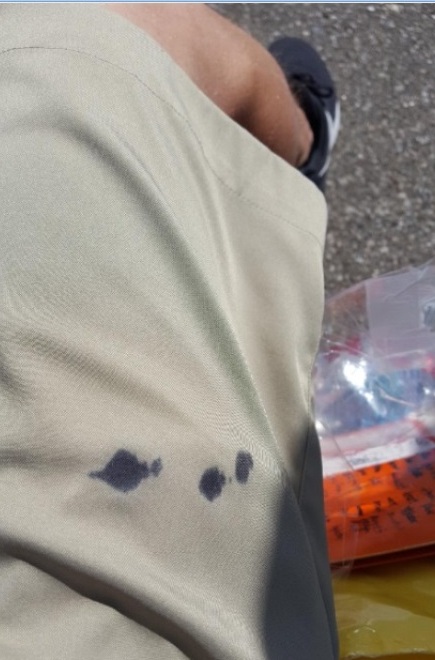 I've also had bad luck with the silver paint pens, as well as the white ones.

Strange so far I had never issues with silver or gold sharpies. Acutally gold ones are one of my favourit ones when it comes to sign dark vinyl covers.

Seems like the quality (and reliability) of the standard Sharpie gold/silver/bronze pens continues to be really uneven. I think the never Bic counterparts are a better choice.

Had a couple of pen snafus this year, neither really devastating. I usually test whatever pen I have in my hand on some piece of paper before actually use it. I was waiting for Lennon Stella at her Lolla after show last month, and just before she came out, I bumped the sharpie against a wall or dumpster or something, but I didn't think much of it. When she started to sign - nothing. But only for a sec, as she was able to get it going. Signature ended up looking fine.

Only other one this past month was Yungblud. This was the biggest autograph crowd of any sort I'd been in for a long time. I had copy of Alt Press with him on the cover with a pink sharpie paint pen. I tested the pen, and it seemed fine. I guess in the crowd, I lost track of what was happening, and the pen oozed on the cover. It kind of didn't matter, because I did even get to him before he had to go.