Some In-Person and a Great TTM To Close Out Winter

It's been kinda slow in Northeastern Ohio as the concert season slows down in the winter months.  However, there were a few that came to town and a program at the Rock Hall which enabled me to add to the collection.

First, the Rock Hall hosted a movie screening of the documentary Take Me To The River and had a panel discussion with a few musicians, the director and producer after the film was shown.  It is a very good documentary about Stax records that had some young rappers work with older Stax players.  Bobby Rush even played a few songs for the crowd! 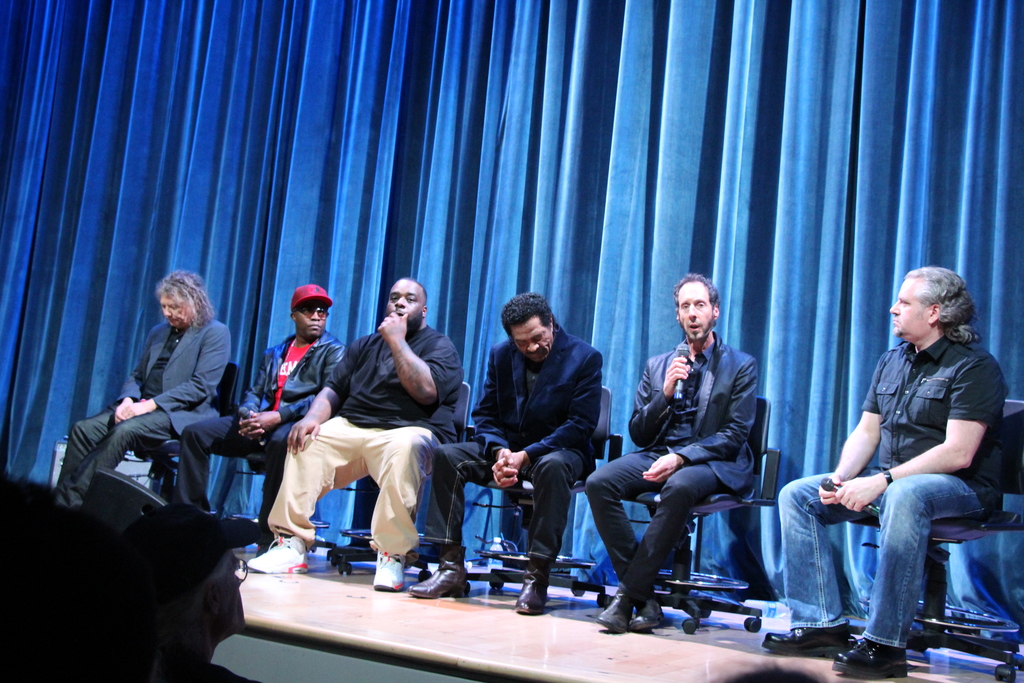 After the discussion the musicians including rapper and Oscar Winner- Frayser Boy (3 Six Mafia),  rapper Al Kapone, blues legend Bobby Rush and producer and member of the Talking Heads, Jerry Harrison all hung out and talked with fans and signed and took pictures.  I was happy to add Jerry to my newer HOF poster and Talking Heads vinyl.  I also got Bobby Rush on my Grammy Program- fitting that he finally won his first Grammy this year. Next up was Patti Smith as she came to town to play her Horses album.  Her long time guitarist, Lenny Kaye was first to arrive and signed for fans and even handed out guitar picks.  Patti was last to arrive and agreed to sign 1 per person- her manager was pretty strict about it and caught someone trying to get 2 signed by saying "She already signed one for you."  Do I get the poster or do I get the Easter album signed?  I went with the Easter album.  Happy to add this Hall of Famer to the collection. 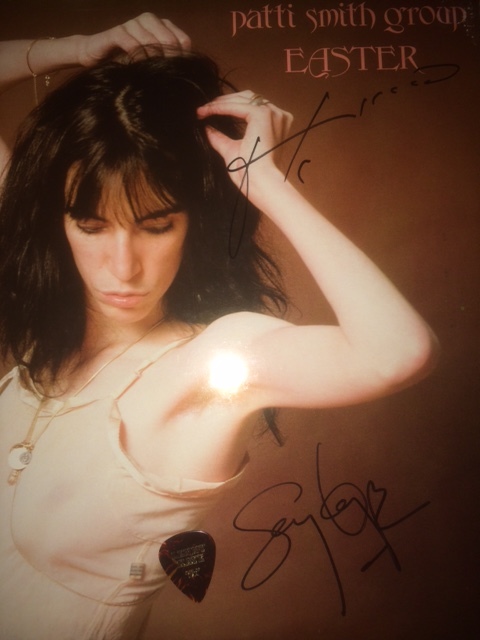 I took my History of Rock n Roll class on a field trip to the Rock Hall on St. Paddy's Day.  We heard a presentation on music as a social influence then we got to tour the hall and I made a scavenger hunt of items they had to find and take a selfie with like Chuck Berry's suite or Jimi Hendrix's Flying V or Michael Jackson's glove.  Anyway, when you are at the Rock Hall, you never know who might pop in.  It just so happened that Uli Jon Roth, former Scorpions guitarist played a show the night before in Cleveland and he took a tour of the Hall.  Many of my students were excited to meet a rock star and he was more than happy to take pictures with the kids.  I didn't bring anything to sign, so at least I got a picture and talked with him for a few minutes. I usually don't do much TTM as stated before, but since I had success with Bun E. Carlos, I figured I'd try for another Hall of Fame drummer.  I sent a package to England at the end of January and happily got it back at the end of March.  Inside this glorious package was a signed drum head and two CD covers by Rolling Stone drummer Charlie Watts!!  It was an early birthday to me for sure. 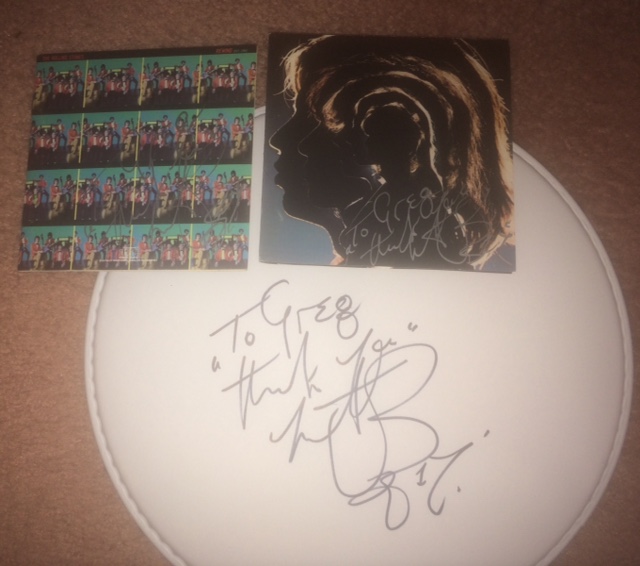 I got to shoot and review Mr. Roxy Music, Bryan Ferry.  I've never seen him before and he put on a great show!  His manager took things backstage for the fans that were out back waiting.  I got a few items signed including the set list. Finally, I added a new member of the Pro Football Hall of Fame to the collection.  Although I slowed down on sports, I still like to add Hall of Famers when they come to town.  Kenny Easley was in Canton to do a run through for his induction week in August.  He was very gracious and signed for fans on his way out of town. 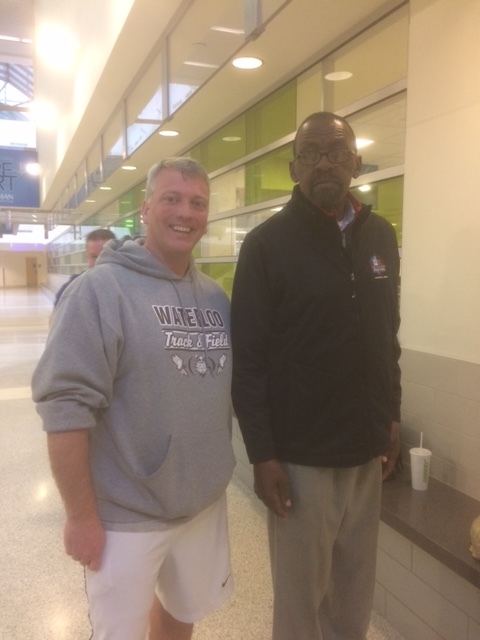 We shall see how the rest of the spring goes as things start to heat up on the concert scene.  Some of the people I might try for in the coming weeks include Chris Rock, America, Garry Tallent, Brian Wilson, Styx, Red Hot Chili Peppers, Gladys Knight, and Hall and Oates.

Comment by Adam Halloran on April 10, 2017 at 7:10pm
I am giving this a proper bump. I also can't wait to hear how you have a go with Brian Wilson. He hasn't been giving the greatest graphs lately.

Great one Coach! You met ULI very cool saw his show last year and was gracious enough to take a picture and sign some early Scorpions albums for me!