Back in the day when you could go into a diner and put a quarter in the jukebox and hear your favorite ‘50s or ‘60s song, and Autograph Magazine was in newsstands...I wrote about the day I met Little Richard. That was probably 15 years ago, so I’ll write a much shorter version of that story, since I woke up to find he has passed at 87.

As a huge fan of rock ‘n roll, and a collector of music memorabilia, I’m proud to say I own an autographed Elvis Presley album. It cost me $875, though. I was bummed it was “Fun in Acapulco” but a few years later that worked out well, when an auction had a shirt Elvis wore in that movie. I got that for $50, and someday I’ll frame them together. 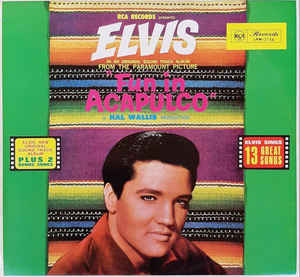 I looked at a few Buddy Holly autographs over the years, but they were always a few thousand dollars. That’s out of my price range (although I was lucky enough to get an album signed by all the Crickets, for a mere $25).

Chuck Berry only came to San Diego one time in my life (and I’m 50). At the time, I was 20-years-old, and the venue was 21-and-up. I had to stand by the backstage door listening, while everyone else I worked with in radio enjoyed the concert. At least they took a guitar backstage that he signed for me (and he drew a smiley face on the guitar neck). I ended up also buying an album signed by Berry years later. 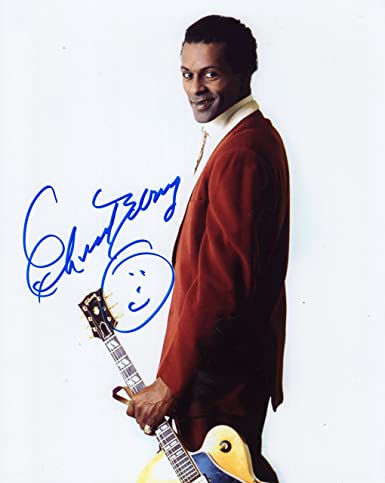 I was a huge fan of Fats Domino, and I bought a signed picture of him relatively cheap. I framed it, and glued dominoes all around the glass frame. It looks amazing.

Of all those ‘50s icons, Little Richard is the one I just wasn’t the biggest fan of. Don’t get me wrong -- I LOVE “Long Tall Sally” “Keep A-Knockin’ (but you can’t come in), and “Good Golly Miss Molly.” I always thought “Lucille” and “Whole Lotta Shakin’ Goin’ On” were done better by other artists. I don’t care for his vocals on a lot of his songs.

One of my favorite Little Richard stories involves Buddy Holly. A woman that was a groupie in the ‘50swrote a book. She said she was backstage and wanted to do stuff to Little Richard. He was having none of it (she admits to being clueless about his sexuality), but he told her she could play with his chest a little. So, he had his shirt off, and she’s kissing and licking his chest, and Buddy Holly walks backstage. He drops his pants and starts … having his way with her. She said it was great, but that she heard the house announcer say, “Ladies and Gentleman, Buddy Holly!” and he immediately ran, while trying to put his pants back on. 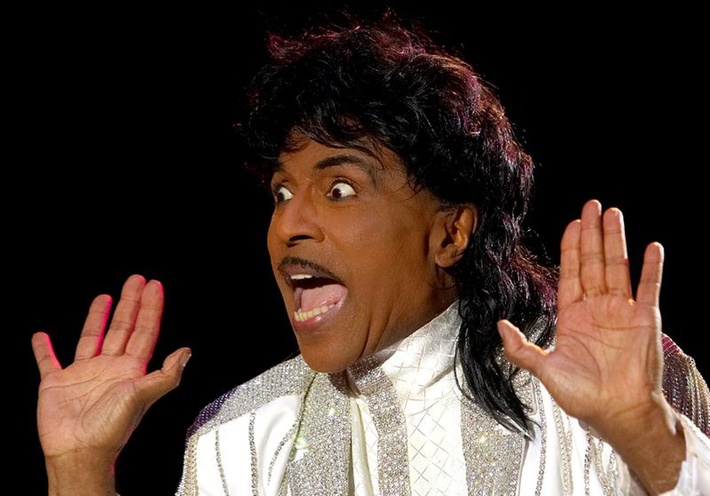 But this isn’t about groupies. It’s about autographs. Let me get back on track.

It was always fun seeing Little Richard in interviews, laughing, and yelling “Shut up!” He was playful, and listening to him rant about being the real “king of rock ‘n’ roll” (I saw in one interview say, “Correct that, I’m the queen of rock ‘n roll, darling….hahahahahaha.”

It’s also nice that he lived long enough to make a lot of money in a business that screwed over a lot of the early artists. I remember when he played the Del Mar 20 years ago, he was paid $95,000 for the show. Not bad for a few hours work.

The Doors and Beatles are my two favorite bands. The Fab Four covered three Little Richard songs (Ohh! My Soul, Lucille, and Long Tall Sally). McCartney also covered Lucille on one of his solo albums. Well, I always had a blast going to Beatles conventions. There would be bands doing cover songs, interesting items being sold, and lots of memorabilia to buy. They always had interesting celebrity guests, too. At one event in Los Angeles, Harry Nillson was a guest. There was a long line to meet him, and he was drunk off his butt. As much as I wanted him to have him sign an album for me, I figured there’d be another time (he died a year later). And, I had gotten tickets to take my roommate to see one of his favorite bands in concert that night -- Sweet (Ballroom Blitz). I had to split to drive back to San Diego. 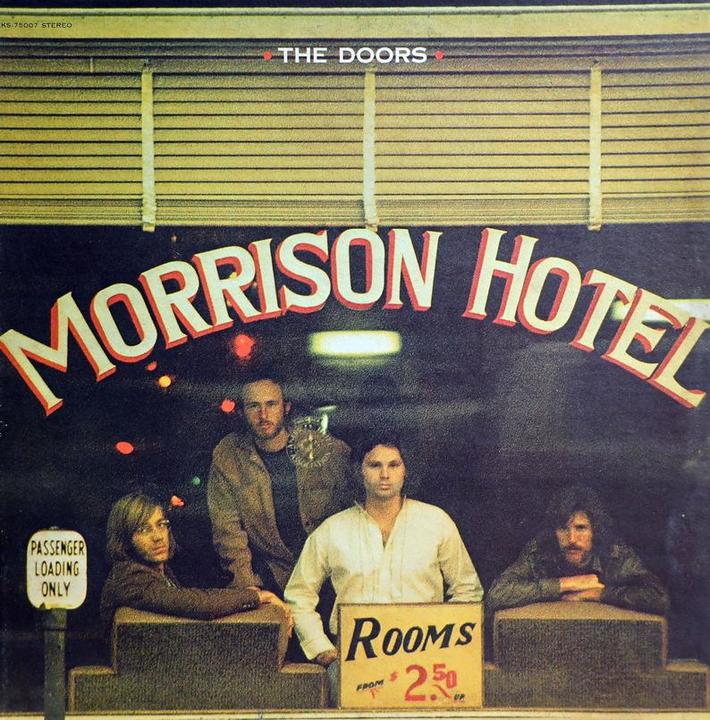 Well, a bunch of Doors fans decided that if there can be Beatles conventions, there should be a Doors event. It was planned to be at the Marriott hotel on the Sunset Strip, just down the street from where they started at the Whiskey A-Go-Go and London Fog. I made the drive up there, met fellow fans, and got to meet Danny Sugarman (author of the book “No One Here Gets Out Alive”) as well as Doors keyboardist Ray Manzarek (may they both rest in peace). Album photographer Henry Diltz was there, and I interviewed him for a story (he took the cover photo of Morrison Hotel, and over 200 other album covers).

I started talking music with this one guy and we really hit it off. He asked if I’d like to join him for a cigarette outside. I went to my car, grabbed a cigar, and joined him. As we talked about our favorite bands, the longest black limo I had ever seen pulled up. A gorgeous woman, about 35, got out and smiled at us. She looked like a combination of Halle Berry and singer Vanity (you young folks can look her up). We figured she must be a famous model. And as we smoked and talked, she came out of the hotel 15 minutes later. She was on the arm of Little Richard, who was wearing a silver sequins sports coat. I said “Oh my God, you’re Little Richard!”

I asked if I could get his autograph and he said, “Let me get into the car first.”

He got into the limo with the woman and me and my new friend started talking about how bizarre it was. We were about 8 minutes into talking ‘50s rock ‘n roll when he said, “Uh, you realize he’s never going to come back out of that limo and give us his autograph.”

So, I did what a crazy fan would do. I knocked on the tinted window. It rolled down and I asked about his autograph. He said, “Oh yes, young man. I completely forgot.”

With that, he handed me a really small bible. It was about 6 x 3. I said, “Uh, well...do you mind autographing this bible for me?”

He said, “It’s already signed inside.”

The limo took off, and the guy said “Well, open that thing up. Let’s see his autograph.”

I opened it up, and a small black-and-white photo fell out. On it was an inscribed message with a biblical verse, and his signature. It wasn’t hand signed, but printed on the photo. I was bummed.

When I wrote about this for the magazine, someone sent in a letter telling us that when he met Little Richard, he was also handed a bible (although his didn’t have a photo and he offered to buy mine).

Wait. Did I start this story off saying it would be short? Sorry ‘bout that.

That is one situation where a pre print would be just as a good enough. That's a cool story. There's a guy named David Powers on facebook that collected in the 1970s and would just either write celebrities to try and meet up or go to theaters and talk with them about going backstage. He has a photo of Richard where Richard is reading the bible to him. It is not a facial shot. Richard seems not to like doing the photo ops. A positive experience is always better than the autograph or photo I think.

It really intrigues me that he would hand out the bibles but not sign or take photos. It reminds me of a co-worker who will just stare a hole into you without saying anything if you say hi in the hallway but sit down near him and ask about the bible and he will keep you in the breakroom for way over your allotted time.

wasn't he a door to door bible sales man at one time? awesome story josh!

Now he cameo on Miami Vice in the episode "Out Where the Buses Don't Run" as a street preacher makes sense and adds more to it.

Chuck Berry is another who was strange about photo ops. On facebook you see most photos of him signing, maybe sitting down and talking to the fan but he won't take a looking up at the camera photo op.