I was thrilled when Warren Zevon played a concert in San Diego, at a venue that’s easy to get autographs from. I’m a huge fan, and...it was be a few months after that that he announced his cancer. There was one other person waiting for an autograph. He had a great story. It was for his girlfriend of three years, and she was a huge fan. He was going to present the signed album, along with an engagement ring. Both of us were holding our “Excitable Boy” albums, looking like excitable boys. I also had the “greatest hits” CD. After waiting for about 45 minutes, his manager came out and said he’d take the stuff back to get signed. It was the first time I realized...you never, ever rely on another person’s Sharpie. He handed the guy a Sharpie, and when he brought the records back, the signatures were hard to read because the pen was running out of ink (he had been standing around there with the cap off the thing). He inscribed the albums to each of us. Something like “Josh, aaawwwwwoooooooo, Warren Zevon.” The manager said, “He was a little upset neither of you guys had any of his newer stuff.” 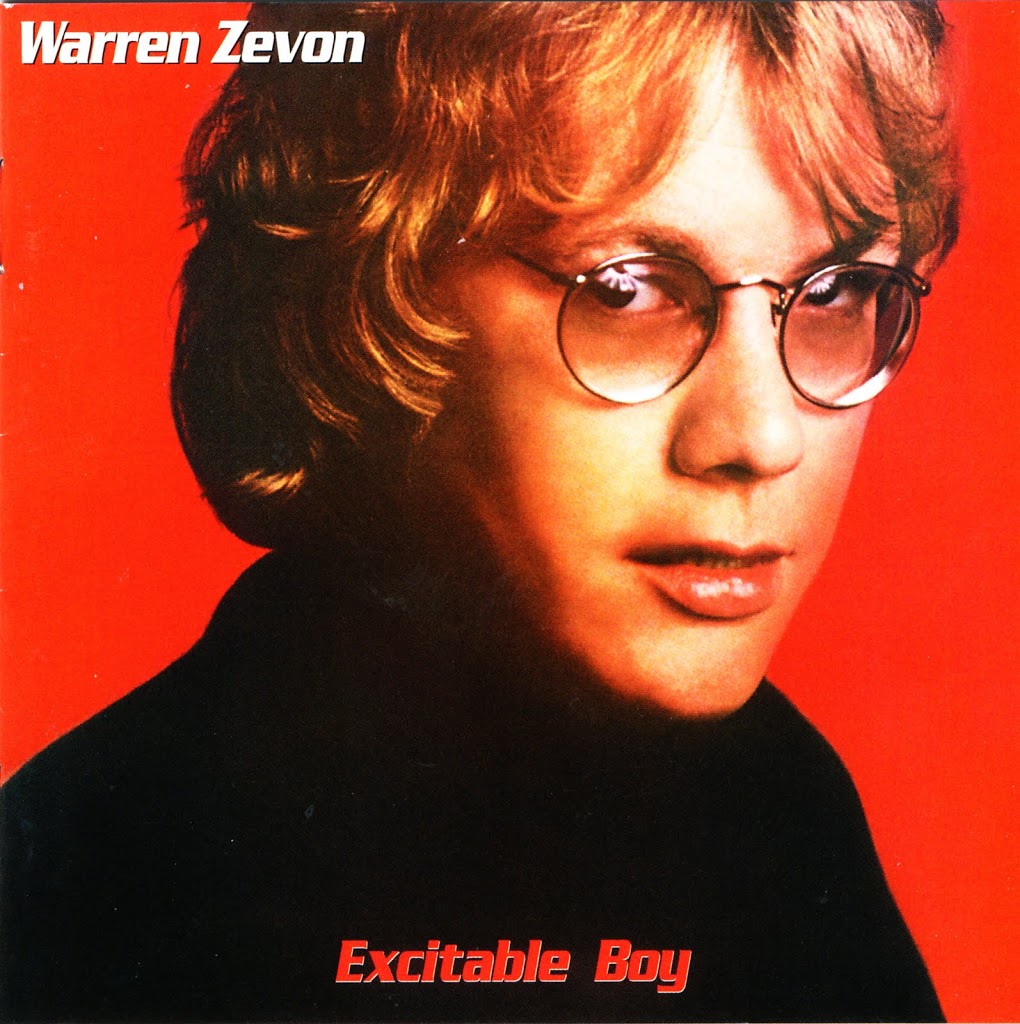 What do you say to that? David Byrne (Talking Heads) said the same thing to me. I mean, Excitable Boy is one of my all-time favorite albums. Should I buy the current CD for $18 and maybe only like a couple songs? Now, I did do that with Ray Davies (The Kinks), because I figured...wearing a Kinks shirt, and having my 3 old albums I wanted signed...would really drive home the point I’m a fan (and he couldn’t have been nicer).

At the concert that night, I didn’t realize the sound engineer (who recently passed away -- rest in peace, Ed Pate)...invited me backstage. I had nothing for Zevon to autograph, and just stood about 25 feet from him. I watched as two attractive, groupie types were coming on to him. He was having none of it. He started yelling at them about something, and there was silence. I then heard him start quizzing the girls on Greek mythology or some such thing. At one point, he said how stupid the two of them were. One started crying, and ran off. The other one told him he was rude, before storming off. I figured...if I wanted him to autograph my ticket stub, I might be quizzed on something that made me wish I paid better attention in school. Anyway...I thought of that story when I heard that Zevon’s widow Crystal Zevon (and daughter Ariel) are selling off all his books. Apparently, he was a prolific bibliophile with thousands of books and the entire library is for sale on eBay. Now, I’m not sure a book would be worth more just because he read it/owned it. He’s got books that range from poetry to pulp fiction, as well as philosophy and horror. He has everything Stephen King wrote and here’s the great part. Some of those have been signed and inscribed by King. The two were also in the rock band “Rock Bottom Remainders” (a name for books that don’t sell), that is comprised of other authors, including the very hysterical Dave Barry, Amy Tan, Cynthia Heimel, Mitch Albom, and a few other rotating members.

The King book “Doctor Sleep” which is a sequel to “The Shining” King wrote “Warren, this howl is for you, wherever you are. I miss you, buddy.” The Zevon’s plan to open a retreat for artists, and apparently, they’re also selling a lot of books at flea markets, telling people they can pay whatever they think is fair.

I’ve made it a point of never buying an autograph off ebay, but I might make an exception this time.

Zevon was and is among my favorites. I saw him at a small venue in the 90s. I didn't get his sig then, but I got him TTM. A great loss. Such a great songwriter. I remember when I met this blonde waitress in a 50s diner and ended up asking her out. When we went on our date that night, I played (on the way there) the song "Lawyers, Guns, and Money" to get me pumped up...."I went home with a waitress/the way I always do/How was I to know...she was with the Russians, too "