My favorite “Wizard of Oz” autograph story involves a reader of Autograph, but I can’t remember his name. When our magazine was actually at newsstands, I met with Steve Cyrkin one day, when he had a booth set up to get subscribers at one of those autograph shows at the Marriott in L.A. next to the airport. It was a fun time, and I was thrilled that some of the folks that showed up at our booth actually asked me to sign a few magazines for them. When you’re asked for your autograph once in awhile, it’s a thrill. If you’re Paul McCartney, and get asked for it every second of the day, you probably wouldn’t be as thrilled.

One of the readers I met was asking me about the nicest pieces in my collection. I asked him about his, and was blown away. One of the things he had, that I believe he paid around $35,000 for -- is an original movie poster for The Wizard of Oz, that’s signed by the cast, including the paw print of Toto. I’m guessing that would easily get close to a million dollars today.

My Wizard of Oz autograph is a lot less interesting. It is cool for me as I got the autograph in the easiest way I’ve ever acquired a signature before. What got me thinking about this story is the death the other day of Jerry Maren. He was the last surviving munchkin from Oz. He had lived in my hometown of San Diego for decades. I remember once being at a swap meet 15 years ago, and he had a booth selling his autograph for $25. You’d see him around town or interviewed on the local news once in awhile.

In Oz, he’s the tough guy in green that handed Dorothy a lollipop. And as a member of the Lollipop Guild, I’m guessing his grave will occasionally have fans leave giant lollipops.

The 4’3” actor once had a role in the Seinfeld “Yadda Yadda” episode, as well as 100 other movie and TV appearances, including Little Cigars, Battle for the Planet of the Apes, and the Marx brothers movie At the Circus.

He also played a few of the McDonald’s characters Hamburglar and Mayor McCheese in the ‘50s ad campaigns, although that looks a lot less impressive in your list of credits. 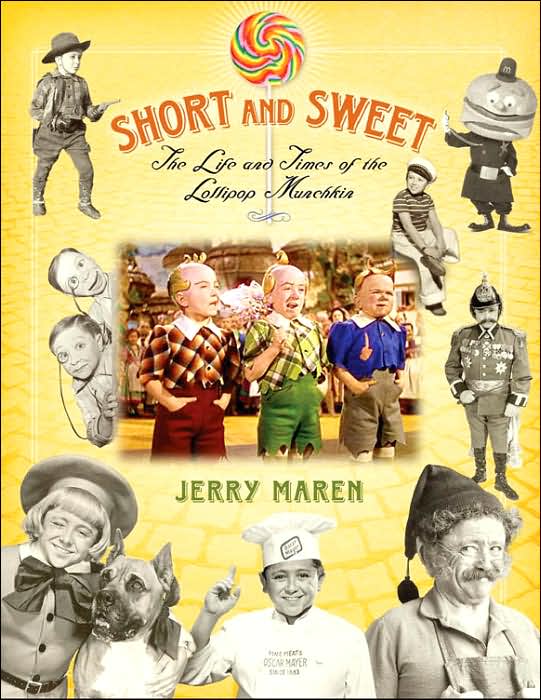 He suffered from dementia for the past several years, and his wife passed away in 2011.

I got his autograph in the weirdest way. A few years ago, my wife and I attended a Christmas party with some friends of hers I had never met. They were doing that “white elephant” gift exchange and being a movie critic that often gets schwag sent to me from movie studios -- I brought a bunch of cool items they sent me and wrapped them up. 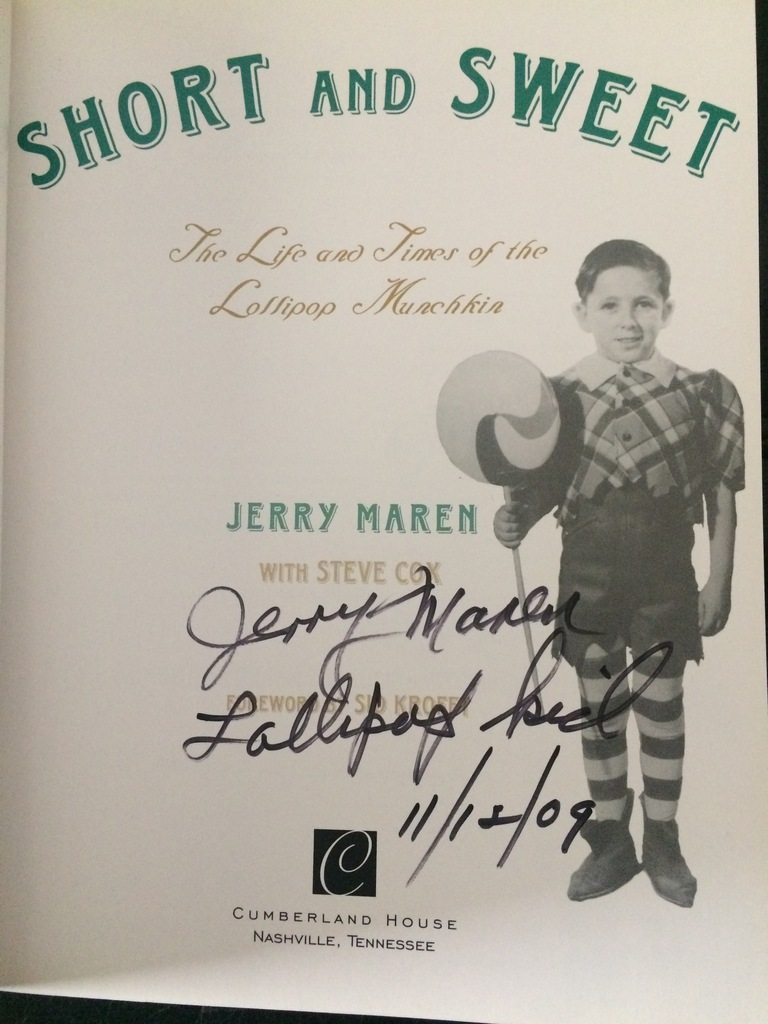 When it came my turn to pick a gift from all the gift bags and wrapped presents in the middle of the floor, I grabbed a present that I could tell was a book. I opened it and saw it was Maren’s autobiography, called “Short and Sweet, The Life and Times of the Lollipop Munchkin.” The person that brought the book said, “Open it up, it’s autographed by him.”

Easily the best gift I’ve ever gotten during a white elephant gift exchange.