For whatever reason, fewer bands made stops in Cleveland this past winter.  Actually, that was fine by me, although I have still managed to go to eleven concerts so far this year. 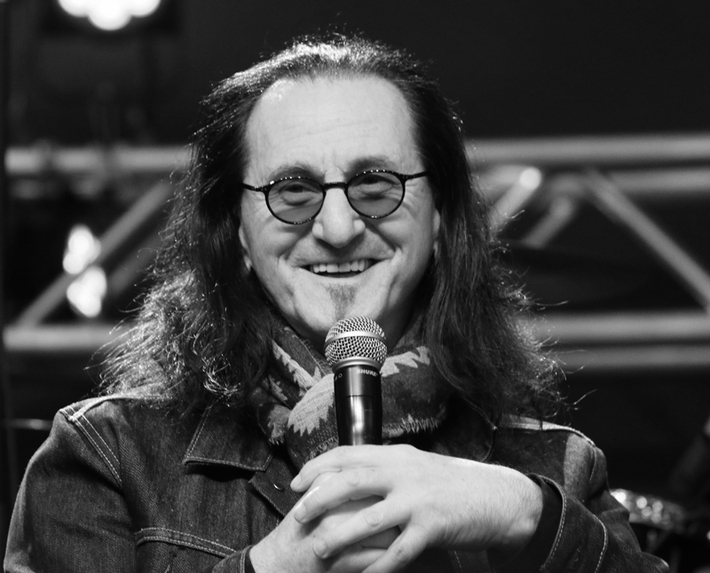 My first autograph of the year was Geddy Lee.  Geddy and Alex Lifeson made a stop at the Rock Hall for a Q&A and a book signing by Geddy.  The Rock Hall made it very clear that no outside items would be allowed in. It’s funny how the Hall treats people like children.  One fan from Canada had a Rush bag slung around his shoulder and they made him take it to his car. Remember, the Hall sells posters, vinyls and CDs in their gift shop.  Outside items- no. Items purchased at the Hall- ok. However, Geddy was only signing his book and wouldn’t sign anything else. I was happy to be able to purchase a ticket and get my book signed. 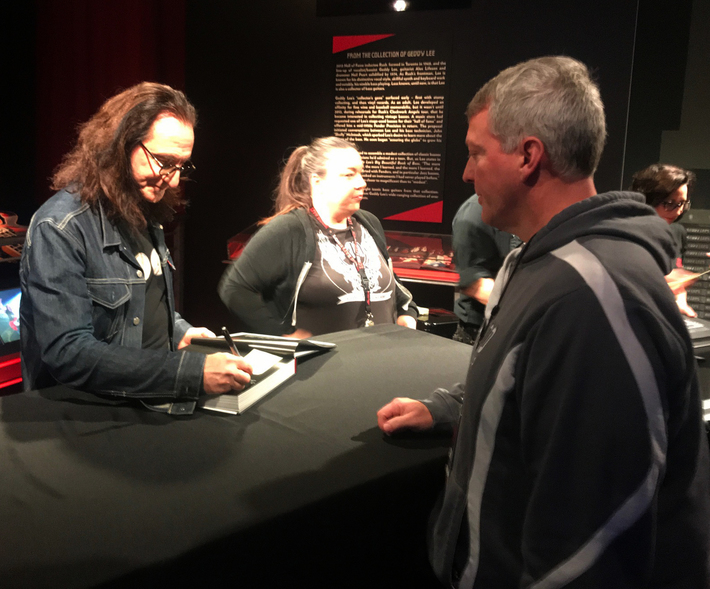 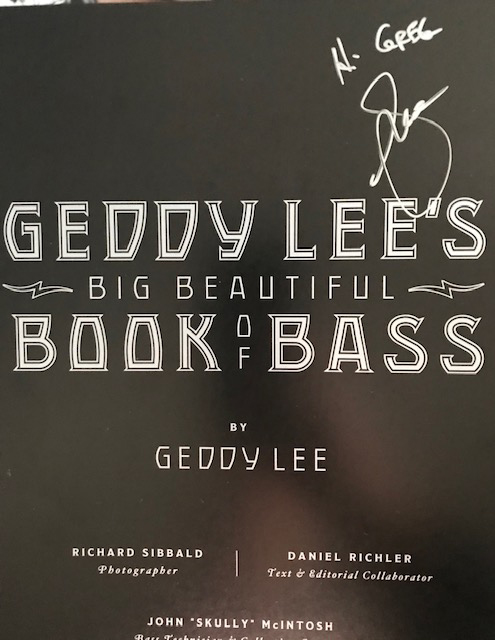 Next up was Metallica.  The band has not played in Cleveland for over 10 years and the show was sold out.  It was bitterly cold out, but I figured I had to try for these guys. There were three of us there waiting before the show.  One of the guys was there the night before and asked James to sign. He said James told them, “I don’t do that.” They said “How about a picture.”  James responded “I don’t do that either, but I will shake your hand.” Gee, thanks James.

The next day, James was the first to leave and he just waved at us.  Next was Robert. He came over to us and signed whatever we had. Lars was next and went right to the SUV.  I was disappointed because I heard he is usually great. A couple minutes later he waved us over from the SUV and signed from the warmth of his car.  He was great and I ended up getting three from him. Finally, Kirk left. He walked by us and we pleaded for him to sign. He stopped and said, “OK, one each.”  I was happy to get three of the guys on my Hardwired vinyl. It’s as complete as its going to get- thanks to James’ lack of signing. 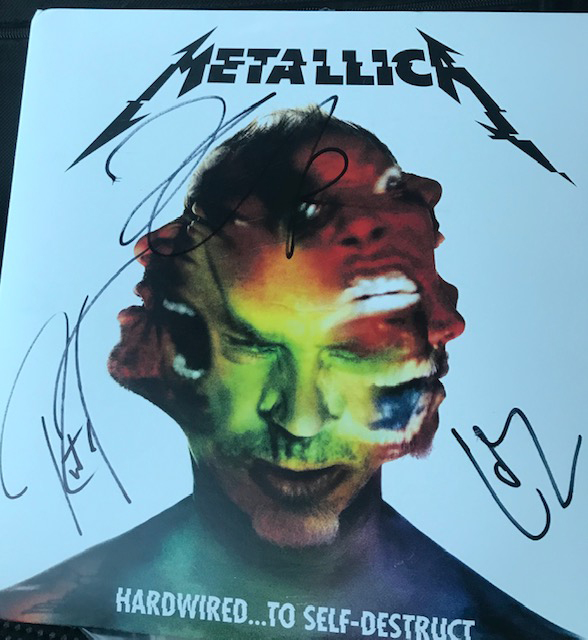 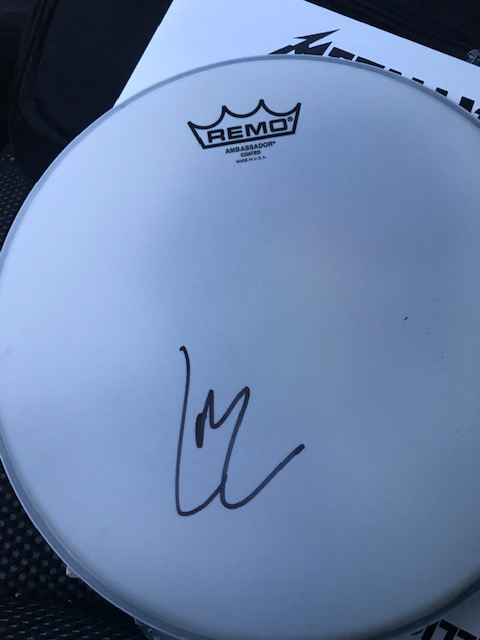 Comedy legends Cheech and Chong made a stop in the area and both guys were gracious to sign for fans.  I actually got Chong to say "Dave's not here!" on video.

I got approved to photograph Dokken.  There are only two original members touring- Don Dokken and Mick Brown.  Long story short, I did not get my photo pass- instead, I got a meet and greet with Don after the show.  I had him sign a vinyl and then got Mick to sign them out back. Both are very nice guys. 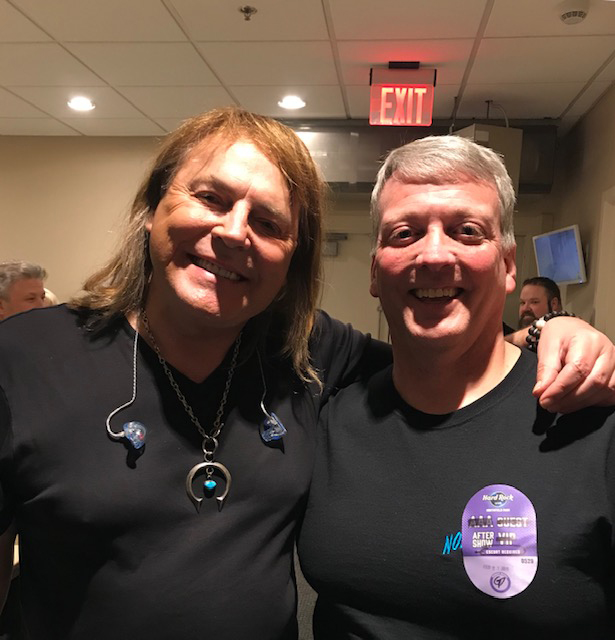 Another cold evening had me out covering country legend Ronnie Milsap.  The guy has had over 25 number one hits in his career. His voice isn’t as strong as it once was but the guy is still out there doing it.  Me and another friend waited out after the show next to his bus. A woman said that she would take our stuff on the bus to get signed once he got on.  A few minutes after the show, he came out and we asked for a picture with him. He agreed and when I went to snap it for my friend, Ronnie yelled “25!” and did the same thing for my picture.  Not sure why he said that. Anyway, they got him on the bus and a few minutes later our items came back signed. 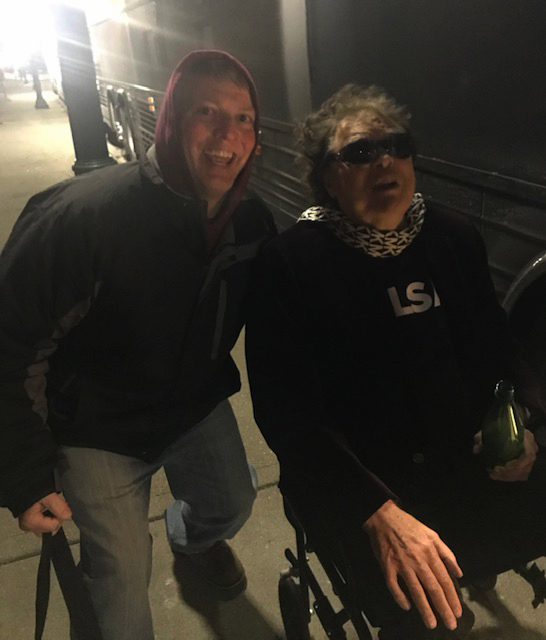 Finally, Graham Nash and Christopher Cross played on the same day at two different venues.  I decided to go for Graham before the show and try for Christopher after. There were about seven of us waiting for Graham and when he came down he said, “Holy s*** guys, I can’t sign all of that!” One grapher said, “How about one or two each?”  Graham nodded his head and said, “Ok, I’ll do three each.” I only had my Live Aid poster to get signed so I helped out another grapher and got two albums signed for him. I went to the Cross show, I really like “Ride Like the Wind,” and waited after the show for him with about a dozen others.  He went right to the bus, but after about 45 minutes, his manager came over and collected our stuff for him to sign. I ended up getting the Arthur soundtrack and his first album signed. 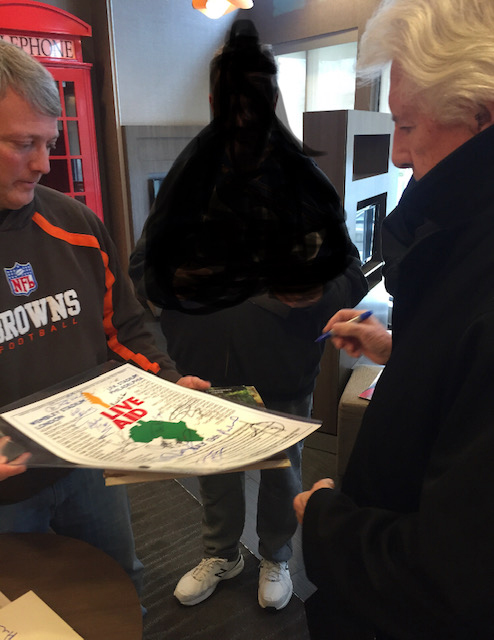 I would say quality over quantity this winter.  We will see what the spring will bring. Nick Mason, Dave Davies and a few other notable artists will be coming to town.

Good stuff as always. That Metallica album is killer.

How is Nick Mason when it comes to signing?

I heard he has been pretty good.  He'll be in town in a couple of weeks so I will let you know.

Thanks for writing this!  I collected in person in Cleveland in the mid-90s, and it was a fun time and a lot of hard work!

Does graphing cost you a lot of money?

It just costs me the price of the items to get signed, cost of gas/parking (I'm usually at the shows anyway) and of course time.