Despite not being as much of a "household name" as Alan Shepard, John Glenn or Neil Armstrong, Gagarin is a tremendous historical figure and there is strong demand for his signature.

Yuri Gagarin signed autographs for approximately seven years before his death. Because of the short time frame, there is not a great deal of variation in his signing style over this period. Gagarin traveled widely after his flight and was reportedly a generous signer in-person and also responded to mail requests. That said, for someone who died behind the Iron Curtain 50 years ago, the number of alleged Gagarin autographs in circulation far surpass the numbers one would reasonably expect to exist.

Regrettably, his signature is highly forged and collectors must use great caution in obtaining a Yuri Gagarin signed item.

This is an abbreviated version of a study originally published on my website. For more examples and details, click here to see the full study from Zarelli Space Authentication. 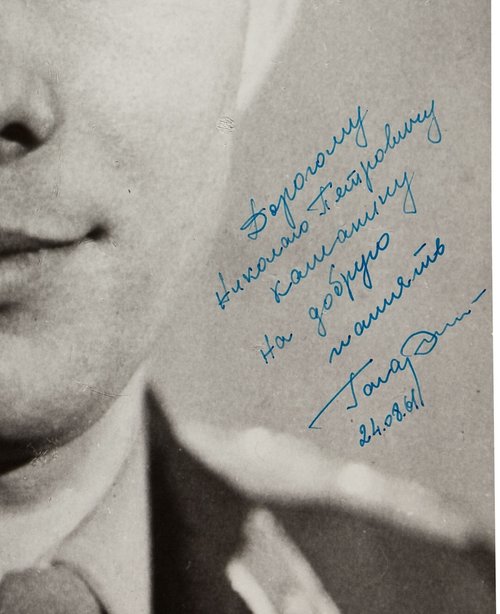 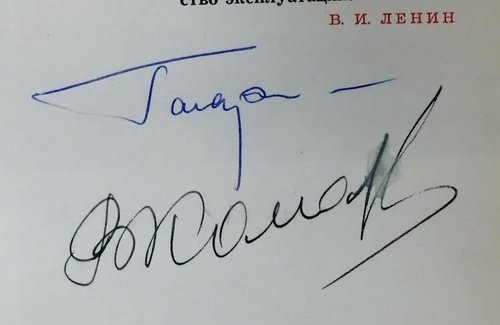 Gagarin is highly forged on photos, documents, postal covers, postcards, etc. One forger in particular is responsible for many thousands of Gagarin forgeries over the past 20+ years. Mass-produced forgeries on a fake document Thanks, Chris... I appreciate it.

Nothing impresses me more in this hobby. Someone who studies and puts in the hours to be the hands down leader in his field. Thanks Steve. When the day comes that I want a real Gagarin or Armstrong, I know who I will reach out to.

Thanks, Pete! It would be my pleasure to help. :-)

Many thanks Steve for sharing your many years of studying to this very informative site, l really do appreciate it bud, stored in my database....THANK YOU Steve