I recently inherited a Babe Ruth autographed baseball from my dad that was originally my grandpa’s, and who I believe has had the ball since he had it signed by Babe Ruth.
it hasn’t been authenticated and I’m planning on sending it to JSA soon to have that done. But before I spend $300+ on getting it looked at by JSA, I was hoping some Babe Ruth fans here could take a look at these pictures and tell me if you think it could be real or a forgery?
The ball is covered in a brown colored “shellac” I guess to try to keep the signature from getting worn off. And there’s also a knick next to the “u” in Ruth. I have no idea if the ball was used and hit in a game and then signed or was damaged later.
Please let me know your thoughts 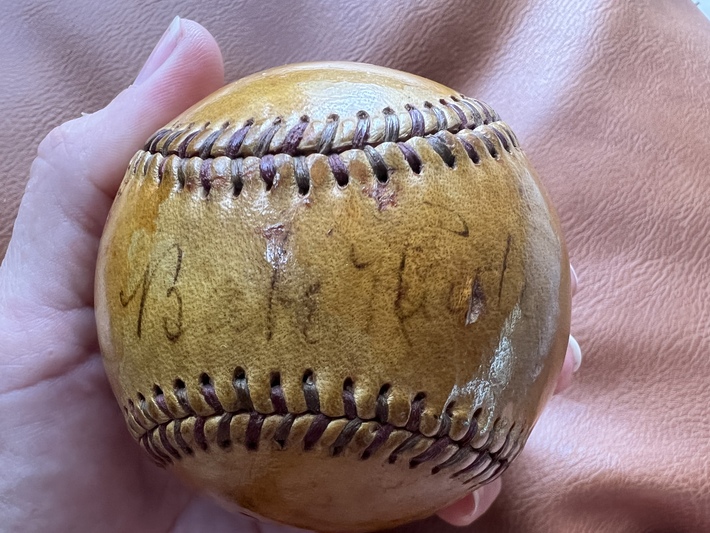 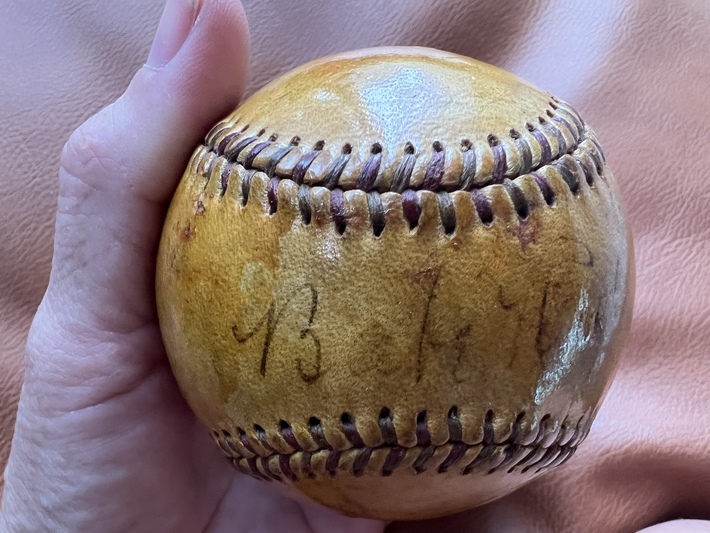 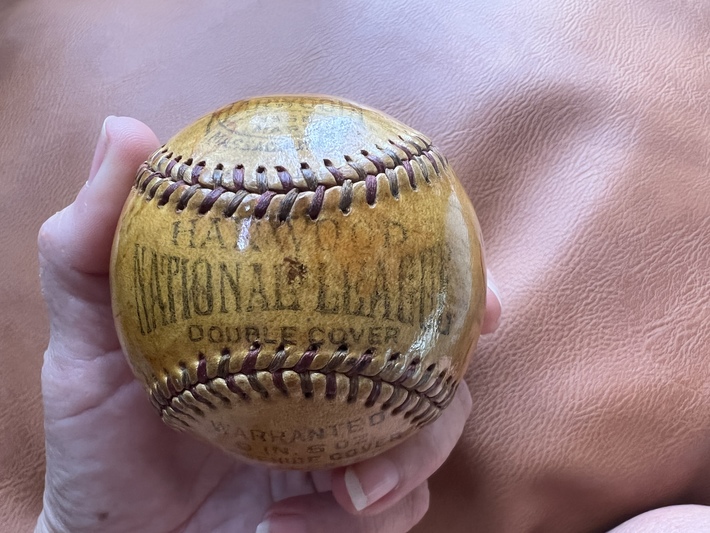 Ruth is extremely risky and prone to very deceptive fakes. For this reason, you may not get responses... people are wary of stepping out on a limb.

You could try Beckett online signature review, but I believe they tend to pull the "inconclusive" card on high value / high risk items unless it is a plainly obvious fake.

Thank you. I was considering doing the Beckett online review but I think I may just go ahead and send the ball to JSA. This ball has been with my family a very long time. My dad and uncle fought over it as kids on who would get the ball as adults. So it’s hard to believe it’s a fake unless it’s a secretarial (I read about those on here)

I agree with, Steve.

That baseball would have to be examined in-person.