Turdle has been at it for a long time now. Forgeries so bad that most of Turdle's $19.99 openers aren't even met any more!

Hey Turdle. Get a job. Next up, from Germany, seller Twingo-Tina-2000.

When you look at the rest of Twingo's offerings it appears that Twingo is the Germany equivalent of Coach's Corner:

It's all garbage. $100 autographs selling for pennies on the supposed dollar.

Some real Lees to shill the majority of fakes.

Check out this beauty.

Authenticated by Kevin Martin of piece of the past.

Colby also has the full range of 30 or so signed Marvel Comic cover posters, supposedly signed at 1993 Dragon Con! If they gave Stan ten 72 hour days to sign them, he couldn't have knocked out the thousands of upon thousands of these posters abounding on the net supposed signed at that Con. They all have the similarly ridiculous forgery, where the Lee part looks like it's trying to get away from the Stan part. AVOID!!! 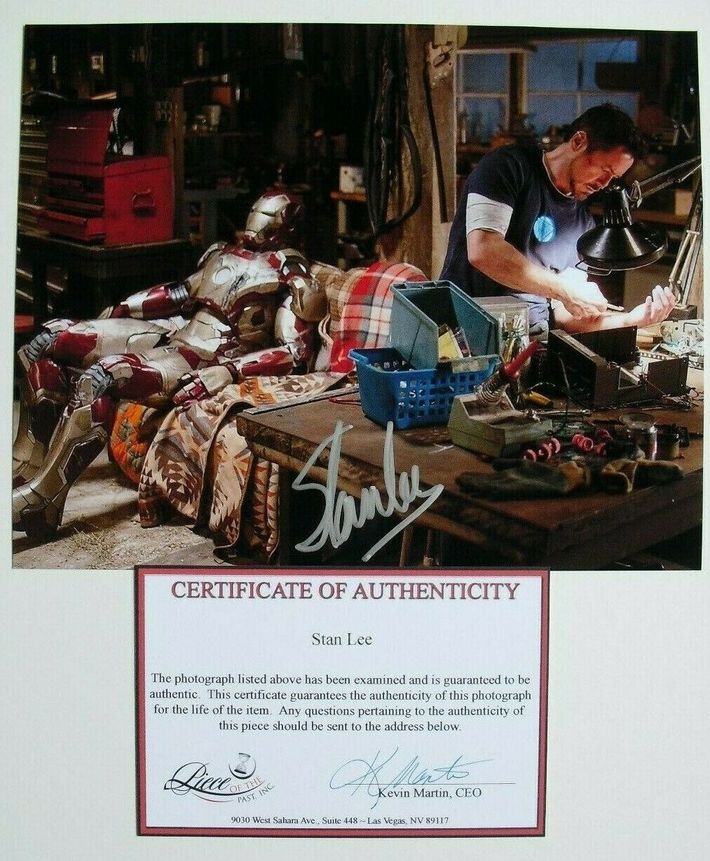 And from the looks of it, he doesn't even bother to shill all of forgeries with a few genuine ones.

All obviously by the same hand. But not even remotely the hand of Stan Lee: