Yesterday, Dec. 9th, it poured raining all day but the temperature was in the 50’s.  Today, Dec. 10th, it was dry as a bone but the temperature, when I left for The Palace to get Jack Casady to sign this acoustic bass guitar, started in nearly the mid 40’s....wasn’t too bad to stand outside waiting for him to show up....but by the time his bus did arrive....it was just a couple degrees above freezing.  But this was my one chance ever to meet up with him and get him to sign this guitar.
Luckily only had a couple hour wait.  When he did arrive it was cold.  He didn’t want to get off the bus, he’s 75 years old, just to sign an autograph in the cold so he had the guitar brought onto the bus where he signed and then had it returned to me waiting outside the bus.
One of my noted feathers in my cap because I believe he is one of the 3 major bass guitarists from the 1960’s era.  I’m done now for the winter and standing out in the cold to get an autograph for now.  Just had to stick it out this last day for Jack Casady.
https://en.wikipedia.org/wiki/Jack_Casady
https://www.youtube.com/watch?v=b1S3jnFfJXM
https://www.youtube.com/watch?v=77-vQJtbFas 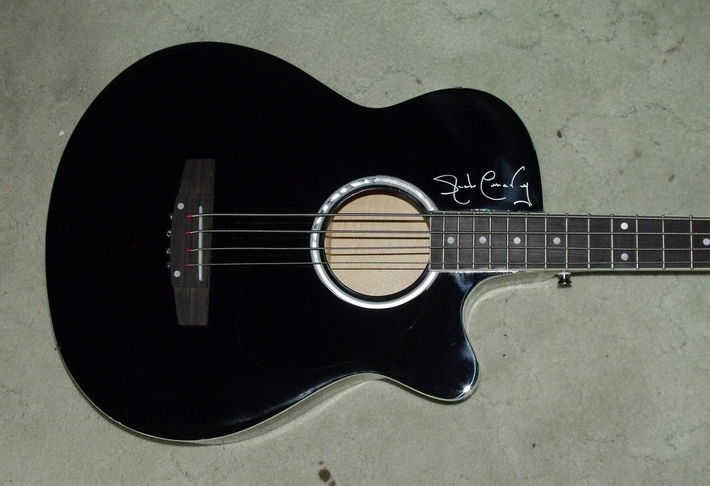 The signature came out very nice! Congrats, worth the wait in the cold!

About an hour into the wait and the temperature started dropping I was beginning to hope really hard for that bus to come around the corner.