Closing notes: It is sometimes said that Gleason's wife signed for him. She did! Marilyn Gleason, starting early, in about 1965. Gleason was married 1936-1970, 1970-1975, and 1975-1987. From what I have seen the "My Best Wishes" secretarials, which represent the overwhelming majority of signatures, start to appear on photographs from about 1975 on. The presence of this inscription does not equate with being a secretarial, but this is often the case. I also note the lack of any transitional examples of the secretarials. The little I have seen appears forged or unusual in some odd way. His authentic signature mutated slightly over the years while retaining basic elements, yet the secretarials just change violently. I have never seen the 1960's style secretarial signature shown in the composite above, whose appearance seems to correlate with his move to Miami in 1964, on anything but these small photographs from this period.

Check the "w" connector with the 5x7 Gleason I have. All considered, who would sign like that?

Thanks Scott :) This SP is amazing - so glad I was able to post it for reference. Loving the "w" ;)

And a Carney SP just as large :) 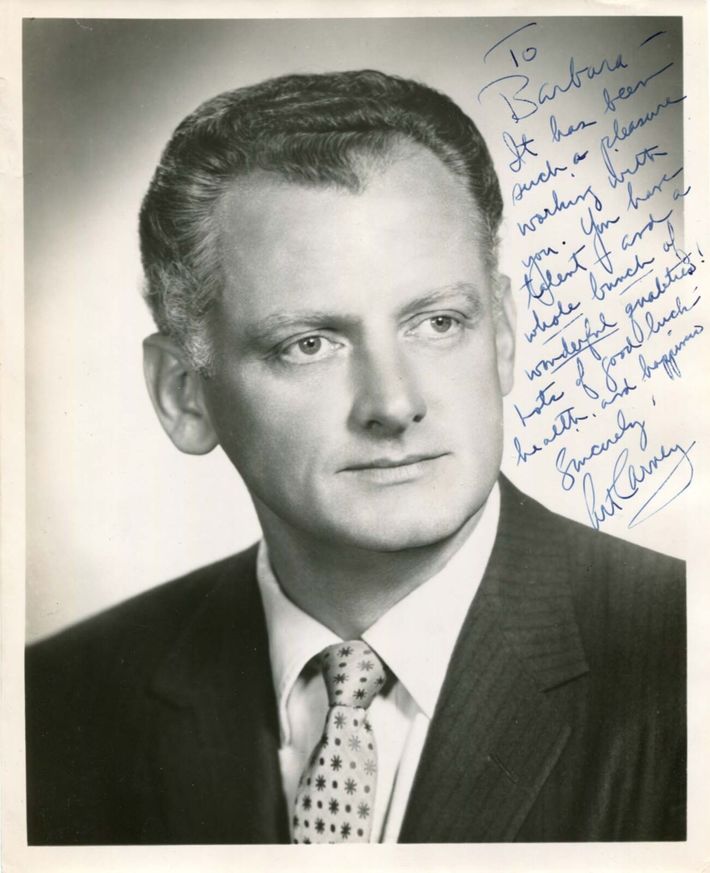 Thanks Jason :) They are very useful. Gleason can be a bit slippery with fountain on glossy! Then again he might have been using Scotch as a solvent in his pen ;)

That is a great early Art Carney again more writing than normal with his.

Thanks, it is a nice one. And typical of his earlier hand. Nice signature he had. Very regular and consistent.

I've been a student of Jackie Gleason's signature for many years, and most of what I learned, I learned from you.  So thanks!

I saw a Gleason autograph on eBay yesterday that I hesitated on and which sold quickly but I'm fairly certain it was good.  For my own understanding, could you please take a look at it and let me know your thoughts?  The attached image is the best I can get.

There's both a printed signature and a live one on this photo.  The hand-written "My Very Best" inscription looks dead on to other exemplars in my file and makes me think the rest is good.  The hand-written signature, which is placed just below the printed signature, looks pretty good too although it's possibly a bit atypical as he tried to squeeze his last name into the remaining white space.  According to a notation on the back of the photo from the original collector, this autograph was signed on July 28, 1952.

Anyway, thanks again for all of the insight into the Great One's John Hancock.  In large part because of your work, I was able to finally track down an authentic Gleason a few years ago and I treasure it.

Thank you for the nice comments. I appreciate the nice words. I will look over the Gleason later - it appears a bit odd for 1952. Seller has secretarials for sale - common ones like 1930's Bette Davis, from the same collection ("To Audrey' etc) so that was TTM suggesting more were - many 5x7's which are 80% secretarial by the numbers/percentages. The sold $103 Garland and $165 Bud & Lou seem a bit off as well...the Eddie G. Robinson appears OK (8x10) but unsold at $60. Would like to see your own Gleason :) Have you found my set of vintage signed photos in here?

It is odd - it appears blue ball point for the inscription and black fountain for the signature? Very interesting. I have seen preprints before where the celeb hand inscribes and either just leaves the preprinted sig to suffice (De Kelley) or the secretary adds a signature. But I have no conclusion yet. Looks like fun :)