Hi all.
I enjoyed the last discussion regarding the press promo pictures and with all the time in the world on my hands owing to the lockdown and being furloughed, I thought I would go through the drawers and dig out the various Morrison auto purchase attempts I have made going back some years. I have three that I will share. The first one herein, I think has featured on a discussion here previously. I bought this some years back and I was pointedly reassured by the seller that it was the real deal. Of course, it is an exact copy to my eyes, of a Lords signed poetry book. What I am curious about is, how do I ascertain if the ink is live or merely just a preprint. I was going with the latter but there does appear to be pen pressure variation on the leaf unless I my aging eyes deceive me.

i have also included that magical worthless certificate of authenticity with a stamped seal for a nice final added touch!!

And just look at the quality of that ageless paper that the signature appears on!

PS this as all originally framed 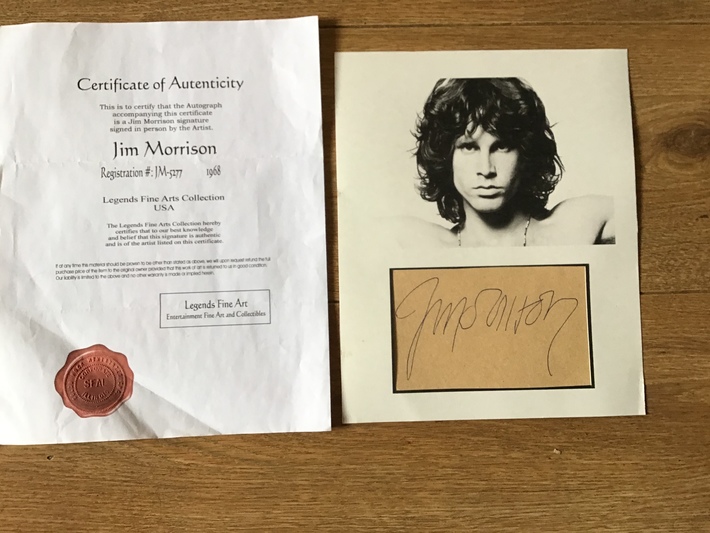 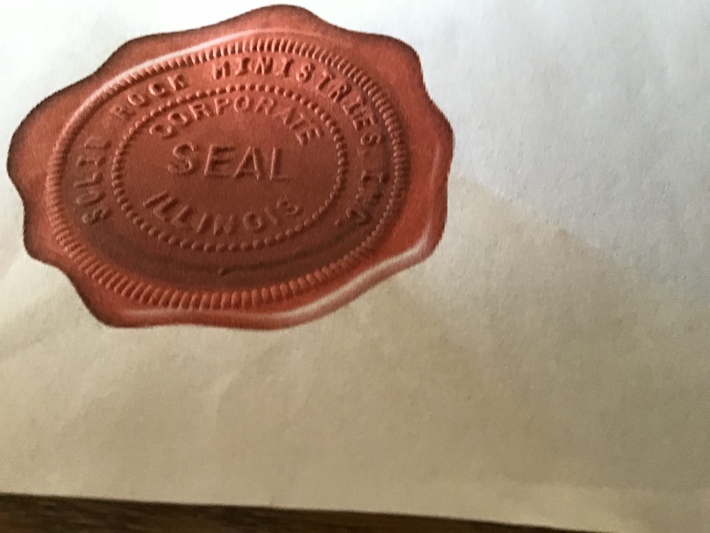 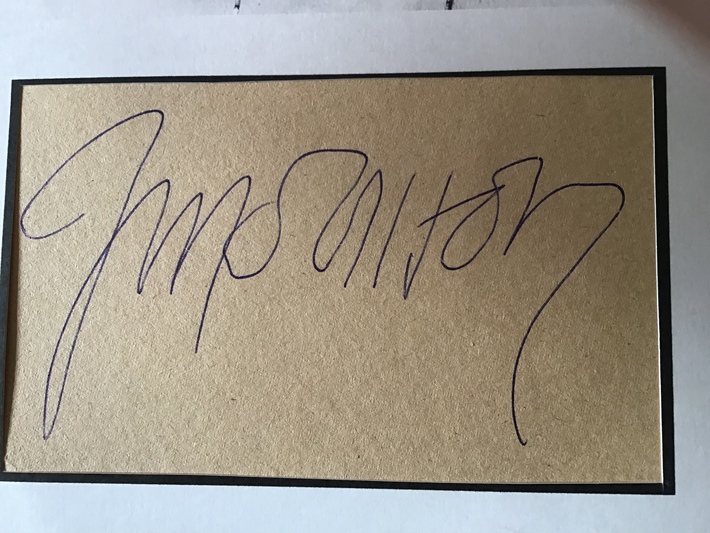 This wouldn’t be a preprint because it’s an awkwardly drawn approximation of that authentic example from a copy of The New Creatures.

So it’s a case of ‘Legends of Fraudulent Art’!! The letter S attempt, ink on paper/off on paper/back on paper seems rather crude in efforts to replicate that original.
I must admit at the time, I was somewhat taken by it at the time I purchased it some years back and I was convinced it was live ink. Tell you what Mark, it is crude to look at now, but I was convinced at the time

The real deal I believe 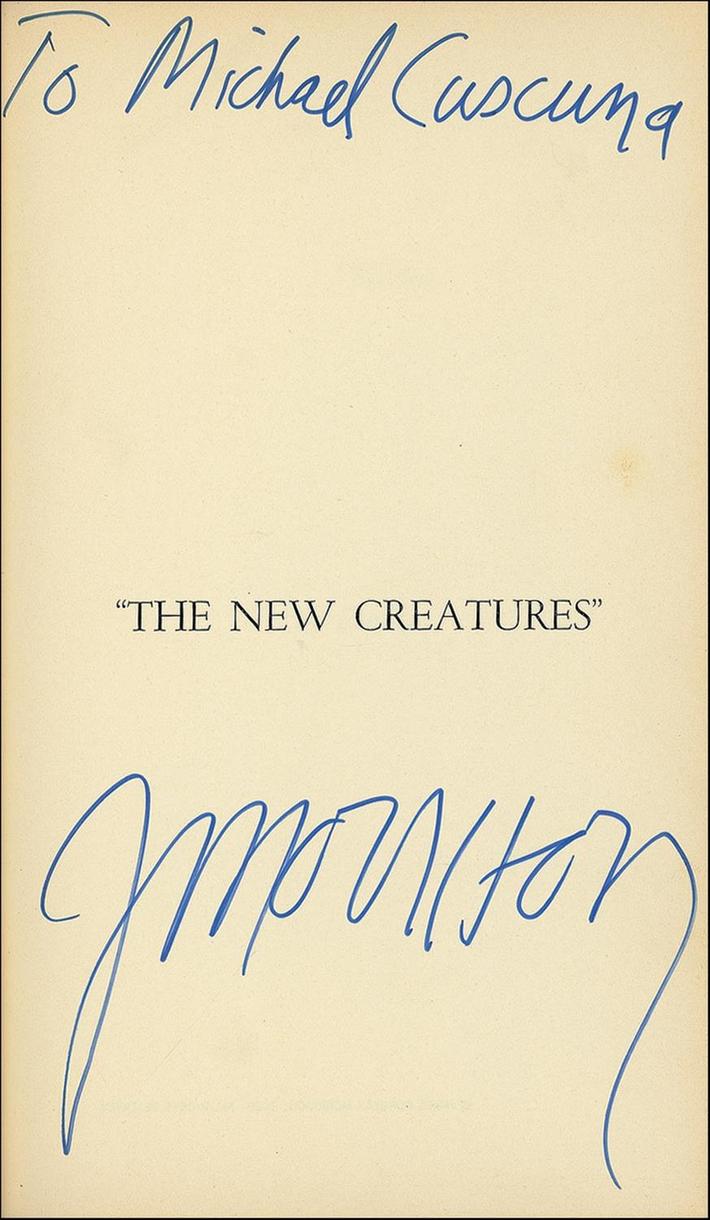 Permalink Reply by Josh Board on Friday

Is the company you purchased it from still in business? And if so, could you get a refund? I don't buy a business saying "That was too many years ago." F- that. I once bought a signed Doors picture from Heroes & Legends. He told me the story of how it was acquired. As The Doors are my favorite group, and I've seen many signatures, they all looked PERFECDT. And, it was on my favorite promo picture of the band, to boot (the photo where Ray is in sunglasses, and Jim has his arm bent on Densmore's shoulder; love that photo). It was an original promo photo. Well, a year later, maybe two years....the owner of that place (Myron Ross), gave me my money back, which I thought was a very classy move, as I couldn't find his original certificate of authenticity, and he reimbursed me for the $100 I spent to frame it. (if it's real, he would have had NO PROBLEM selling it for 5 times what I paid; if it's fake, well...he paid the extra $100 for my incredible framing job with a company that did it nicely).

Hi Josh. I love how your always state that theDoors are your favourite group!. It never fails. They too am My favourite group. The sellers conveniently disappeared a while after my purchase. In their dying embers of messages, they maintained that the autograph was genuine. As I mentioned to ballroom, I have purchased a few back in the day until I got the real deal. I have two more to post so stay tuned

Wow, it sounds like he really wanted you to keep quiet about it. It’s a shame that you didn’t keep an image of it. It would be interesting to see if it matches the more recent ones from Heroes and Legends.

So Mark, are you ever gonna share your nuggets? Would love to see 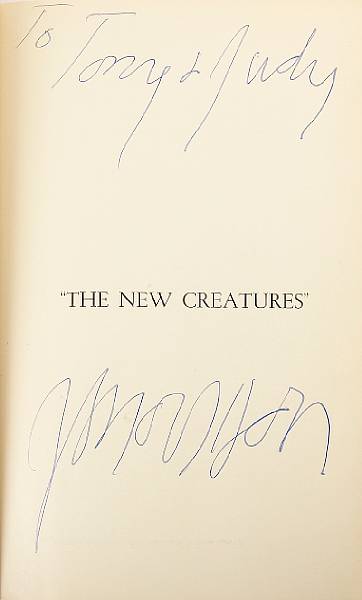 Congratulations. Beyond reproach and perfect in size and boldness