Last week on a trip to Liverpool I met a man who claimed to be Neil Aspinall's son. He also claimed that The Beatles used to play in the basement of his house long before they were famous. I was just about to scrub him off as another Beatle BS'er (Liverpool was full of them back in the 80's; everybody you met said that they went to school with them!) when he offered to show me around.

I've included pictures of some alleged John Lennon graffiti for your opinions. The story goes that when his mother decided to open a club in her basement she got The Quarry Men/Beatles to help decorate. John Lennon decided to scratch his name into one of the walls he had painted but before he could finish the mother spotted him and was so upset that she actually hit him! Some time later, typically wanting to have the last word, John added a bit more graffiti to the ceilling which I've also included a picture of for your opinion.

I know the story sounds far fetched but he did have a lot of evidence that backed up his tales. What do you all think?

Permalink Reply by Innuendo on July 10, 2013 at 11:35am
The darker background, I'm assuming is wood? If so, if you knew the exact type of wood, it could tell you right away. Some will react differently to cuts or carvings. Like color changes, texture changes ect. If you could find out what kind of wood it is, that could give you a shot at finding out if it was at least carved back when john was around.

Thanks for the reply MM. I guess that there's not that much to go on really. Some of his corroborative evidence was pretty convincing all the same. Here's a couple of pictures of The Quarry Men and The Beatles that he claims shows them actually playing in his basement! I wonder if he has somehow Photoshopped the pictures to look like they were performing in his basement or maybe he has some carpenter friends who've made his basement look like an authentic early Beatles venue? 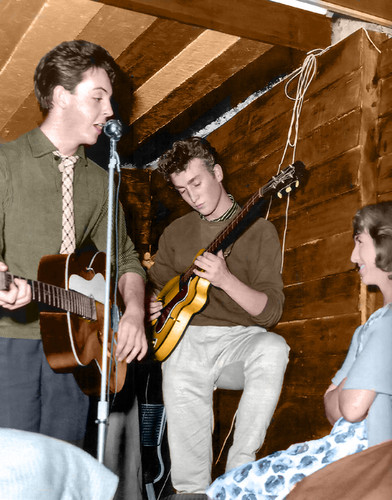 The Quarry Men Playing In His Basement? 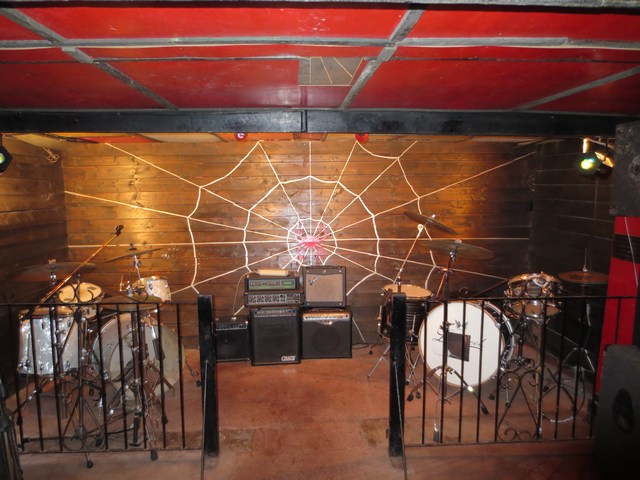 Another room in his basement 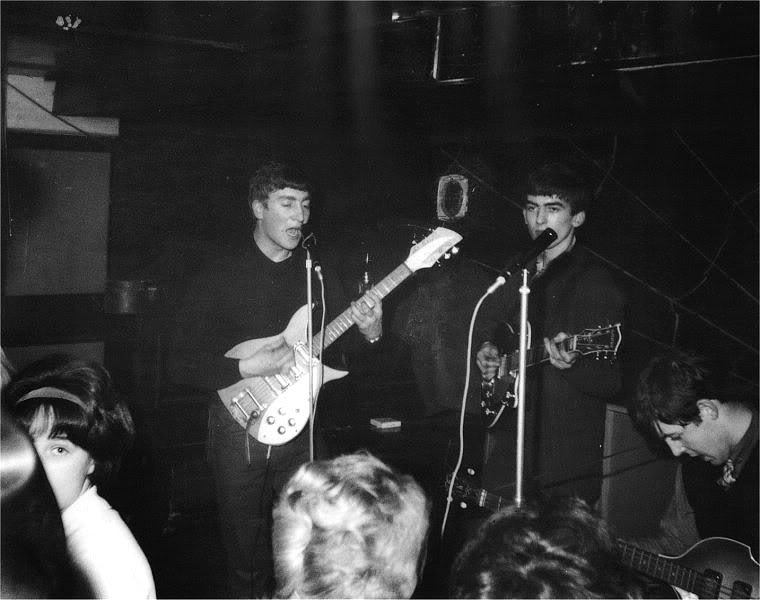 The Beatles playing in the same room?

The crazy thing is he was charging people £15 each to come and see his basement and they were paying it!

The Casbah coffee Club... Started by Pete bests (the first drummer in The Beatles) mother.... I have been to this place and had a tour with Pete Bests brother.. Awesome place!!

You got it Bjarte49. Just thought I'd lighten the place up a bit with a thread that doesn't contain any threats of impending litigation. Having been there yourself I'm sure that you'll agree that The Casbah is a great place to visit if you're in Liverpool. IMO (where have I read that before?) it's much better than The Cavern, which isn't even The Cavern.

The tours are usually given by either Roag Best (Pete's brother and Neil Aspinalls son), a real character, or Rory Best who actually experienced the whole era. And for those that don't know the John Lennon graffiti is supposed to be the real thing!

Yes it was a  fantastic experience when I visited this place in February this year. Definately the peak of my trip to Liverpool! Everything was so authentic. The cellar was still like it was back in those days when Paul, John, George and Pete Best played there. (Before they was introduced to the Cavern club).

It was literally like travelling back in time. And to see all the work the Beatles had done to help making this club was just amazing. Many fans doesn`t know about this club so it`s kind of a hidden gem. Far from beeing as commercial as many of the other Beatles attractions in Liverpool!

Permalink Reply by Innuendo on July 10, 2013 at 12:52pm
I suppose there is no sure fire way to make absolutely sure, and perhaps it adds to the appeal of Liverpool. Speaking as a Texan, I know that stories like this (real or not) do great at drawing in a music crowd. England is the mecca of good music and its roots, so the wife and I travel there every chance we get. I'm always very starstruck when we visit some places there (even though the performers are gone). England just has the vibe and past badges of honor of its musical past. We had Elvis and MJ, sure. But England and its little places like this, keep us US guys pretty envious. Thanks for letting me know about the place Karl. Ill be sure to have a look next time we go.

Hey Karl...Are you talking about Roag Best? That's Neil Aspinall's son...they say that Lennon did scratch his name in the wall at The Casbah...

@ Jim Cushman, that's right, Roag Best, Neil Aspinall's son told (and many others no doubt) me that personally. To be honest I have no reason to disbelieve him, everything else there is so authentic and well documented, watch the youtube link that Bjarte79 linked to in one of his posts on this thread to hear all the stories of The Quarry Men helping to decorate the basement, straight from the mouths of Macca and all.

Pre-fame Beatles is my favourite part of their history and if you haven't been to The Casbah already I recommend it if you get the chance. I'll post some more pictures later.

Mercury Man, I'm glad that you enjoy your trips to England and I'm sure that you love The Casbah. As to you reference about the places in England being so small; I think that's why I made my first two posts in this thread so 'tongue in cheek'. These days we tend to think of top acts like The Beatles through our modern, large stadium mentality whereas the truth was that even when The Beatles were famous, at least in England if you lived in even a medium sized town you might be able to see them live at your local cinema or nightclub. I wanted to illustrate how unbelievable it all seems now. The same is true for The Stones, The Who or Jimi Hendrix.

Here are some more pictures from last weeks trip. I like to visit places where The Beatles performed either before or after they were famous. The places are disappearing fast. Roag Best with another visitor to The Casbah Myself enjoying a pint where The Beatles used to sit in 'The Grapes'. The picture of The Beatles on the wall sitting in the same spot was accidently reversed when it was printed. The Lathom Hall where John and Pete rescued Stuart Sutcliffe when he was beaten up there. Look who's playing there in September! The Grosvenor Ballroom, site of the 'Ronnie' incident where The drummmer-less Beatles got out of their depth when a tough Teddy Boy decided to take up their appeal for a drummer from the audience. It has a plaque outside and is still pretty much as it was. They even let me in to see the hall when I asked. 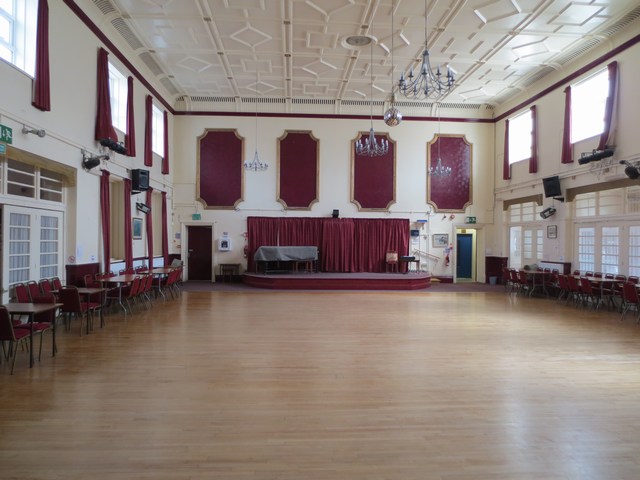 Some of their old venues probably won't be there for much longer. 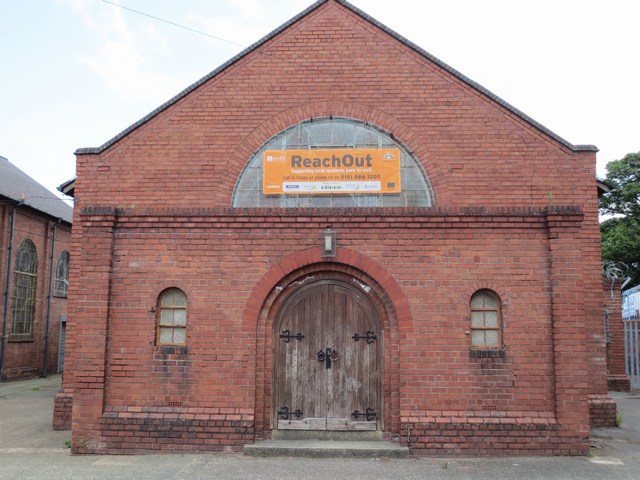 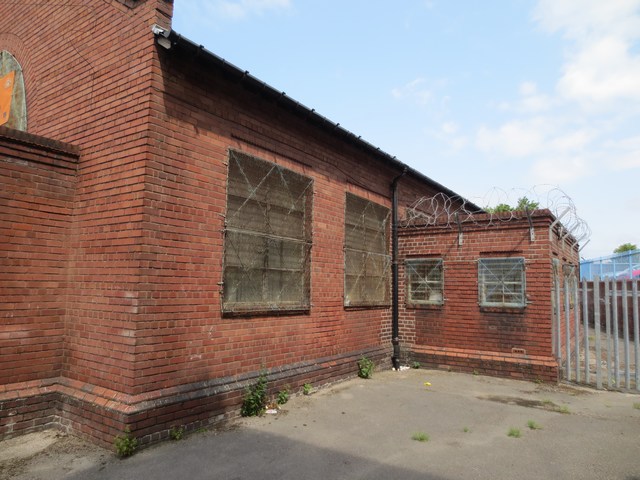