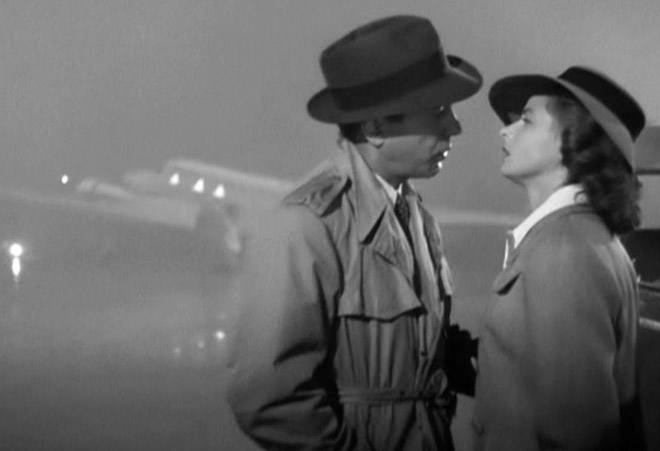 One of my favorite movies is “Casablanca.” So I was thrilled when a friend, upon hearing this, said, “I have a barstool from that movie. I bought it from a company selling Hollywood movie memorabilia for charity.”

She said she paid $50 for it, and it’s just sitting in storage. She said she’d give it to me, and...I’ve brought it up a few times, and she keeps putting it off. Arrrgggghhhh!

I thought about that today when I heard that the airport hangar facade that you see in the opening of “Casablanca” was saved from being destroyed. It has been around since the ‘20s, and was used in the 1939 Laurel and Hardy movie “The Flying Deuces.” It had been sitting in a Los Angeles hotel parking lot, since being removed from the Van Nuys Airport in 2007 for renovations.

I never saw “The Flying Deuces” but who can forget the plane landing in front of it in the classic Bogart/Bergman picture?

Christine Dunn, who with her late husband recovered the hangar with 95-foot doors 10 years ago, said that it’ll be moved to the Valley Relics Museum, which holds a lot of pop culture items.

I wonder if it would’ve been sold, what kind of money it would’ve brought in. I was certainly shocked when another airport related item went a few days ago. It was a private jet Elvis Presley once owned. It went for $430,000 at GWS Auctions on Saturday night, to an undisclosed buyer. It had been sitting on a runway in New Mexico for 35 years. 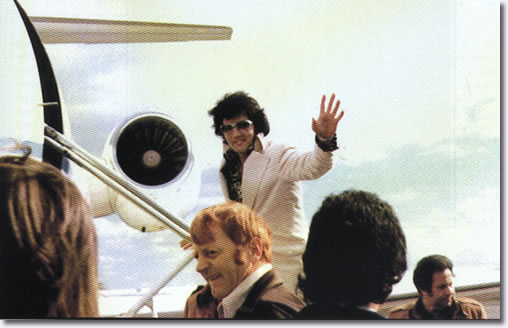 I really wish the buyer was known, and would say what he wants to do with the plane. It’s not like a nice, autographed album you can frame and put on the wall. And it’s not like he can fly around in it. The red, 1962 Lockheed Jetstar has no engine and needs a restoration to the cockpit. I swear...if I’m spending close to half a million on a plane, the dang thing better fly!

Elvis designed the interior, which has gold-tone woodwork, red velvet seats, and red shag carpet. Of course it does.

The JetStar was owned by Elvis and his father, but has merely been sitting on a tarmac for decades. 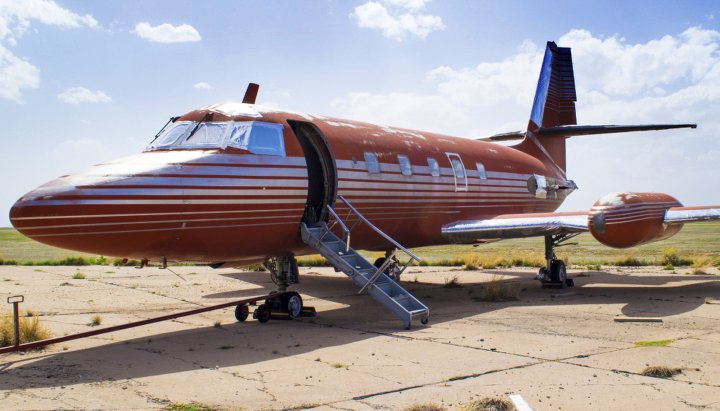 Where was Jay Leno when they needed him?

Casablanca is my favorite movie of all-time.

Love your stories! Sad to say I have never seen Casablanca.