Angry Amy Schumer vs Idiot With a Camera 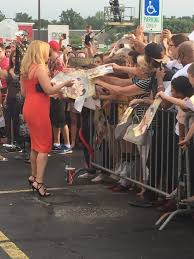 I’ve long told the fellow autograph collectors, that the worst thing for the hobby is the fact that everyone has a camera on their phone. Instead of famous people being asked to sign a few autographs when they’re recognized, they now have to stand around taking selfies with everyone, and deal with half of those people trying to figure out how to operate their own phone.

A perfect example was all over the news the other day, as comedian Amy Schumer (Inside Amy Schumer, Trainwreck), had a run in with somebody that wanted a photo. It didn’t go well. And that’s a shame, because Schumer has always been a great autograph signer.

A guy named Leslie Brewer, who was with his family, ran up to her and as she said, “Scared the sh** out of me. Put a camera in my face. I asked him to stop and he said, ‘No. It’s America and we paid for you.’ This was in front of his daughter. I was saying ‘stop’ and ‘no.’ Great message to your kid. Yes legally you are allowed to take a picture of me, but I was asking you to stop and saying no. I will not take pictures with people anymore and it’s because of this dude in Greenville.”

After she got some bad PR for that statement, she said that she would still take photos. Hopefully, she’ll still sign autographs.

But it’s a great reminder for EVERYONE -- try being nicer during these meetings. Celebs don’t want to be bothered at a restaurant with their family. They don’t want you barging in on them in the bathroom (Julia Roberts told a story about her first autograph, after the movie Mystic Pizza, being a piece of paper slipped underneath a stall door). Comment by Paul on May 3, 2016 at 12:56am
I remember standing around waiting for an autograph of a famous singer and everyone around me wanted selfies, for their 2 min of fame on social media facebook, etc.
The name of Amy's next show is called a little selfie inside me.

Comment by Greg Jeranek on May 3, 2016 at 9:47am
GREAT story Josh. Maybe the next trend is instead of graphs people will try to take selfies with celibrities and post them on a website just for that purpose.

I remember back in the day, cringing when I'd get an autograph, and there'd be an obvious "dealer" there. They'd get the signature on a guitar, drumhead, or movie poster, and then they'd ask for a photo with the star -- and ask them "Hold this up"....as proof the autograph was authentic.

But, a good rule of thumb for autograph collectors to follow, should be this. If you ask for an autograph DO NOT ask for a photo. Then you're asking for a few things from the celeb.

I hate selfies and never take them, but a photo with someone I'm a fan of is every bit as valuable to me as an autograph. My main problem is that I'm about 50/50 on being photogenic enough for it it to be something I'm okay posting or showing. Hence, I generally try to get both.

After reading your story, I have to respectfully disagree.

Having collected In Person "Picture Proof Autographs for over 30 years, I have never had anything like that happen to me. In fact, I advise every Autograph Collector to always try to take a photo of the autograph being signed that they are receiving for total authenticity (not unless you like paying authenticators to authenticate your autographs). I also always try to get a picture with the person that I am meeting.

I think that the moral of you story is not about taking pictures of the autograph and with the person signing, but just don't be a jerk about it. Always be nice and treat them with respect.

In my experience, the best thing to do is be completely respectful toward them. I've always waited politely and quietly and when they get to me I ask for an autograph and then ask if it would be okay to take a picture with them. I've never been turned down because I'm kind about it and I don't push and shove or yell or say anything rude. It's a shame that awful people ruin that experience for us fans. 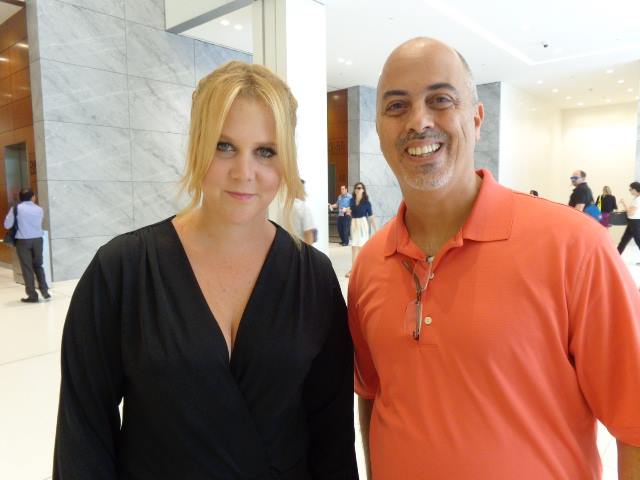 II have met Amy Shumer. She is as nice as can be. The guy in Greenville was just an ass. I cringe when I hear these stories. It's basic courtesy and manners. My grandson is three and he already knows to say please, thank you, etc.. Be polite! Show respect. Don't run up on people. Ask nicely from a few feet away and let them step over to you if they want. They have every right to say no. They do not owe us anything. It's really not that complicated. A little manners and respect goes a long way.  I am sorry this happened to her because she does not deserve it.

Something I have done in the past, and seems to work nicely, is when I see a celebrity in public at the store, restaurant, etc., is wait patiently until they were done with whatever and quietly approach them without making a big deal, and tell them, "I know you are out with your family, but I just wanted to tell you...what a big fan I am of yours/how much I enjoy your work/enjoy watching you play, etc., I don't want to hassle you for an autograph, but is there an address I can write to you at so that when you have more time, you sign one for me?" Every single time, without fail, after the celebrity has almost passed out from me being nice and respectful, they give me an address to write to, or a number to call an agent, and put my request in. A few have politely declined, and said to go to a website and purchase it because they are raising money for a charitable cause, but I have not yet had a celebrity be rude to me after I respectfully approach them.