Autographs People Get For You -- The Warren Beatty Edition

In entertainment news, Jay Z got into a little trouble for pushing a fan that he felt got a little too close to his wife Beyonce. They were in Manhattan at a screening of the boxing movie “Hands of Stone” (side note: I saw it, and it’s pretty good; if you’re a boxing fan, don’t miss it). They’re friend Usher plays Sugar Ray Leonard [side note: Sugar Ray has always been a good autograph signer, often adding a smiley face with his name].

The fan that approached Beyonce just wanted a selfie (again, selfies are hurting the autograph collector). I’m guessing now, the fan will get a nice cash settlement when he sues.

Anyway, on the same day this happened, my mother was in Los Angeles and noticed an older guy at the counter talking to somebody. She thought she recognized him, so she walked to the bathroom to take a better look. She saw an autograph collector (or more likely, autograph dealer) waiting for the man to finish talking. She asked him, “Are you waiting for somebody?” He snapped, “Yes, him.”

That made her realize that it was Warren Beatty. 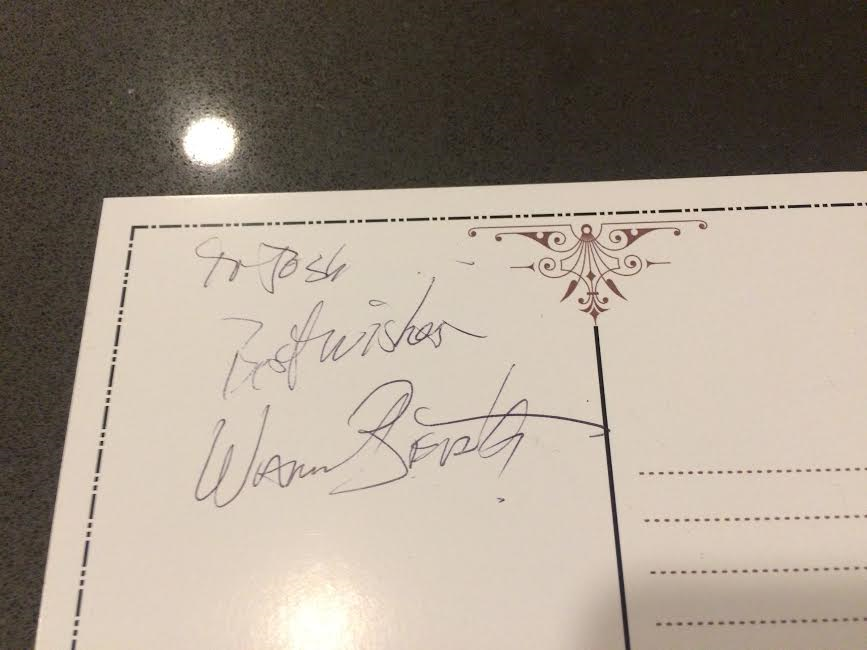 After he finished eating, he went outside to a Lexus, and continued talking to his friend. My mom walked up, interrupted, saying “My son will kill me if I don’t get your autograph.”

He asked for my name, as she pulled out a postcard from her purse. He wrote “To Josh, Best Wishes, Warren Beatty.”

I’m thinking about having his wife, the talented Annette Bening, sign it when she’s at the San Diego Film Festival next month. I highly recommend you attend. Last year, one of the people on this website asked me how easy it was to get autographs, and I told him. He got to meet John Boyega off the latest Star Wars film (and the underrated “Attack the Block”). 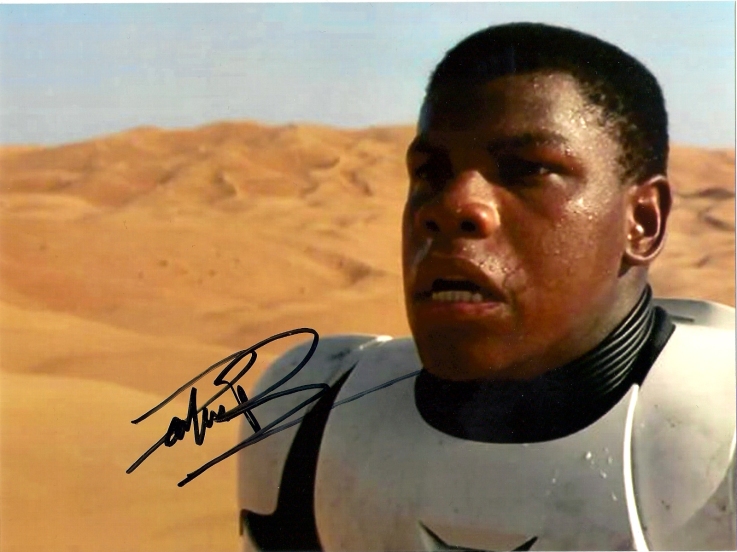 My mom told me she felt nervous and didn’t know what to say. She went with the cliche, “We just love your movies,” and he thanked her.

It reminded me of the time I was 10-years-old and my grandmother got back from a trip to Hawaii. She said on the airplane, she sat next to Fred Grandy, Gopher on The Love Boat (and future politician). I had never watched the show, but was still excited to see the 4 x 6 photo she got. She told me she asked for his autograph after they chatted for an hour, and he pulled out a few headshots from his briefcase. Gotta love a guy that carries around his own headshots.

It got me thinking about the many friends that have gotten me autographs over the years.

When my stepdad was in the heyday of his drinking, he met Charles Fleischer at a bar. I knew him as the bully from Welcome Back, Kotter. A few years after he got the autograph for me, he did the voice of Roger Rabbit. I was then interviewing him on a radio show I had, and told him about the incident. He was smiling, as I told how he drew a caricature of himself, with the inscription “Josh, Keep on Reading, Charles Fleischer.” The smile left his face as he said, “I didn’t write that. I wouldn’t write that.” Since he’s a stand-up comedian, I thought he was joking and laughed. He insisted that the inscription makes absolutely no sense, and he had no memory of writing that. When I brought that up to my stepdad the next day, he said “Well, we were both pretty drunk. Who knows why he wrote it. Maybe we were talking about books or something like that.”

One year when the Super Bowl was in San Diego, a lot of former NFL players were in town. My friend’s wife got a bunch of players autographs for me, but it was the one she didn’t get that I wanted most. She said, “The only player my husband cared about was Bart Starr (Green Bay Packers Hall of Famer).” She continued, “Since he wanted his signature, I got the signed picture for him instead.”

I told her that, if Starr is sitting there at a table with all these photos, I’m sure they would’ve given her a second one to me. But hey...you can’t make somebody feel guitly when they got you 10 other autographs. 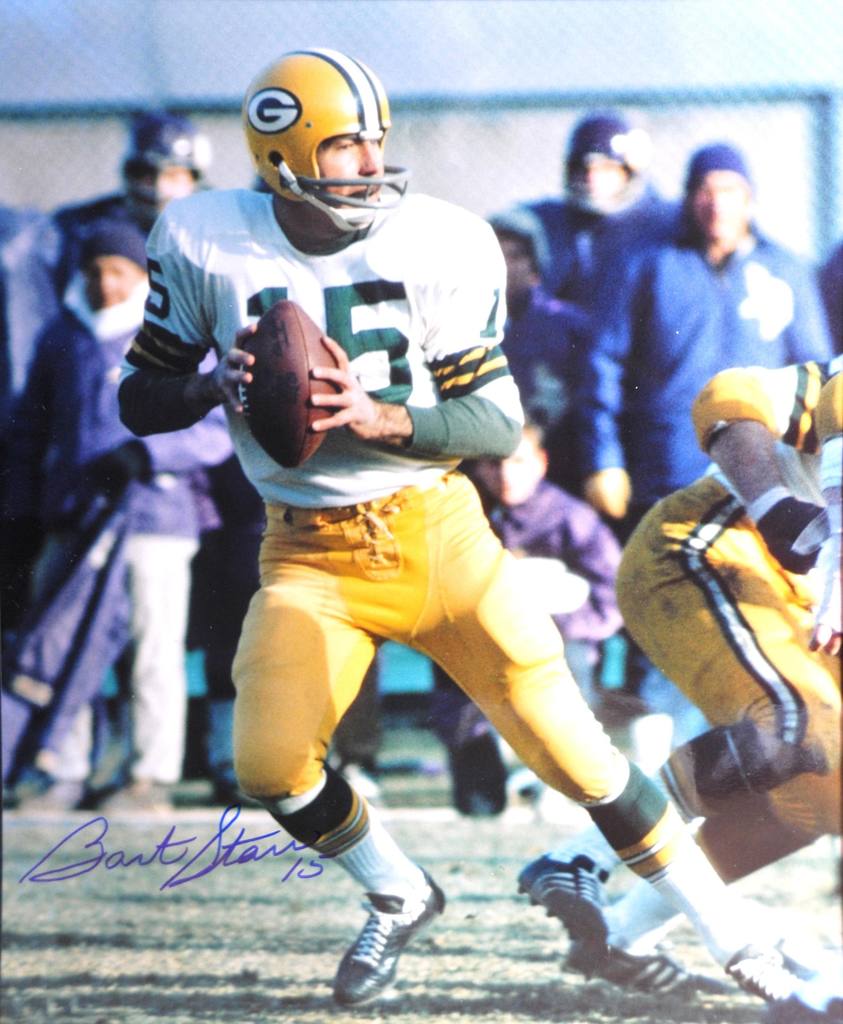 Anyway, all of that got me wondering...what autographs have any of your friends or family surprised you with over the years?

-I had a buddy play poker with Orel Hershiser and he got me an autograph.

-A family member got Ron Jeremy to sign something after he participated in a debate.

I remember those debates Jeremy did. They did a few of those in various cities.

Here's a great poker autograph story, Chad. So, I was dating a woman whose brother played in a monthly poker game with Don Henley of The Eagles. It was somewhere in Phoenix, I believe. I asked if he'd get me his autograph and he said he would. Now, I didn't want him to have to carry an album around, but I didn't have any Eagles CDs. So, I go to the used CD shop, and buy his solo cd END OF THE INNOCENCE. I figure...it's easier to carry a small, CD sleeve. And, he'll be happier seeing a solo CD instead of an Eagles record. Well, he told the guy, "Sorry man, I don't sign autographs anymore. Unless it's for some charity thing the Eagles do, I just don't sign."

That is a bummer Josh. You would think that is the perfect opportunity.