Carol Channing -- Her Death, and Our Dinner Date

I’ll never forget the day I met legendary entertainer Carol Channing. Oh hell, who am I kidding. I did forget. Yet when I found out she died today, at 97, I quickly remembered.

The Hello, Dolly star was the toast of Broadway, and had iconic roles in the ‘40s, ‘50s, and ‘60s. She was funny, cute, and had that interesting, slightly gravelly voice. 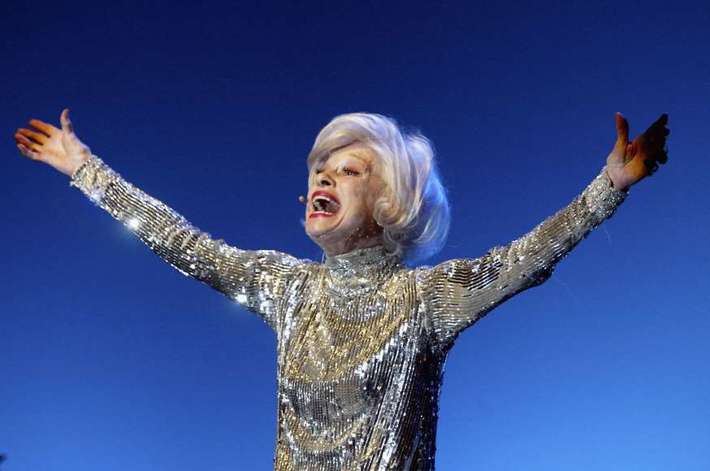 She is most known for Broadway, but she had some big movie roles -- “Gentlemen Prefer Blondes”, and a Golden Globe and Oscar nomination for “Thoroughly Modern Millie”. I love the fact that Channing beat out Barbra Streisand for the Tony Award (Babs was doing “Funny Girl”), but Streisand ended up being cast as Dolly in the film adaptation. Talk about revenge!

Truth be told, I’m a bigger fan of Stockard Channing than Carol Channing. But when Carol Channing wrote her autobiography “Just Lucky I Guess” it was a few weeks after my birthday in 2002 when she came to town to do a book signing. I figured...she’s a legend, I should get her autograph. I stopped by a record store and got the “Hello, Dolly!” soundtrack for a whopping $4, figuring if I was spending $20 on a book, she’d surely sign that, too. And she did, but what was odd was what happened while I was in line. She was around 80-years-old, and still looked amazing (perhaps that has to do with her diet; rumour has it, she never ate anything that wasn’t organic), but she was an hour and a half late to the book signing. For some reason, it was set up outside. There were probably only 50 to 75 people in line waiting, but we were getting ticked off. Nobody knew where she was or what was going on. Although it did afford me the opportunity to read most of the book while I waited. She quickly ran up, apologizing to the crowd (which was now applauding). I forgot the reason she gave for being late. I was about 10 people back in line, and she saw me in the line and said, “Josh? Is that you?”

She then started screaming, and ran over and hugged me, asking “What are you doing here?”

I replied, “Well, I’m going to have you sign your memoir, and this album for me.”

She replied, “Yeah, yeah, of course. But...well, can you stay after I sign these books for everyone? I want to take you out for a late dinner. I can’t believe it! I can’t believe you’re here!”

Now at this point, I should explain something. I didn’t know Channing. I had never met her. I was a DJ on the radio, and I seriously doubt she ever listened to me. And as tempting as the idea of having dinner with her was, I figured I should fess up. So I smiled and said, “Ya know, I’d love to grab a bite to eat with you. But...I think you have me mistaken for someone else.”

I told her it was. Now I think she was confused because not only was I not the Josh she thought I was, but...she was probably wondering why I said ‘Board’ as my last name, and who has a last name like that.

She shook her head laughing, signed my stuff (before everyone else in line), and I was on my way.

Anyway, she had a good run. Both on Broadway, and in life. I hope she’s reunited with George Burns, at that big nightclub in the sky, doing her act again. 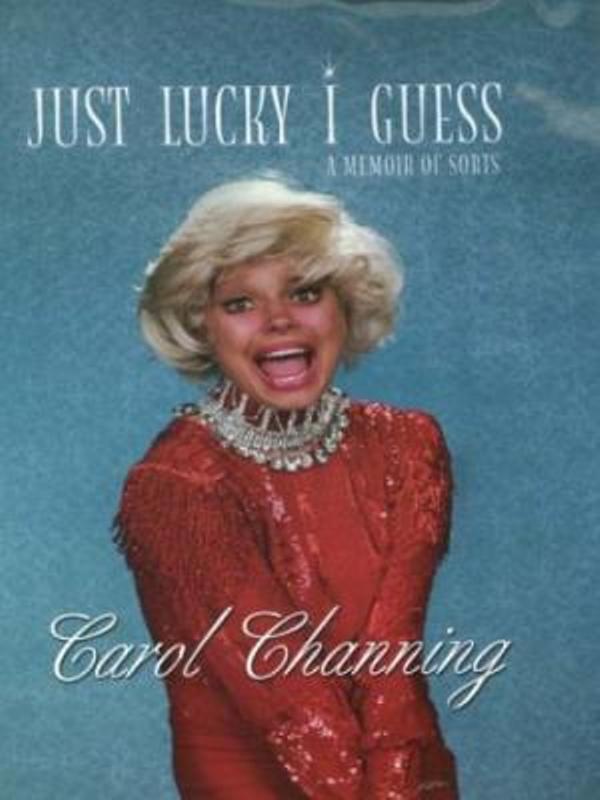 Josh, you always tell such great and entertaining stories. And you always seem to be in the middle of something unique. I went to a lot of book signings in the early to mid 2000s and they were usually run in such a fan friendly manner something like what happened with you might wind up happening to someone else. By the mid to late 2000s book signings become less fan friendly and more with rule enforcement and celebrities doing the cattle call.

I wonder who Carol had you confused with? Especially since she used your first name in the conversation. At some of the book signings I especially enjoyed, the celebrity may have a famous spouse who, while their husband or wife signed their books, they would sit in the crowd and mingle with the fans in line. Or you would have celebrities stand in line with fans getting their books signed. Patch Adams, the real Patch Adams, actually waited several hours as #1 in line at a Norman Mailer book signing and the next day he attended Mike Farrell's book signing (as Mike was the director of the Robin Williams "Patch" movie).

Thanks for the kind words. And, loved the Patch Adams stuff.

That is one great story, Josh!!!