I’ve mentioned before how when I was 15-years-old, I read a story about a piece of toast George Harrison had taken a bite out of, selling at an auction for $20. That might seem pricey, until you think of the amount of money that one investor spent to have the bed sheets the Beatles slept in (he lost his shirt on that, thinking he could cut them up into small pieces and sell them individually).

I laugh when Elvis Presley hair sells. My friends’ mother had a best friend that cut Elvis hair once, and sold it to a person that called asking about it. She got about $500, but when he called wanting more, she was about to say, “I sold it all to you,” before the light bulb went off above her head. She took other black hair from the barber shop floor and sold him that. And she sold him lots of it.

So when I see a strand of his hair selling for $25, I laugh…thinking it could be the hair from anyone. It also wouldn’t look so cool in a frame, the way a scarf or an autographed photo of the King would. 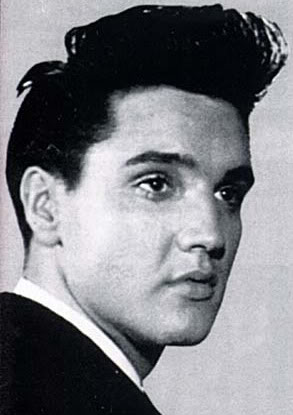 I had a friend who had a friend, who wanted sand from Venice Beach. They were huge Doors fans, and wanted some sand from Jim Morrison’s homeland. Apparently they also got some grass from his gravesite in Paris.

So it’s understandable that the hardcore fans want items like this, but here’s where it gets weird. There have been stories recently about somebody selling “air” from a Kanye West concert.

Now, Kanye sneakers have fetched a pretty penny on eBay (some going for four figures).

The bag of air got about 90 bidders, and a price of over $60,000. We have to assume they were fake bids, or just some people filled with hot air.This of course, got a lot of other idiotic entrepreneurs to ziplock some air from concerts. There was a Garth Brooks one that popped up on eBay. One genius, realizing air from a Kanye concert might not be the best smelling…infused their bag with bay leaves. The opening bid? $4,999.

Another posted a bag of “flatulence from Kanye.” It had a “buy it now” price of $5. Now, the person selling this better either include a backstage pass, to show the backdoor air escaping….or there should be a picture like the one of his wife Kim Kardashian sticking her tush out. Kanye could be doing that pose, with a plastic bag at his posterior.

Just imagine…you have a collection of autographed baseballs by various Hall-of-Famers. Guests are looking at those distinct capital letters of Mickey Mantle or Pete Rose, right there on the sweet spot. And they ask, “Hey…what’s in this bag here?”

As the woman grabs it, her fingernail rips the thing open. And out escapes your valuable piece of memorabilia.

[side note: why isn’t Pete Rose’s flatulence allowed into the Hall of Fame already?] Yeah. The Virgin Mary and Jesus images are always big sellers. Now...if I can get my hands on an authentic signed piece by "Jesus H. Christ"...I'll retire!

Comment by Paul on March 10, 2015 at 12:07am
How about people stealing Paris Hiltons rubbish then selling on ebay. Empty can of dog food sold.

Comment by Sam Lait on April 6, 2015 at 5:11am
I have a strand of hair from Elvis, obtained by Homer (his barber). Authenticated by PSA DNA.

Here is a autographed copy Josh!!! ;)