It’s strange how people get when it comes to collectables. Just today, I heard that the gold medal Jesse Owens won in the Berlin Olympics in 1936 (talk about a big F-U to Hitler), is on the auction blocks. He apparently gave it to Bill “Mr. Bojangles” Robinson. If I were rich, I’d pay millions for it (it’s currently around $200,000); easily one of the coolest pieces of sports memorabilia ever.

On the other end of the spectrum, you have an unknown bidder that paid almost $11,000 for the beard shavings from Boston Red Sox star David Ortiz, who was the World Series MVP (If I was still in radio, I’d be playing the song “Hair” in the background while I read this story).

Gillette Razors were smart. They collected the shavings of him and teammate Shane Victorino. Victorino’s only pulled in $3,750 in the auction on eBay with the razor that was used (autographed, too). 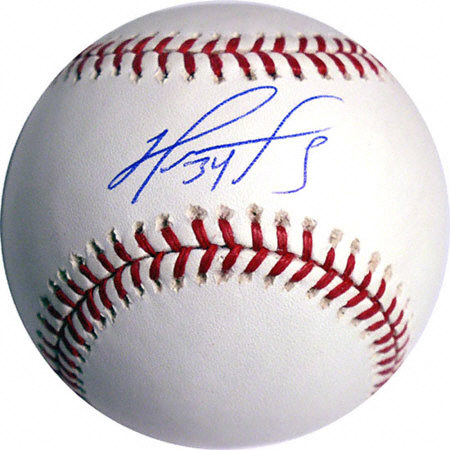 I often warn people about buying hair unless you’re positive the source providing it really acquired it from the star; even still, just not sure why you’d want it.

Gillette said all the proceeds went to “Movember,” which is a charity that encourages men to grow mustaches in November, to raise money for prostate and testicular cancer (I raised a few thousand for it a few years ago, pictures here!) I have a friend whose 85-year-old mother told me a story about her friend that cut hair for some famous people. A few times she gave Elvis haircuts, and each time somebody offered $800 for the hair on the floor (I believe this was in the early ‘60s). She sold it to the guy, but when he called again (Elvis had cancelled the haircut, but the guy didn’t know that)…she thought quickly on her feet. Wanting to make another $800, she just saved the hair from another client that had black locks. She did this a few different times, so…when I see strands of Elvis’ hair (it’s usually selling for $25 a strand), I laugh, wondering if it’s the fake stuff.

President John F. Kennedy had a lock of hair sell for almost $2,000 last October (no, it wasn’t bloody).

A clump of Mick Jaggger’s hair once sold for $6,000, although I think it would be more fun to by Keith Richards hair. I’d have it tested to see what’s in his system.

A clump of Mickey Mantle’s hair sold for slightly less than the Stones singer – it sold for just under $7,000 in 1997.

As a San Diegan, one of our big baseball stars was Ted Williams. His hair went for a measly $780 a few years ago. I would’ve thought that would fetch more, especially since his head got frozen and placed in that cryogenics chamber (remember that bizarre controversy?).

All this got me thinking about that commercial in the ‘70s that had Farrah Fawcett lathering up Joe Namath’s face with shaving cream. If somebody has a signed razor by those two, I’d be interested in buying it (although I’d still treasure the Fawcett poster over that). Did you happen to catch that eBay auction several years ago in which Jim Morrison's ex-brother-in-law auctioned Jim's brother Andy's beard shavings? That was pretty bizarre. It would have interesting to see the outcome, but the auction was ended early.

Hair is one of those collectibles I have trouble getting interested in. Besides being slightly creepy, it's one of those things that is almost impossible to authenticate. Unless you see the hair cut in person and collect it immediately, then there is no way to be 100% certain of its authenticity. Provenance is nice, but sometimes a story is just a story... and not the truth. (Some would argue that the same applies for autographs, but at least with an autograph, there are keys traits and tells that can offer a reasonable level of assurance, when reviewed by an expert.) With hair, "authenticity" is almost totally based on the faith of the buyer and the honesty/reputation of the seller (plus the honesty of any others who possessed the hair along its chain of custody). Even if one had some authentic hair from a notable person, you would have to be assured that nobody made the hair "grow" along the way...adding in bits of similarly colored hair to ensure a larger supply was available for sale. There would be almost no way to know for certain. Personally I'm just not willing to wager my collecting dollars on such a big uncertainty.

Exactly, Mark. Now...here's something I didn't consider. Autographs are always more desired if the celebrity doesn't sign, right? So, would celebrity hair be more valuable if it was from...say...Sean Connery, since he's bald? Or what about William Shatner? The Trekkies would love it, and he probably hasn't had real hair on his head since the Carter Administration!