I was tempted to blog about the autograph Paul McCartney signed on the famous “Carpool Karaoke” segment on James Corden’s Late Night show. They drove down Penny Lane, while singing along to Penny Lane on the radio. When taking a selfie at the wall with the street sign “Penny Lane” he autographed it. I wonder if somebody will tear down that wall to get to that signature on a brick [fun fact: when I took the Beatles tour in Liverpool, they said they stopped making street signs that say “Penny Lane” because thousands of them were stolen, so instead, they just paint the name of the street on the wall.] Instead, I thought I’d write about the guy everyone loves as much as Sir Paul -- President Donald Trump (come on, I’m joshing; it’s my name for Gods sake!).

So, we all know about the immigration thing going on at the border and how heated so many are getting over it. 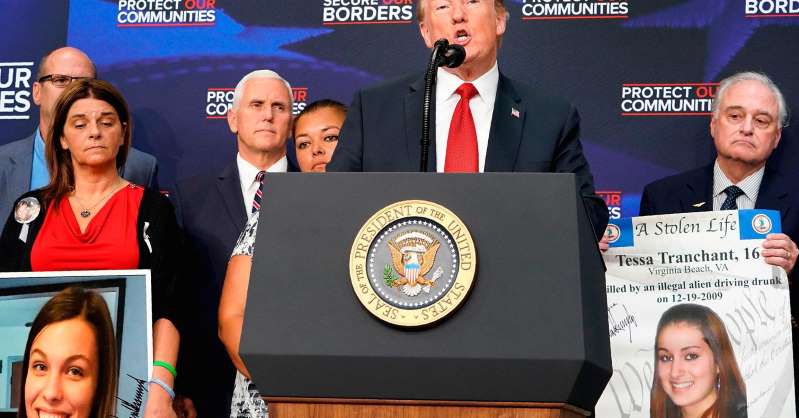 Well, there was a White House event today that had families of victims of crimes committed by undocumented immigrants. A decent move on Trump’s part. What might not have been the smartest move -- the huge photos of the 11 victims and how they ended up being autographed. Sure, all of us autograph collectors like the idea of anything signed, but it’s starting to get some bad press. And it all seems a bit morbid.

It seems there were a total of 11 photos, and family members were holding them up. All of them had Trump’s usual, looping, scrawling signature in black marker.

Coming after the debacle of Melania Trump wearing a jacket that said “I Don’t Care, Do U” on her way to visiting a migration checkpoint, perhaps autographing photos of dead children wasn’t the best move. It’s one thing if after the event, one of the family members specifically asked him to sign it and he did. It’s just that these were already signed. It reminded me of when Tom Berenger played a famous actor in “The Big Chill.” 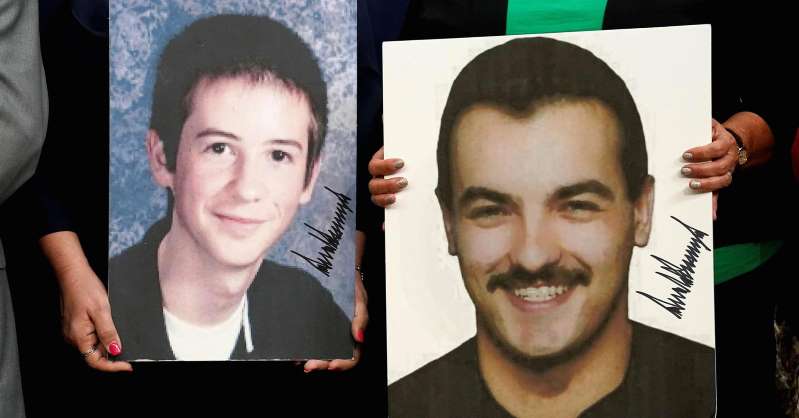 Nobody is sure if the White House produced these photos or when Trump signed them. The White House didn’t respond to request for comment, but I’m sure Trump will be tweeting the answer to that question very soon.

I thought the Macca karaoke segment was the best ever!

I think he could do a better job with those karaoke segments. In the early days when they did them, they'd just randomly turn on the radio and sing along to whatever was there. Even if it was fake, it sounded like random songs. So, you'd hear Adele sing some hardcore rap song, etc. But...if you're having the artists sing their own songs...it's just kind of goofy. This one was nice, though...because it was Sir Paul.

I wasn't about the karaoke. I enjoyed the parts when they visited Paul's early residence and the stories. Paul has been by favorite Beatle since day one so I guess I'm bias.

I thought the segment was great