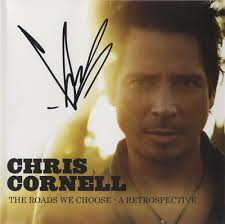 I was working at a classic rock radio station that had just switched formats to more of a hard rock/heavy metal format. This was when grunge was getting big in the early ‘90s, which meant lots of Soundgarden. The band came in for an interview, but I wasn’t there that day.

The first autograph I got from them came in a weird way. And it wasn’t even for me. I was in Amoeba Records on the Sunset Strip in L.A. They had a huge poster signed by the band for $100 (side note: they often have signed stuff on the walls, and good deals; I got a signed Todd Rundgren album for $10). I called my autograph/concert buddy to see if he wanted it. He did, and I bought it.

I got Cornell’s autograph one time when he was doing a CD signing in town. It was for a rap album he did with producer Timbaland. Boy was that CD awful. But hey...he and Timbaland signed it, and they signed a poster, too.

The best moments were seeing him live, which I did on at least four occasions. That’s because a DJ I worked with, who is still a dear friend, was dating somebody that worked with his band. That meant we got free tickets and hung out backstage. I always brought a few CDs to get signed. His signature is great. It looks like a big marijuana leaf.

The best backstage moment was when he played Jimmy Kimmel Live. For those that don’t know, Kimmel sets up his backstage area like a little nightclub. There’s an open bar, food...and air hockey, pinball machines, video games, and every guest usually has a few friends they brought. My buddy was stoked to be sitting on a couch next to Bryan Cranston. It was the second season of “Breaking Bad”, and she was telling him how great it was. He thanked her and couldn’t be nicer (I had to convince her to get his autograph; she just doesn’t care about signed things). 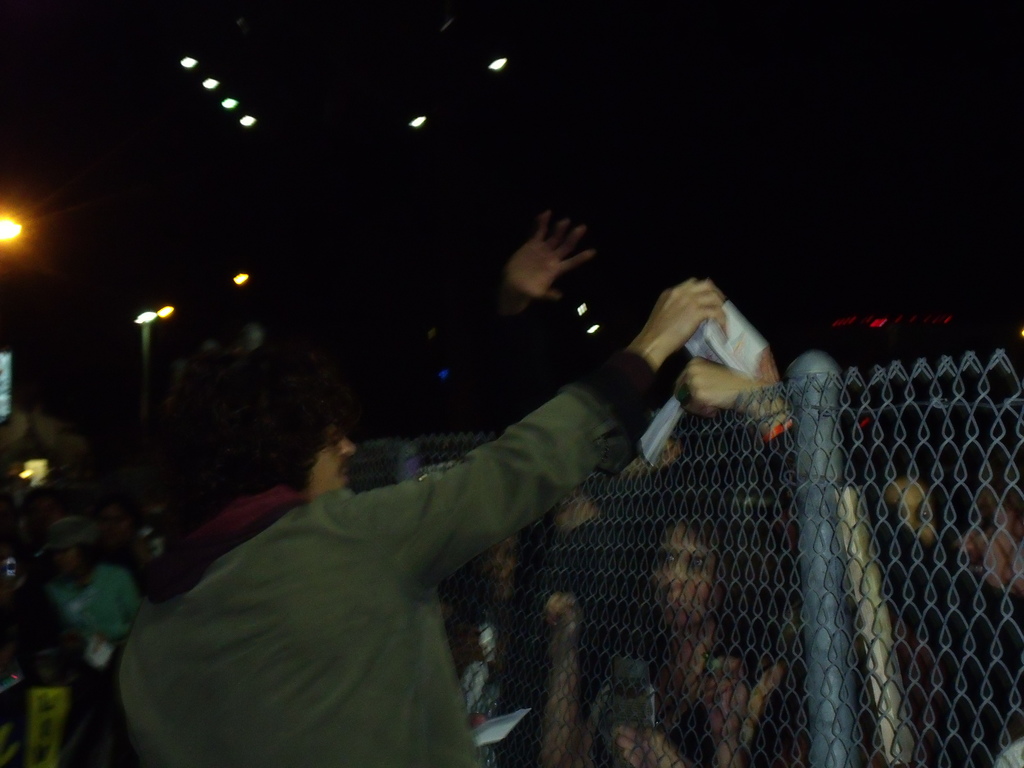 Dwayne “The Rock” Johnson was also one of the guests, as well as supermodel Heidi Klum. I didn’t get either of their autographs, because I just didn’t care enough. But I did have something for Cornell to sign. And he had something for me!! When he signed autographs, he was always fairly quiet. When somebody is quiet, I don’t usually talk a lot, either. I did say something about a specific song of his -- Spoonman. I’m not sure what I said about it. He then handed me a cool bracelet he had. It was sterling silver and had these interesting patterns on it. He said a fan had made it and given it to him. Well...the few times I’ve worn it and been complimented on it...I don’t say “A fan gave it to Chris Cornell, and he gave it to me.” The story is a lot more impressive saying, “Yeah, it was handmade. Chris Cornell was wearing it and gave it to me backstage at Jimmy Kimmel.” 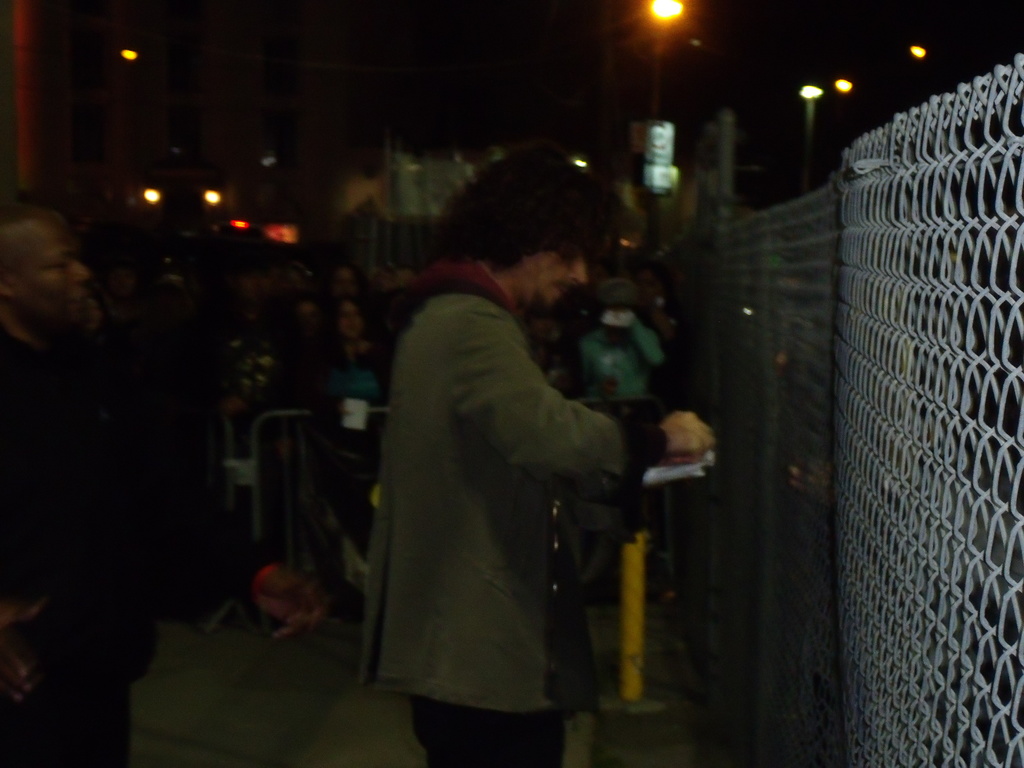 After he did 4 or 5 songs on Kimmel, I was talking to Jimmy about his show Crank Yankers. It was a crank calling show with muppets, and the funniest thing you’ll ever see. When I asked Adam Carolla, one of his partners on Crank Yankers, if they'd ever do more, he said they never even talk about this show. He laughed and said, "You probably talk about that show more than Jimmy and I ever do." Kimmel did seem a lot more receptive to talking about the humor of it, and the old guy voice he did. But hey...this is about Chris, not Jimmy.

Cornell ended up going back to the dressing room and I overheard a disagreement with his wife (I won’t share the details, but it was nothing that big). He seemed angry as he left, but it didn’t stop him from signing autographs for lots of fans waiting at the chainlink fence.

A class guy, with an amazing voice. He’ll be missed. Another great blog and such a shame to lose him. Treasure that bracelet forever!

Comment by Christopher on May 18, 2017 at 7:25pm
Any serious discussion about the best male rock singers in history has to include Chris Cornell. What a gift he had. Hunger Strike still one of my all time favorite songs.

Another great story. Keep them coming!