The concerts keep happening in Northeast Ohio and luckily for me they have taken place at smaller venues.  The first show was last Friday as Eddie Money took the stage for 2 shows at Tangiers in Akron- a small dinner theater place that has brought in some pretty big names over the years.  Between the 2 shows, Eddie was signing items at the merchandise table.  I had brought 2 lp's with me to get signed.  I didn't really want to buy a t-shirt but some of the proceeds went to the Fallen Hero's fund, so I did.  They also threw in a poster- which he also signed and he signed my 2 lp's as well.  Eddie was happy to sign anything you had.  He still puts on a good show.  Although his autograph is now just Eddie $, instead of spelling out Money.

The next event wasn't a concert, but a book signing by Aerosmith's Joe Perry.  This took place at the Rock Hall in Cleveland.  There were about 250 people there, pretty good for a Tuesday afternoon.  The flyer said he would only sign his book, but I brought a mini guitar for him to sign after the event- just in case.  Joe came out, spoke to the crowd for a few minutes and started signing.  The one thing I had a problem with was that you could not take pictures with Joe.  However, there was a "professional photographer" there to take your picture with Joe and of course you could buy the photo if you so chose, for the low price of $15.  Don't get me started on the "corporate" Rock Hall.  Anyway, Joe was very nice even though his autograph was very rushed.  I normally wouldn't buy a photo, but when would I have an opportunity to get another one.  So I bit the bullet- and it turned out pretty good.  There were about 5 people waiting for Joe to come out after the book signing.  However, the Rock Hall got him and his wife in a SUV and blew right past us. 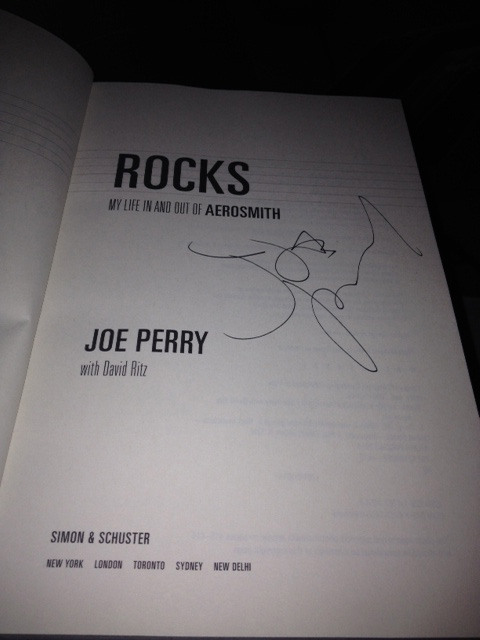 When I got home from the Joe Perry signing, I checked my email and found out I had just won tickets to Jackson Browne the next night.  I was considering buying tickets to this show because he is one of those artists that I have enjoyed listening to, but have never seen live.  So I was pleased to see him for free.  He played EJ Thomas Hall on the University of Akron's campus.  He came out and played a solid 2 hour show and had a tight 5 piece band behind him.  He still has a great voice and sounds exactly the same he did 40 years ago.  After the show, there were maybe 10 fans waiting for him to come out.  Some had t-shirts and albums for him to sign.  His manager came off the bus and told us "Jackson doesn't sign autographs after the show, but get your camera's out- he will take pictures with you".  I was disappointed because I wanted my Pretender lp signed, but at least I did get to meet him and talk to him for a little bit.  It does take more time to take a picture than sign an autograph, but I guess the artist doesn't have to worry about ebayer's. He was very nice and thanked us for coming to the show.  Class guy. 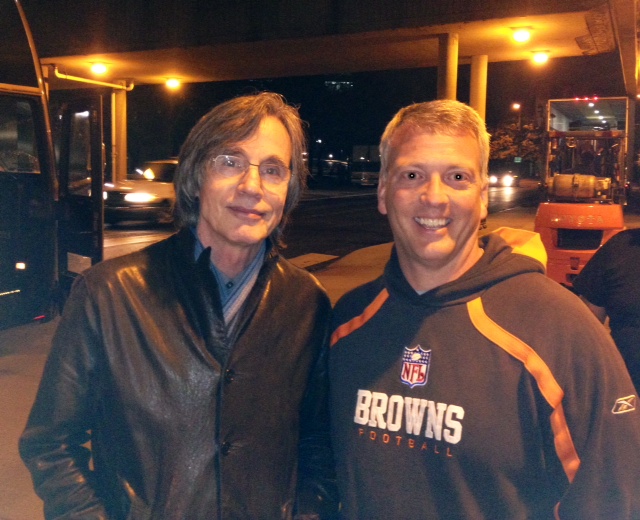 The week ended on Friday when I decided to attend the Blue Oyster Cult concert at the Rocksino on a whim.  I went there without a ticket hoping to get one at the box office or perhaps someone selling one before the show.  I got lucky and got a $40 ticket for 20 bucks from a guy who had an extra one.  They played a great show which was broadcast on Yahoo.com and you can still see it for free.  Buck Dharma and their new guitarist played flawless solo's and sounded great.  I met up with a buddy after the show and tried to get them to sign a couple of albums.  Another collector came out after the show and we waited about an hour in a light rain.  Luckily the rain slowed down when the band came out.  I called for Eric and Buck and asked if they would sign.  They totally ignored us and went right into the van.  I couldn't believe it.  I had a good feeling that they would take a minute and sign for 3 fans who were waiting, but it wasn't happening that night.

Oh well, you can't get them all.  But overall, I would say I had a pretty good week.  I don't know who will be the next success, or failure.

Great post! The mighty Ebay is making it harder and harder to meet celebs even with only a few of us out there. BOC is playing a bike fest on 11/1 in Florida and I still might try thanks for the heads up on Eric and Buck.

Well I know who I wouldnt pay to see again. Next time these guys might not have any fans "bothering " them for autographs. Nice stories thank you.

awesome story! I saw blue oyster cult last summer and than  other than signing for one fan and vips they blew everyone else off as well! It is to bad they could have personalized autos and limited it one per person but that's the way it is!

I just wanted to thank you for always contributing nice reads for our Blog area :)    Always done very tastefully- even if your success rate at getting that auto isn't 100% :)  Thanks for doing this!

Thanks!  I enjoy sharing my experiences.  I'm glad I came across this site last spring and I am happy to contribute in some way.

After his book signing in Arizona, Joe Perry signed but he personalized the item into his autograph.  He also messed up the spelling on the 2nd album and when I tried to remove the extra letter ruined the album. 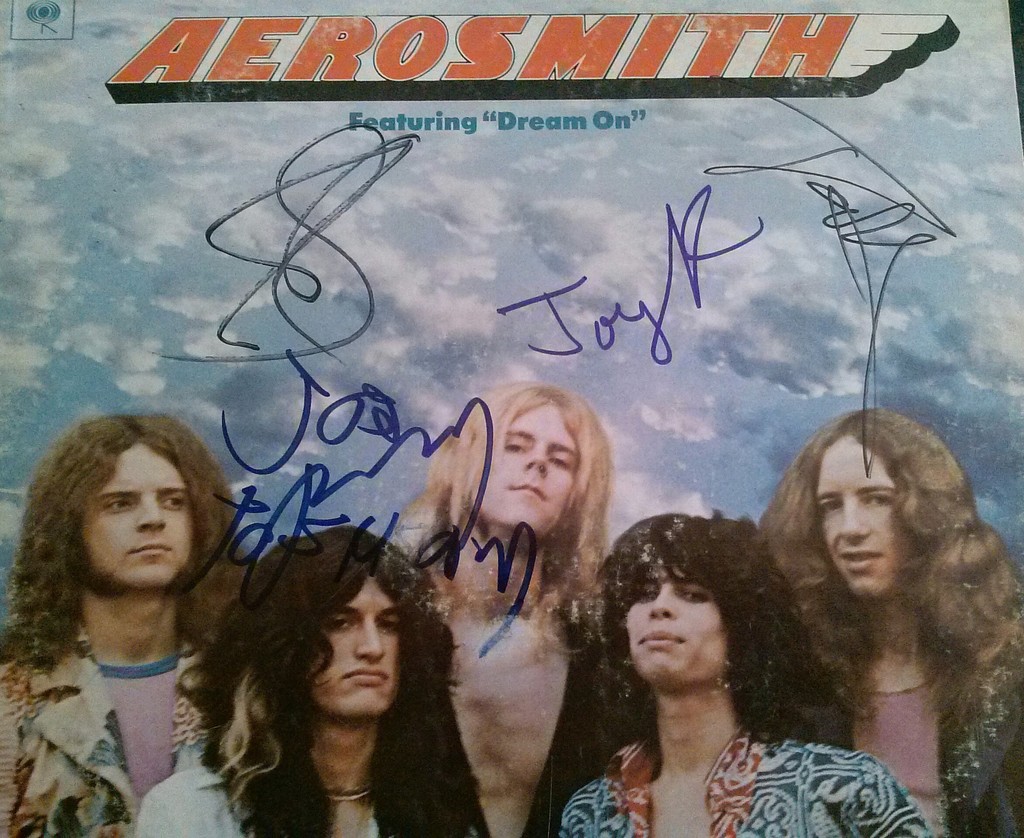 Man that sucks!  At least you got him afterward.

Jackson Browne has been a BAD signer for a long time now. I've often thought about telling him we both have our birthdays on the same day, and the same initials. He was doing a CD signing at Amoba records in LA on the Strip, but I didn't want to drive 2 1/2 hours for an autograph of ONE CD. But hey...if he meets with fans and talks to them, that's kinda cool. It just makes you wonder...if he's taking the time to do that, he could surely vet out whether or not you're an eBayer, etc.

And for BOC to have the two original members diss...is bad. They should be happy that anybody will see a band that isn't all original.

I was lucky. I got an album signed by the entire band 20 years ago, when I was dating somebody related to Buck Dharma!!!