Since I do movie reviews in San Diego, I sometimes take note of autograph scenes in movies. I highly recommend you AVOID going to see the movie “mother!” I know, it has a great cast (Jennifer Lawrence, Javier Bardem, Ed Harris, Michelle Pfeiffer, Domhnall Gleeson) and a talented director Darren Aronofsky (Black Swan, The Wrestler, Pi). It’s horrible. But, there was a bizarre autograph scene.

Bardem plays a well-known poet who has writers block. When he finally gets inspired to write again (due to his wife getting pregnant), people start showing up at his house asking to take photos with him, and asking him to sign copies of his books and his photos. He happily obliges, despite the anger of his wife at their quaint life being disruptive by all the visitors. 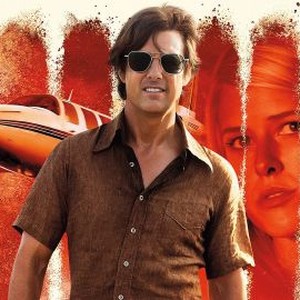 Now, a weirder autograph story, and it’s something I noticed a lot of lately. A local newscaster in San Diego was interviewing a famous actor, who was doing a private screening of his movie on a military base for the soldiers. They did a quick clip of her interviewing him, as well as some fans that showed up, What the news also showed was her getting a selfie and autograph from him. Now...I understand the autograph part. I’m a collector. But when I interview the talent, or see them at a party or event, I make sure I do it on the downlow. If I do it at all. I certainly wouldn’t let it be filmed and shown on TV. Think about how many veterans or military personnel were probably there that didn’t get an autograph or picture.

And that leads me to the show “Extra!” They were at a screening of the new Tom Cruise movie “American Made” the other night. Reporter AJ Calloway was having Cruise sign the movie poster for him, and was dumb enough to say, “This is great! I got De Niro to sign one, Denzel, and now you!”

Again, somebody that works for a national show should be above doing that. And anybody getting an autograph, should be smart enough to refrain from sharing with the celeb that you’ve gotten so many other stars signatures, too. Perhaps instead you butter them up, and say something like, “I’ve wanted your autograph on a movie poster since I was a teenager and had the Top Gun poster in my room.” 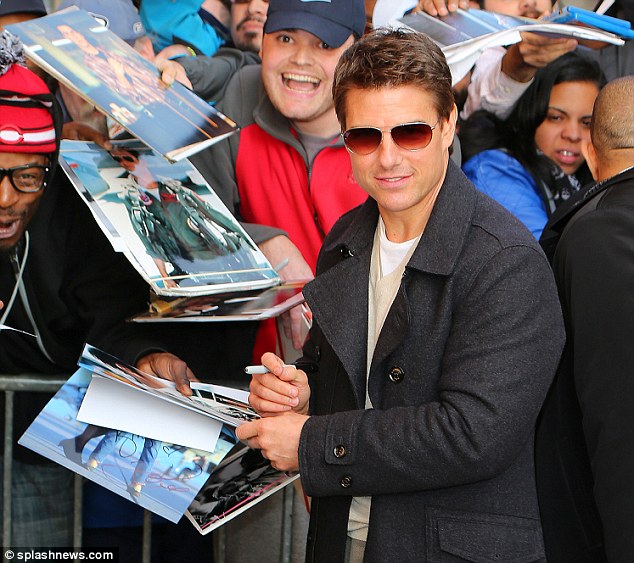 Comment by Judge Nutmeg on September 24, 2017 at 9:48am
Seems such unprofessional conduct. You'd think that those who work in the entertainment business would be used to being around celebrities and not be so star struck.
Do you think it's possible that this kind of behaviour puts the interviewer in a more favourable light, in the eyes of the star? By asking for their autograph they're massaging the star's ego and somehow it boosts their own careers?

Yes, you are correct on all counts, Judge. Now, as somebody that has done this, here's the thing. I am not "star struck." I just LOVE autographs. BUT...I would NEVER have it filmed, and shown. That looks bad. I'd interview the celeb, and then say to them AFTER the cameras/mic is off, "Hey...would you mind signing this poster for me?" Jay Leno used to always have the musicians sign CDs for him, going into commercials. I always thought that looked bad, too.

Comment by Judge Nutmeg on September 24, 2017 at 9:30pm
Absolutely agree, Josh. I know for certain that if i was working in that kind of environment, i'd definately try to take advantage and grab some autographs. Under those conditions, i imagine that the signatures are going to be really nice examples too - not rushed etc. However, as you've pointed out, there's got to be etiqutte applied when doing so.
Great posts, Josh - Be well!

That movie does look terrible lol!

I used to be a producer for HBO.  The ONLY time I ever asked for a signature was when I was interviewing Sean Connery at a junket and I asked his publicist for permission.  She said "OK, as long as its on YOUR time." (we each got 5 minutes)  Luckily Connery didn't mind and I gave him two books on golf as a thank u.

If you're going to ask,Connery was certainly a good one to get!

Well played, Marktini ! Speaking of which, his son did a golf movie a few months ago that was pretty good.