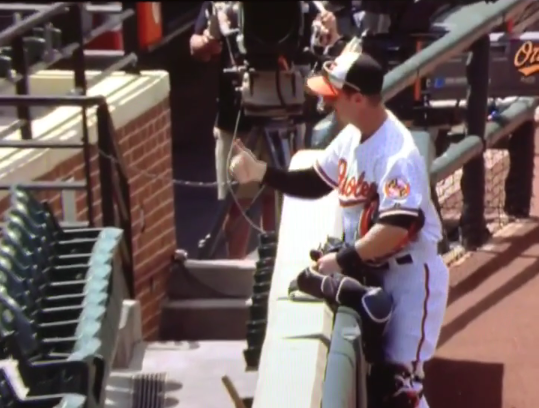 The biggest game the White Sox have ever been involved in probably involved the “Black Sox” scandal in the 1919 World Series.

Well, the game they played against the Orioles yesterday was the biggest game the Sox will play this year. That’s because the game in Baltimore at Camden Yards had no fans in the crowd, which is a first for major league baseball.

All of the riots in Baltimore worried folks, especially since when the riots first broke out, fans weren’t allowed to leave after the game.

Autograph collectors hate hearing the words “fake autograph” but there was one that came out of this game, and it was a lot of fun.

Orioles’ catcher Caleb Joseph walked over to the railing and pretended to meet a fan and sign an autograph for ‘em. The video made news nationally and at least brought a moment of levity to an uncomfortable situation. 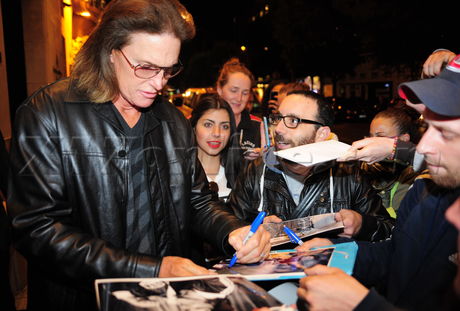 The memorabilia for Bruce Jenner took a big spike after his interview with ABC’s Diane Sawyer. Over 17 million watched the interview, and many folks decided the time was right to sell their stuff. I’m guessing it’ll also be worth more if he becomes a woman and stops signing with the name “Bruce Jenner.”

Will he sign photos “Bruce Gender”? Will he change his name to something like “Bryce Jenner”? I think he should flip the names around and go with “Jennefer Bruce.”

I’m guessing those first few signatures he does with his new name will sell for a lot.

On the radio today, I heard that an unopened box of Wheaties with Jenner on the cover in “mint” condition and never opened, had 20 bids on eBay and was at around $250.

Previously, boxes had gone for just under $70. 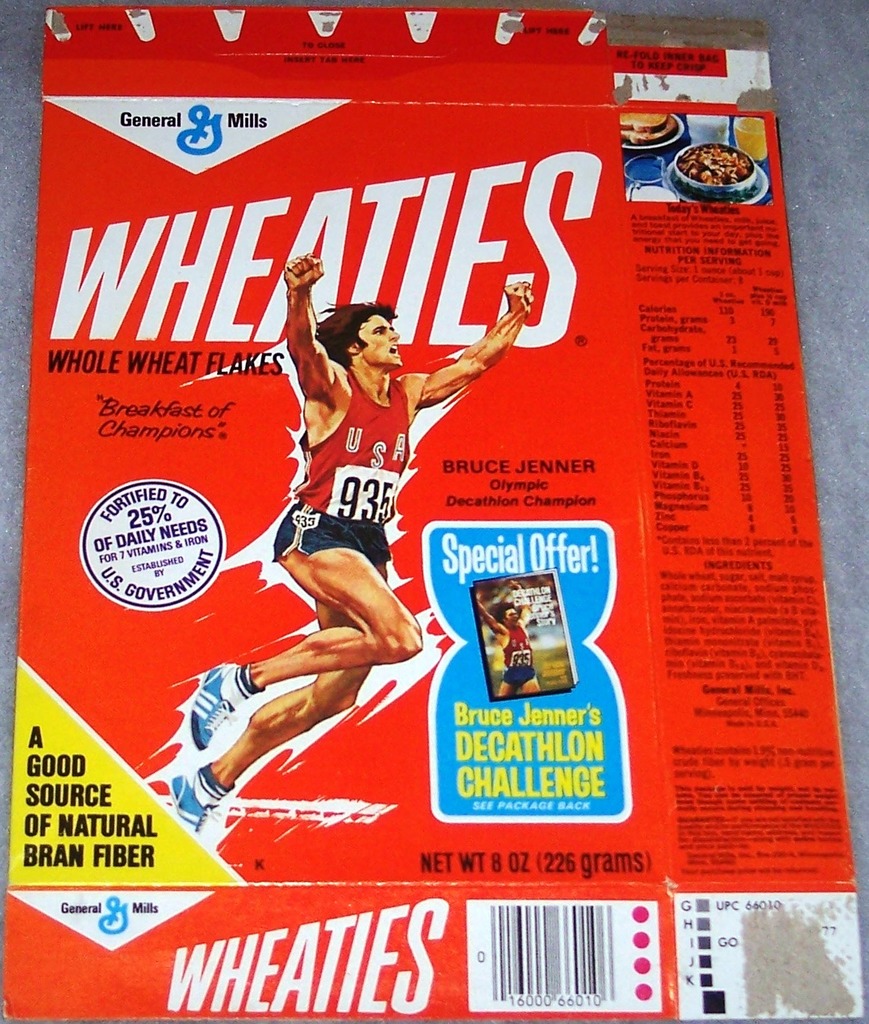 Other items to pop up include action figures, a pair of signed shoes (at around $8,000, which is a steal if you consider what the Jordan shoes recently went for). There are signed lithographs that can be had for around $200, and a handful of Olympic jerseys. 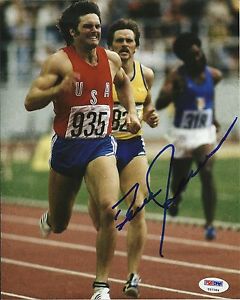 I’ve yet to see a photo of him and his wife Kris Kardashian, but for me…her signature on a photo would make it less valuable. I would have to be pretty hungry to pay $200 bucks for 40 year old Wheaties.