A media executive working for the Mexican media named Martin Mauricio Ortega is the suspect. He’s the former director of the tabloid La Prensa. He went to the Super Bowl as a working journalist, but he did something you’re always told not to do -- collect autographs and snap selfies.

I remember when the NBA had their first “dream team” that would play in the Olympics. I was 20-years-old, and the sports director for a radio show. I got a press pass, and those were the rules given to us (well, minus the selfie, as there was no such thing at the time). I was so tempted to bring a basketball and take my chances, having Larry Bird, Michael Jordan, Magic Johnson, Pat Ewing, Charles Barkley and other future Hall of Famers sign it. Instead, I did interviews, and got pictures of them practicing. Even that almost got me into trouble. Utah Jazz guard John Stockton was walking off the court. He was my friends favorite player, and I told him that. He looked at me as if to say “So what?” I then said, “So I’d love to get a picture of you dribbling.” He then scolded me, sternly saying, “I just did a practice. I’m tired. The last thing I want to do is stand around and take photos. Who are you, anyway? What publication do you work for? What are you even going to do with these pictures?!”

It was a bizarre line of questioning, especially since there were about 20 journalists there taking pictures and getting quotes, which was our job.

Anyway, Ortega was said to have been pestering players for autographs. At one point, he was carrying a football helmet and bragging about having the signatures of former Super Bowl MVPs on it. He was disappointing Marshall Faulk refused to sign it. One person said he even had an old Kurt Warner jersey he was going to try to sell to the former QB. Why he thinks a player would pay thousands for a jersey he once owned is beyond me.

When one reporter asked him about all his autograph collection he smugly replied, “I’m not here to work. There are people here to do that.”

Mexican authorities obtained a search warrant and recovered the jersey, along with another Brady jersey that disappeared after the 2015 Super Bowl. A helmet belonging to Broncos star (and MVP) Von Miller, also was in his possession.

It’s not clear what will happen to Ortega. Officials are saying that an agreement was reached for no charges in exchange for the jersey’s return.

Comment by AnakinAutos on March 23, 2017 at 8:21am
No charges? That's disgusting
He should be in jail

Comment by Christopher on March 24, 2017 at 6:26pm
It's exactly this kind of thing that ruins it for everyone.

Just got my Brady back too. From Beckett. :D 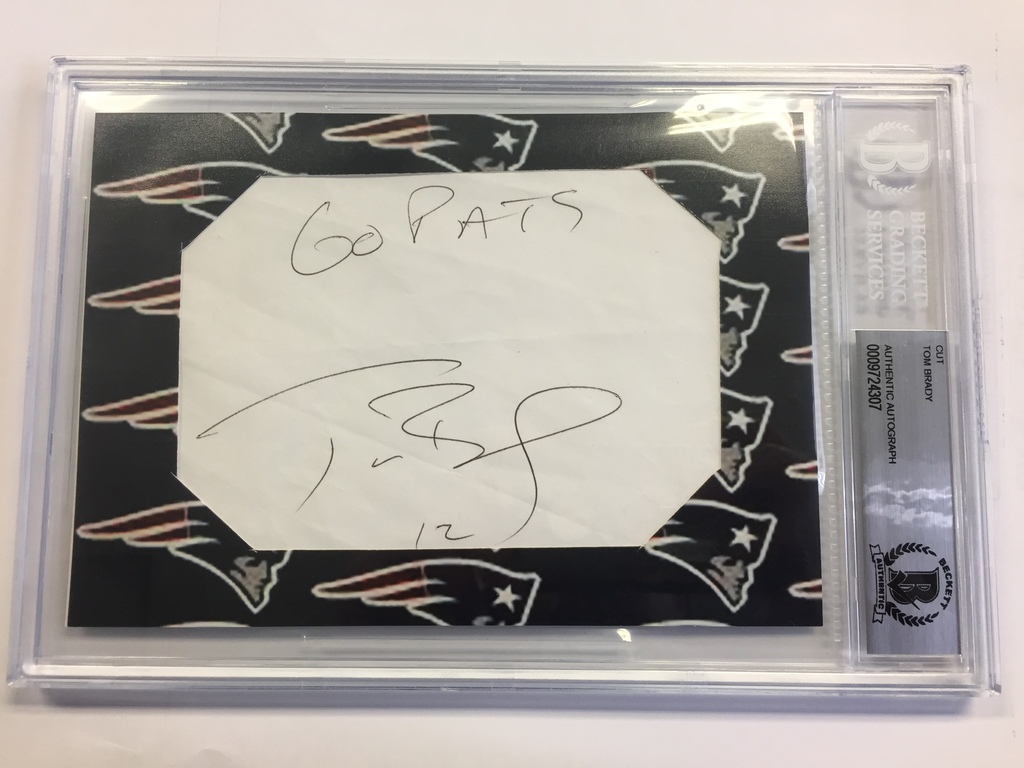