Speaking of naked...there was a music website where a guy was bragging about a photo of Jim Morrison he purchased for thousands of dollars. It had never been published before, and the person with the negative was only making 20 prints and claimed he’d never print more. It had Jim and his common law wife Pamela nude, a la John and Yoko. What I tried explaining to that guy is...eventually that photo will get out. And the photo won’t have much value other than the curiosity factor. He disagreed. We’ll see if his $5,000 investment was a good one. Around that same time, some of Morrison’s handwritten lyrics were going for that price. A much better investment somebody made, but I digress.

Now, historical photos that are rare do impress me. I remember years ago when a photo was discovered of Anne Frank looking out the window. At least, they thought it could be her. It was virtually the only photo of her ever taken while in hiding from the Nazis. 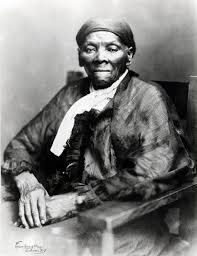 I thought of those two stories when I heard today about a rare photograph that popped up of Harriet Tubman, the 19th century abolitionist and Underground Railroad “conductor”. She was an escaped slave that helped other slaves escape the South. She also served as a spy during the Civil War.

The image is from around the late 1860s, and Swann Galleries auctioned it and other items in an album that had other photos from slavery and abolition eras. It included portraits of John Willis Menard, the first African-American elected to Congress.

The photo shows Tubman seated on a chair and was taken in Auburn. She was in her late 40s, making it extremely rare. Most photos show her later in life.

The Harriet Tubman national historic site in Auburn launched a crowd-funding campaign to try and acquire the picture. They raised around $27,000. Tubman’s former home there has become part of the national parks system.

She died in 1913 and is buried there. It’s a shame the photo didn’t return there. I’m hoping the buyer at least makes a nice copy and gives it to one of the museums.

Good point, Adam (side note: hey Steve...why is my comment appearing ABOVE his?).

A lot of time when I write these blogs, I'll take a story I heard in the news, and incorporate something personal, or something from my memory. It's not an exhaustive, detailed piece on historic photos. Obviously, if I was doing that, there'd be many I could've included.

Comment by Adam Halloran on April 2, 2017 at 5:15pm
Yeah. I just remember seeing a program on the Billy The Kid and how they authenticated it. It seems legit, but you cant make out his face and it is valued so high.

Come on Josh, you can't appreciate a good photograph without a signature??  Collecting has made you crazy!

Black sharpies on photos look ugly to me. To each his own.

Great story Josh, since I collect old civil war documents I love finding a cdv of the soldier who xigned it to frame with it originals just look so much better!