What do Jennifer Lopez and Oscars Have in Common?

With a lot of awards being announced for movies, but still a month away from the Oscar nominations, I heard this story about the Profiles in History auction that had two Oscars. The best picture award for “A Gentleman’s Agreement,” the 1947 movie with Gregory Peck, went for almost half a million. The best picture statuette for “Mutiny on the Bounty” got about that half that. Now, there’s a rule that states you’re not allowed to sell the Oscar you win (and neither is your family if you pass away), and that the Academy can buy it back for $1 if it goes up for sale. But that applies only to Oscars that were awarded after 1951 (Mutiny came out in 1935).

The price that baffled me was the $1.2 million for an archive of papers on the development of “The Wizard of Oz.” Now, something signed by the cast, I could see fetching that type of dough, but papers?

The hoverboard that Michael J. Fox used in “Back to the Future II” sold for $102,000. Now, for that price, that damn thing better actually hover!

No auction of Hollywood items would be complete without a Star Wars item. A TIE fighter helmet from that film went for almost half a million, and a phaser from the Star Trek TV series in the ‘60s went for $192,000. Set the control for stun, because that’s what I was when I heard that price.

I’ve seen golden tickets from “Willy Wonka & the Chocolate Factory” sell before, but can’t remember one ever going for $48,000. For that, you better be included a lifetime supply of Everlasting Gobstoppers! 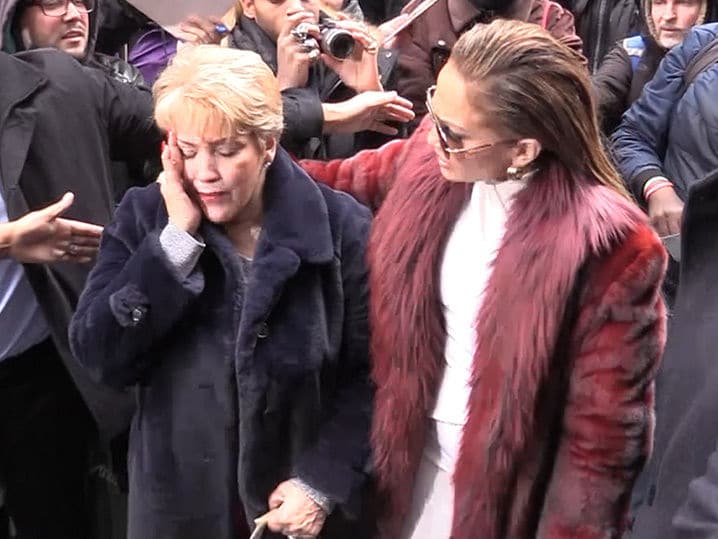 Now in less exciting news, and somebody that will probably never be nominated for an Oscar -- Jennifer Lopez. She seems to be appearing on every talk show, talking about...well, I’m not sure. Sometimes I see Alex Rodriguez with her. Other times, it’s her kids, or concert footage. I’m not sure what she’s promoting.

But on Entertainment Tonight, she was walking into the show with her mom. A bunch of people were hounding her for autographs. She signed a few, and as they continued to walk on, an autograph hound hit the mom in the head with his elbow. She could be scene grabbing the side of her face, and Lopez stopping to make sure she’s okay.

Yet another reason celebs will stop signing for folks.

In all honesty and as obscene as this sounds, if i had stupid amounts of hard cash i'd be spending it on original movie props from epic films. Whatever the cost. In the same way as Russian billionaires buying Van Gogh artwork and priceless sculptures, i'd be picking up the nunchucks from Enter The Dragon and the mystery brief case from Pulp Fiction.

I have to admit, Judge...I'd do the same thing. I mean, if that briefcast got up to a million bucks, I probably wouldn't buy it, but yeah...I'd be buying movie items as well. With the hope of getting them signed, too.

I wonder how much Travis Bickle's Taxi cab would fetch...?

Judge...that is hysterical. I have a movie poster from Taxi Driver that...after I got framed, I was driving home and hit a speed bump. It broke the glass right down the middle of it. But...I kind of like it. Because...it shows De Niro walking down the street, by an Xrated movie theatre and...the cracked glass kinda adds to the ghetto vibe of the picture.

Ha ha. That sounds marvellous, Josh - truly fitting for such a piece!