What Do Penny Marshall and LeBron James Have in Common?

It was sad news to hear that Penny Marshall died. It's even sadder that most people (over the age of 50), only know her from her TV work as Laverne on "Laverne and Shirley." She's directed some amazing films -- Big and A League of Their Own, both with Tom Hanks. Hey, there may be no "crying in baseball" but there can be crying for Marshall. Losing this talent, at age 75, is tragic.

I met her once. Well, strike that. I didn't meet her. She walked by me, and we smiled at each other. I was in Beverly Hills at a benefit Paul McCartney was performing at. It was $500 a ticket, and lots of celebs walked by me, as I was standing near an area waiting for Sir Paul to sign my Sgt. Pepper record (he yelled at me, but that's a long story for another time). Whoopie Goldberg walked by, as did Jay Leno, Mick Fleetwood, Stephen Stills, and a handful of others. When Marshall walked by, that's the one person I was going to approach, simply to tell her I loved her films. But...for some reason I didn't. She smiled at me, and I smiled back.

I used to see her at many Lakers games. She's one of the many celebrities they'd show on TV at the games during the 80s "Showtime" era, which always ended with the camera on Jack Nicholson.

I hadn't seen her on TV at any of the Lakers games with Lebron on the team, but I'm sure she was there.

I found out Marshall was also a big collector of sports memorabilia. She has lots of signed baseballs, basketballs, and various jerseys. She was also contacted by Dennis Rodman, in regards to her making a documentary on him. About that she said, "I seem to attract crazy." 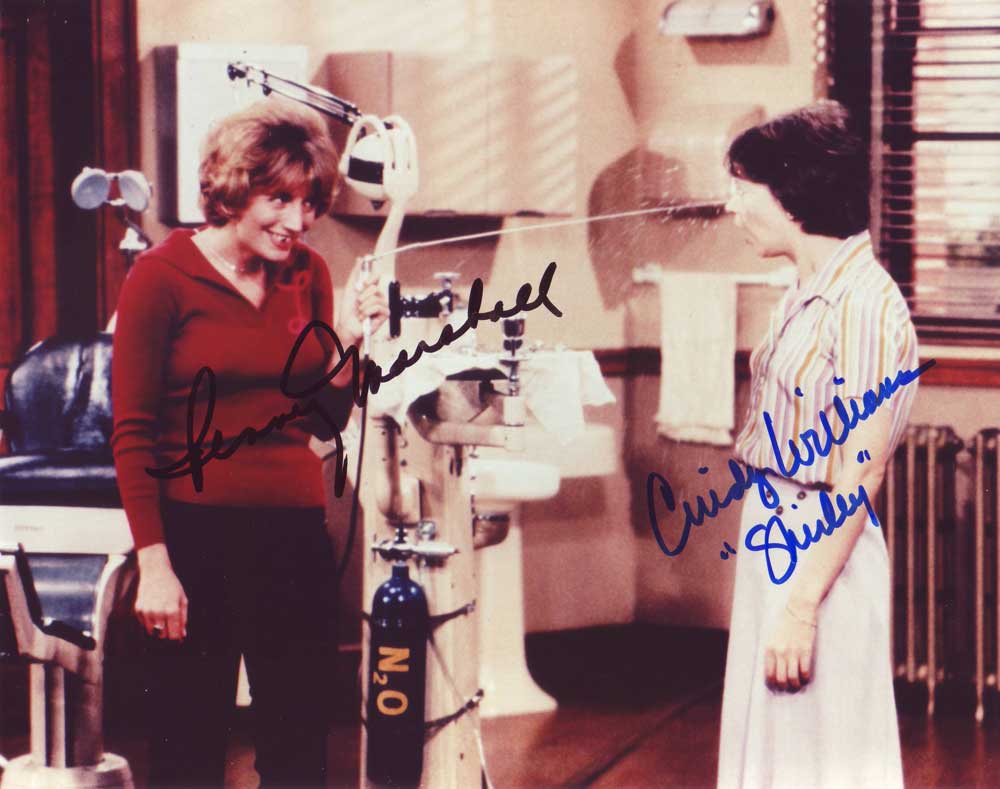 she was a gifted actress and director. she will be missed! just recently rewatched big in her honor!

In the early days of reality tv shows, there was one of those life of a celebrity shows with one episode being on Penny and her autograph collection. The more memorable portion of it, for me, was that she was actually friends with Kobe Bryant but didn't want to ask him for his autograph. Instead she wound up buying a signed basketball with coa that turned out to be fake. It was just some generic company coa but she believed the coa makes the autograph real. Kobe was actually at her home and saw the ball and deemed it fake. Her reply, in her accent was "but it came with a certificate." I will always remember that one.

Jason -- THAT sir, is an amazing story. Thanks for sharing it. Ya know, it always amazes me when famous people, don't want to ask other famous people for an autograph. All she would have to do is, put herself in anothers shoes. I'm sure it didn't bother her, if a sister, or aunt, asked her to sign a photo for a friend or co-worker. SO why would a friend not want to sign for you???  Now, Pat O'Brien (broadcaster) has a great story. He has a few pieces of memorabilia, and was good friends with Jordan. When he played his last game with the Wizards, he had thrown his jersey and a few of his other jerseys, into a pile on the floor of the locker room. One teammate went and grabbed one to keep. Pat grabbed one, and looked at Jordan. He said something like "Oh come on man! You better not take that." So, Pat put it back down, but still regrets not taking it.

Well, first he said "no, no, no. we're not doing autographs tonight." (even though he signed autographs for the people outside that didn't pay the $500 to get into the event. Security then told me not to bother him again. So...I waited approximately 3 minutes and 18 seconds, and he was at a table near mine. I approached him, saying that every other Beatle had signed the album. he then shouted "I said no autographs tonight!!!!" Security then grabbed me, one on each arm, and said "If you bother him again, we throw you out." The crazy thing was, everyone else was taking selfies with him, and filming him. He just didn't want to sign an autograph. So...long story even longer, the guitarist and I had mutual friends, and I had to spend months getting him to get it signed for me, which he eventually did.

pictures of it would be great! :)

Penny Marshall was born in The Bronx three years before me. I never met her. She and I attended Junior High School 80, as did Calvin Klein and Ralph Lauren (then Lifshitz). I never met them either.

Before "Laverne & Shirley," she was Myrna Turner, Oscar Madison's secretary, on "The Odd Couple". She appeared in 27 episodes (1972-1974) - only Oscar, Felix, and Murray the cop were in more episodes.

In one episode, Oscar asks her to come to his apartment to type something he needed typed. When she finished the page, she took it out of the roller, held it up, looked at it and exclaimed: "Miss Holzaphel would be proud!" Miss Holzaphel was my typing teacher at JHS 80 and I am sure was Penny Marshall's typing teacher too.

When I attended my 40th De Witt Clinton HS reunion in 2002, Gary Marshall was there with friends celebrating his 50th HS reunion. I asked him for his autograph. He signed "To Herman / Happy Days / Gary Marshall." Then he added, "Ya know, my sister Penny collects autographs."

That's really cool Herman, and a great graph. I forgot about her role as the secretary! I met Marshall with Streisand at the Triple Pier Expo about 20-25 years ago. They were dressed as bag ladies, floppy hats and all, and eyeing and buying $$$ vases and such to be delivered, LOL. Hardly subtle. I also met Klein, in between Michael Musto & Marilyin Manson(!) at a Radiohead concert. Very strange! Good night Mrs. Holzaphel, wherever you are! ;) Happy Days indeed :)

Happy Holidays to you too, Eric.