Can you believe 9 months for this 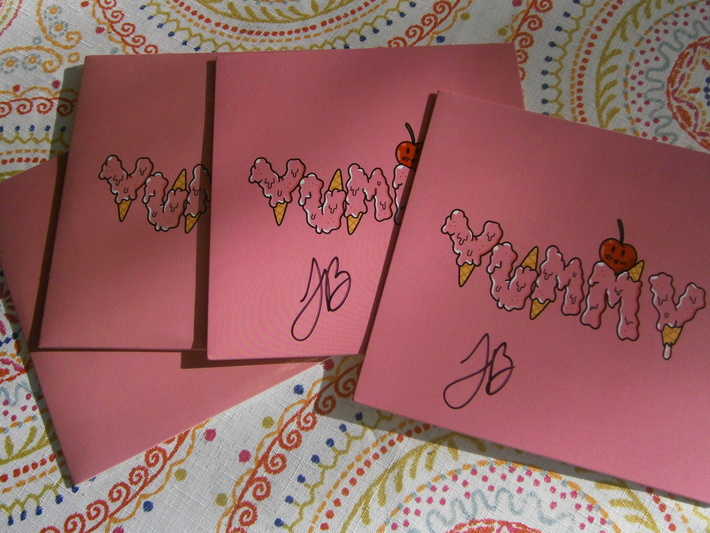 ve 9 months for this

how sad.  are they even real?  I dont know his style

Was this auto penned? LOL

I bought same, sure dissatisfied

I believe that's his regular signature these days, better than the Lady Gaga pieces at least.

That's actually better than what I expected.

"JB" is all I would've expected. I think he's been signing most stuff that way for a while. I know I've seen a signed "Never Say Never" senitype promotional thing that was just signed JB and that would've been from 2010ish.

I remember in May when he posted a video of him signing these on social media, and the price for them on ebay immediately spiked. I think it was because the ones in the videos had a full signature and were in silver.

so the thoughts are they are real?

I missed out on these and i'm glad now lol, as far as if they are real, when i blew the pic on this post up it did look like there might be some of the dots at the end of the letters that are usually left by the auto pen machine but it was hard to tell for sure. if they are auto pen they used more than one version of his signature because they do differ slightly.

I read people were saying they are fake there are different style signatures. But no idea of that's true.

Some people in facebook groups are saying they're fake because they dont match in person autographs (they only provided one example). Another said they've already failed Beckett, JSA, ACOA, yet when i ask about where they saw Beckett or JSA fail them they provided no proof of it.

So i have no idea if they're legit or not.  But i would think an autograph that he is sitting down compared to one that he is standing/rushing around would look a tad different.

If they are autopen or fake, it should have taken 9 months to ship lol