Leary of Athenticity of Guitar Signed by Pink Floyd Members

On 01/30/2021,  I made a visit to a furniture consignment store that I have made prior purchases from.  I noticed a display of 12 autographed guitars on the wall. A bass guitar signed by Paul McCartney with a selling price of $1999.  Since I'm a big Pink Floyd fan I inquired about the Pink Floyd guitar which was also selling for $1999.  It was an "Electa" allegedly signed by all members.  The store manager produced two pieces of documentation; Certificate of Authenticity from Legendary Productions, John Murray, Registered Agent, and an Appraisal from Stein & Sons in Las Vegas.   She also claimed that the seller was a collector from Florida who decided to sell of of his collectable guitars.  They also had a signed "Legends" guitar selling for $6499 with the signatures of Eric Clapton, BB King, Kieth Richards and 5 other notable guitarists.

Stupid me, being an absolute novice at this,  bought the Pink Floyd guitar and when I got home my brain kicked in and took control over emotion.  I conducted hours of research on the internet and was led to this website.  I discovered that around 2011 and 2012 there had been a 4 page thread in reference to a scam with Legendary Productions.  During the course of my investigation I contacted two pawn shops in Las Vegas and both indicated that they had never heard of Stein & Sons Appraisal.  I also discovered that there are at least four similar guitars floating around out there with the same type pictures.  I have discovered much more irregularities as well.

I returned the guitar to the consignment store the next day and informed them that I was not comfortable with the authenticity of the guitar.  The returned my money and I informed the manager that she may want to research the matter as well.  She responded that the documents are legit.  I told her that based on my research they are not.

Attached are photographs of the "authenticity" documents and the guitar.  Any feedback would be appreciated. 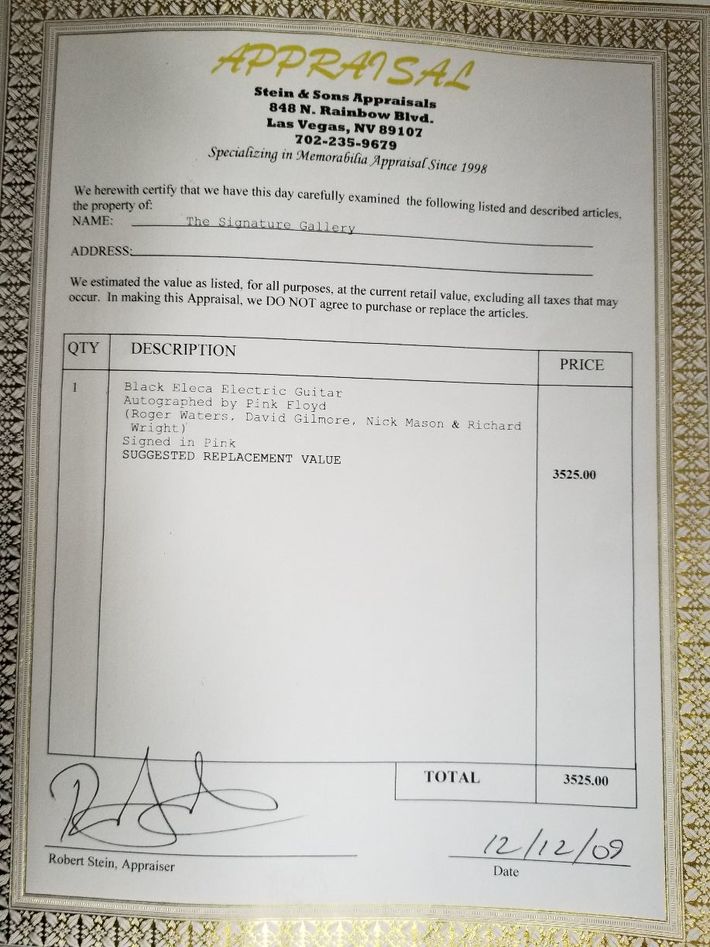 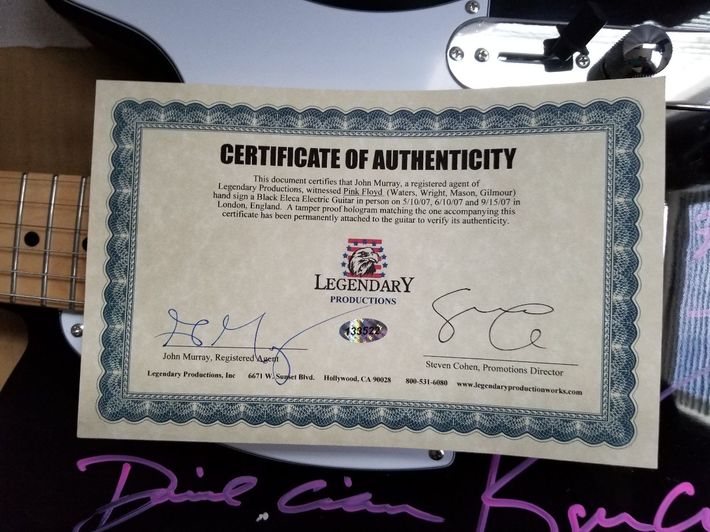 Those signatures are absolutely horrible!!!

I agree.  There are about 4 other guitars floating around out there with similar signatures. Example below.   Yesterday I spoke with the seller of this guitar and he said he had legitimate paperwork.   He sold it 5 years ago and never heard from the buyer. 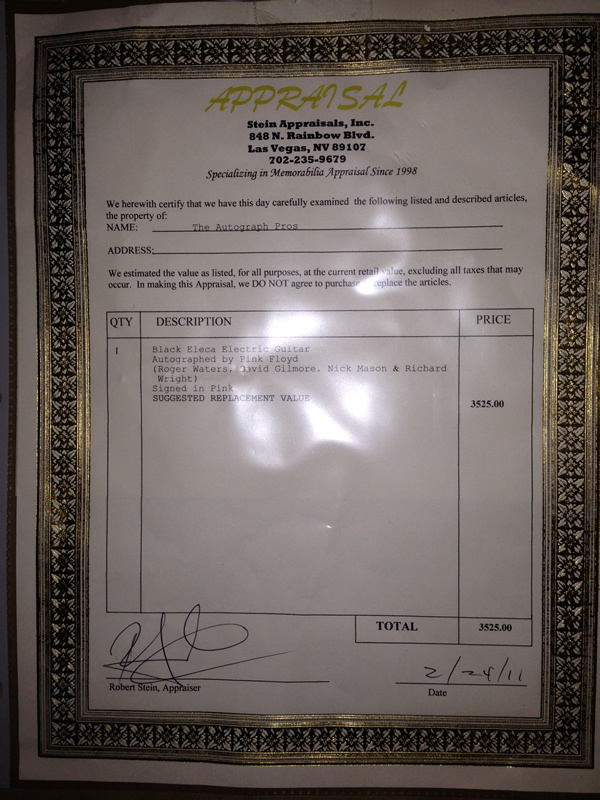 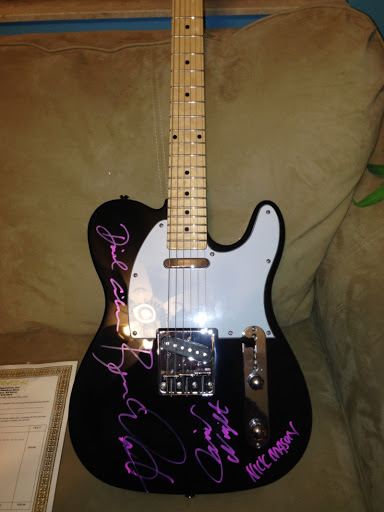 Obviously and unfortunately forgery. The cost was the biggest red flag apart from the terrible signatures.

Those might be the worst Pink Floyd fakes I have seen in my life! My eyes are bleeding...

I pulled this from the the store's Facebook page...dated January 17th:  It may have sold because I did not see it Saturday. 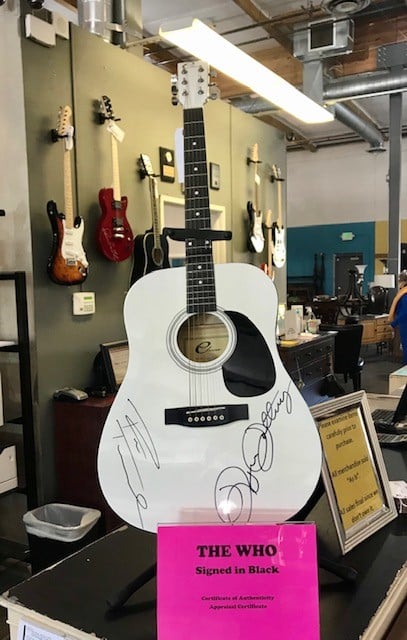 Those who signatures are awful. That furniture store really should stick to furniture. And the Pink Floyd appear to be forged by a five year old child who forgot his add meds...