One per customer with Waterstones

JSA authenticated one of the printed signatures. I just got a mail confirming that my waterstones pre-order is finally on way to me... It´s just sad to read that some stores sent out autopen books! :( I will share mine as soon as I´ll receive my package! 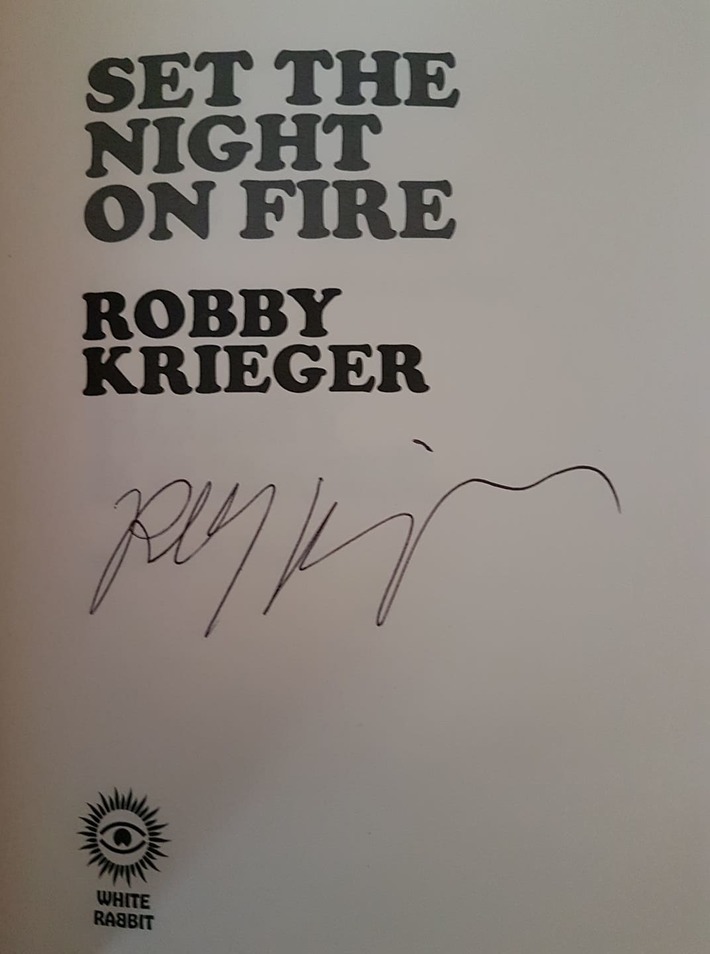 Permalink Reply by Tobysautographs on November 6, 2021 at 3:54am

Now on Coles too: 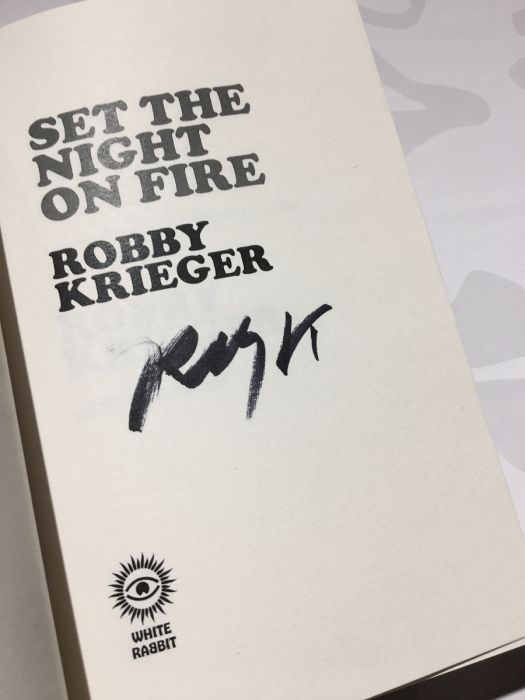 Although interestingly, these look to be signed in sharpie with a ‘Robby K’ sig

https://talkshop.live/product/dshGU6mSKrk9/set-the-night-on-fire-au...
Today is my birthday and my wife gave me a copy. And when I say copy I mean a copy with the signature being a copy that is very disappointing. I can’t believe they can get away with selling this crap. It’s going back even though I do want to read the book. Send it back I did happy Birthday

Here are my two…  The first is from Waterford’s and I can’t where I got the other. Just received this note from B&N: We are writing to you about your recent order for the Signed Edition of Set the Night on Fire by Robby Krieger. The publisher has notified us that the author used both hand-signed “tipped-in” pages and “auto-pen” signatures on the copies that we sold as a Signed Edition. Unfortunately, we have no way of determining which copies were signed and which copies were auto-penned, so we cannot verify which signature you received....Nice to see them acknowledging what we've already suspected was the case. Anyway thought I'd share this email with all concerned,you may actually have a real auto and not an autopenned version(most of us don't). Btw how do you think they compensated me for it? A $5 B&N gift card,now we're talkin'!!!