Was thrilled when I got this one back from PSA! 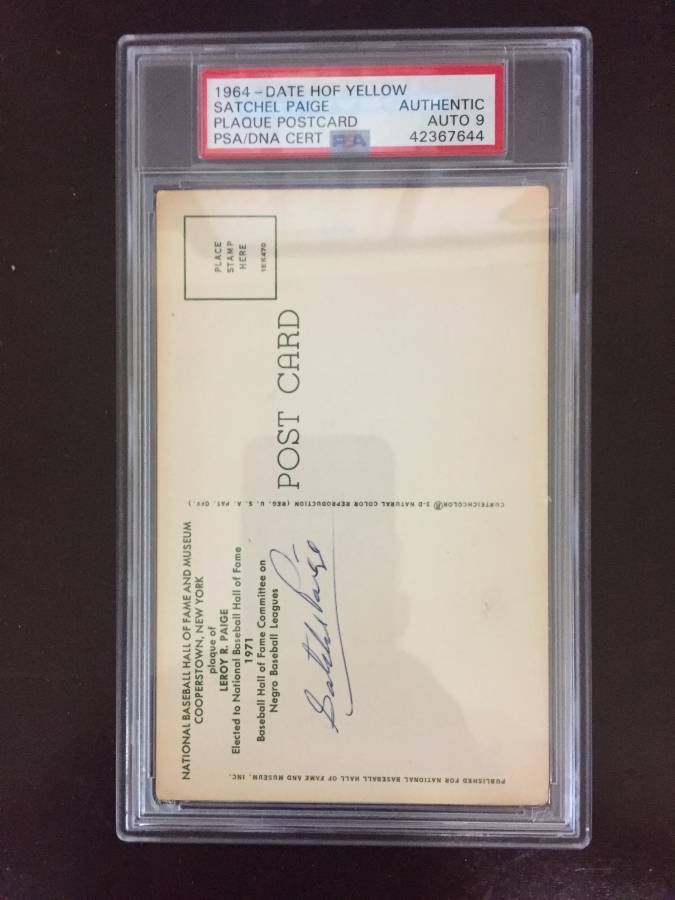 Nice... I need a Satch for my collection!

I used to have a Satchel Paige autograph on a team-signed baseball.  Get this. I bought it for $30 at an antique store in 2009.  When I bought it, I didn’t even know it had Satchel Paige on it.  It was a 1960s Kansas City A’s team-signed baseball.  The antiques dealer didn’t know much about baseball, and only put a $30 price tag on it.  Well, for $30, I thought I couldn’t lose, and I didn’t look the ball over very closely until I got home with it.

Then I noticed the Paige autograph among the 25 or so other autographs.  Then I was psyched!  So I did some research and determined it was a 1965 KC A’s ball.  In 1965, Charles Finley, the owner, signed Paige to a one-day contract so that Paige could pitch in one game at the age of 59 to become the oldest MLB player to ever play in a game.

So in that one game in 1965 at age 59, Paige pitched 3 scoreless innings!  Afterwards, he signed a number of baseballs along with other team members.  So the ball was pretty historic.

I so wish I still has that ball.  I ended up selling it to a local dealer for $485.  The Great Recession was in full swing, and I kind of needed the money at the time.  But that was a ball to treasure for sure.

Too bad you don't possess that ball now, James.